(Publisher’s Note: This is an advertorial paid for by the Committee to Elect Gene Fahey Mayor.)

“Leadership is the capacity to translate vision into reality.” – Warren Bennis

The City of Wheeling has experienced many positive changes within the past eight years.

The Capitol Theater continually boasts large crowds for nationally renowned acts in a venue that was once dark. Wesbanco Arena has undergone major improvements drawing larger crowds for Nailers games and other special events. A new water treatment facility is being constructed to replace the aging plant currently in operation. Downtown Wheeling will soon welcome an influx of residents and students in the renovated Stone & Thomas Building. Small business owners are gearing up for the opening of the Health Plan which will bring hundreds of people into downtown Wheeling every day.

These changes were vital to a declining Wheeling and would not have happened without the efforts of our city council, including, in no small part, the vision, hard work and persistence of Vice Mayor and 6th Ward Councilman Gene Fahey. Fahey wants to continue to build upon these improvements, to further our progress and continue with the revitalization of our great city, and that’s why he’s chosen to run for Mayor of the city of Wheeling. He believes he possesses the management skills, vision and experience to lead the city to a brighter future. 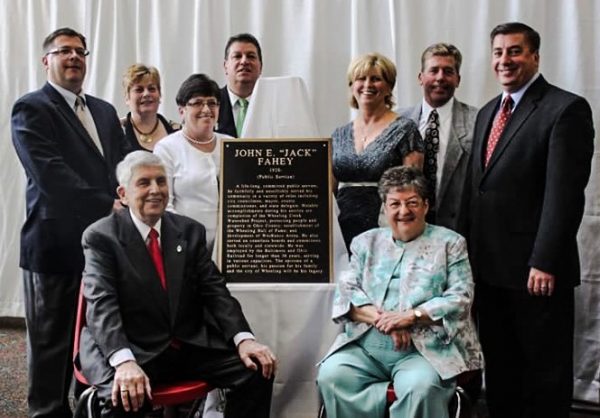 Fahey’s father, Jack, was inducted into the Wheeling Hall of Fame in 2011.

Fahey believes he is the most qualified candidate for the job and he has stated, “You should base your vote on merits and proven ability.”

He contends that it is vital to focus on each candidate’s credibility and credentials when making the decision on May 10.

Fahey is clearly qualified for the task at hand. Not only has he served on city council for the past eight years, making him the only candidate with experience in city government, but he has also been strongly involved in Wheeling community activity for most of his life. He has held leadership roles on numerous committees both before and during his time as vice mayor.

In his full-time career as vice president of Altmeyer Funeral Homes, his management and decision-making skills are called upon on a daily basis.

Our city government exists, first and foremost, to address the services that its citizens rely on day-to-day. It’s clearly beneficial to choose a candidate that has experience making the kinds of decisions that our city officials are called on to make. With the leadership qualifications he possesses, Fahey is well-suited to take on the duties of Mayor of Wheeling. 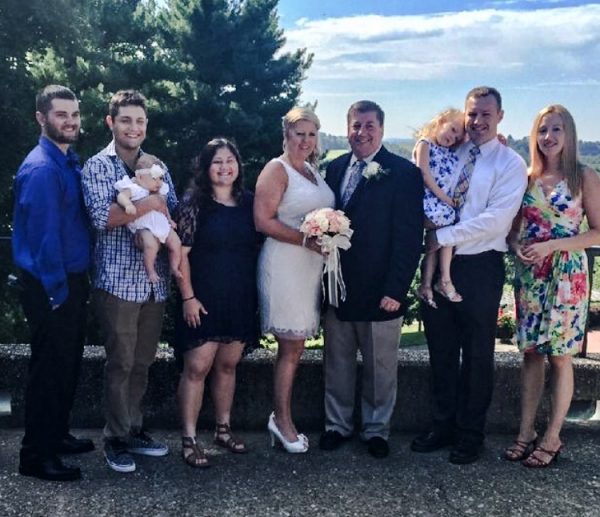 While it’s important to note the achievements of the past, especially where they speak to a candidate’s record, it’s time to look toward the future. Fahey is a mayoral candidate with vision. He and the current city council have set a solid foundation to build upon, and that’s just what he intends to do with his time should he be elected the next mayor of Wheeling.

In his vision for the future of our city, Fahey notes some areas that we need to address or continue to improve upon. He recently outlined what he believes are three of the most pressing issues facing the city today:

Fahey also has addressed the importance of infrastructure management.

The health of our city and the ability to grow economically depend on a solid, working infrastructure. He has stated that our goal should be to become proactive with infrastructure issues. Fahey has not only been a champion of infrastructure projects as city councilman, but he has been a leader in finding solutions for dedicated funding.

And he has pledged to continue to push for resolutions to our aging infrastructure problems until city government is able to be proactive with these issues.

Fahey is concerned with finding a retirement solution for the city’s non-uniformed employees. The average age of these employees, largely a labor force, is 57 years old. These employees currently do not receive Social Security or Medicare benefits, making it nearly impossible to retire. Fahey wants to work toward a solution to take this burden off of these dedicated city workers.

Fahey also sees a need to work toward a more cohesive relationship between the city’s fire and police departments and those run by the county. He believes that a solid working relationship will improve the vital services that these departments provide us. 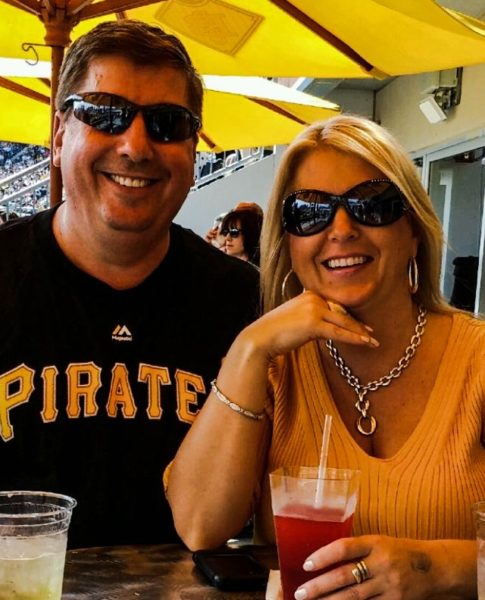 The Faheys enjoy rooting for the Pirates at PNC Park.

A good leader is not just continually reactive to others ideas and suggestions, but one who can form his own ideas and help make them a reality. A lifelong resident and tireless public servant, Fahey has proven his dedication and commitment to Wheeling and improving the community and has also shown his ability to help bring to life positive ideas for change.

He believes that a shift in leadership would halt forward progress.

With the election less than a week away, it’s important to both know your candidates and choose a candidate you can trust. Fahey is an open and honest candidate with solid experience to be mayor.

Experience can sometimes have a negative connotation, and the status quo can be considered undesirable just because it is not new and exciting. But that is not the case here.

If the old way isn’t working, then you find a new way, but clearly the current trend is on course and leadership is finding ways to make progress. Gene Fahey is the proven leader that Wheeling needs to continue on the path to further progression and improvement in our community.