A few years ago in the late fall, my wife, Julie, joined me for a business trip in Europe. We ended up in Paris for Thanksgiving weekend.

We stayed at close friends Joel and Cynthia Palaez’ condominium on the island of El San Louis in the river Seine, about 100 yards from Notre Dame Cathedral. It was the most amazing experience. From the condominium, we walked to the Louvre and the Musee d’Orsay, experienced the wonders of the Champs-Élysées, had the best gelato of my life, and above all visited the Eiffel Tower.

For me, the Eiffel Tower is one of the great architectural wonders of the world. It towers above Paris and is the most visited paid monument in the world with nearly 7 million visitors per year. 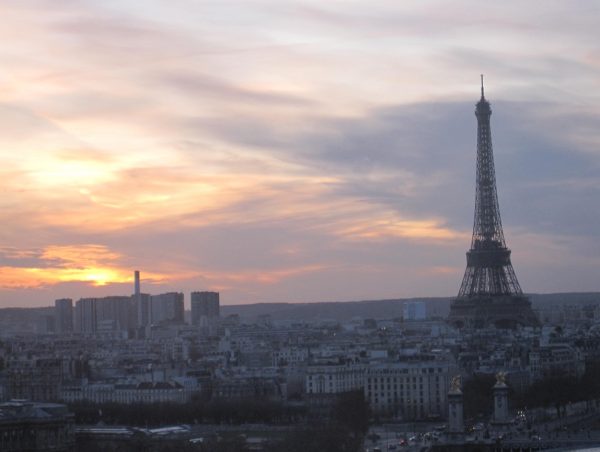 The tower was erected in 1889 as the entrance arch to the 1889 World’s Fair. With a height equivalent to an 81 story building, it eclipsed the Washington Monument to become the tallest man-made structure in the world.

When you experience the Eiffel Tower in person, you realize it is not as massive a steel structure as you might suspect. Instead, it is an elegant lattice-work of thin iron castings made from puddle iron — a form of wrought iron. 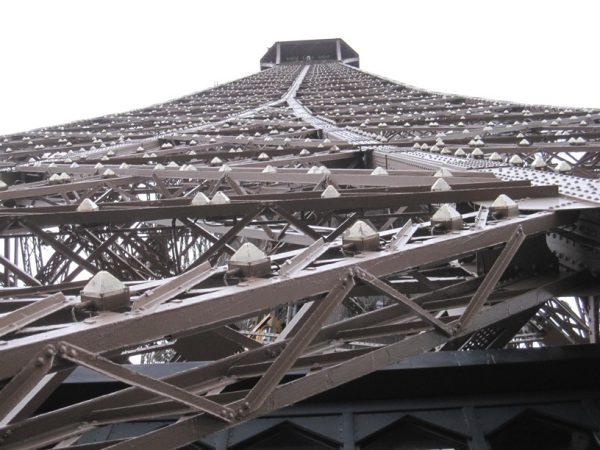 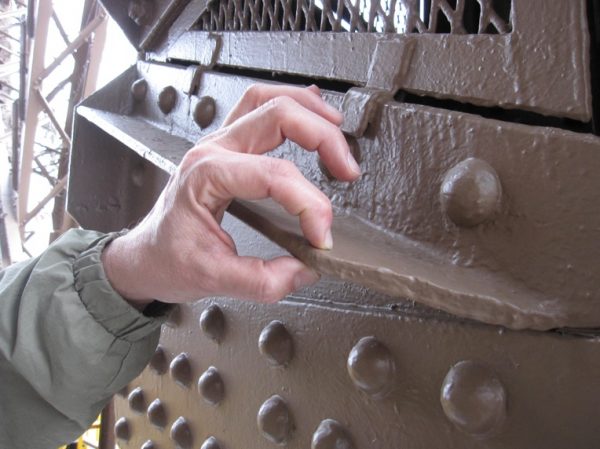 Most of the structure is as thin as is shown here. Photo by Julie Joseph. 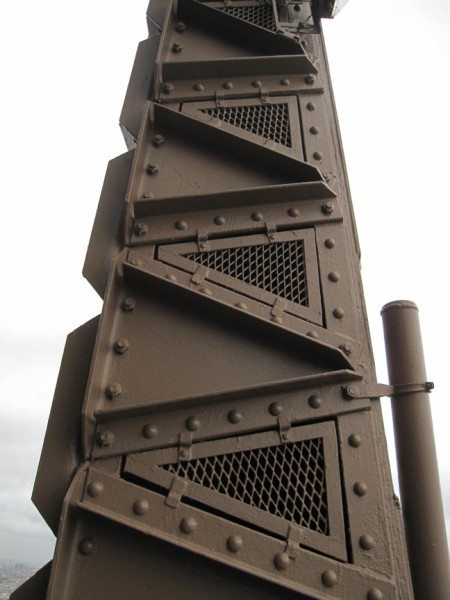 And what nerd couldn’t love a monument emblemized with the names of the great French scientists and mathematicians, like Ampère, Arago, Becquerel, Daguerre, de Coulomb, Foucault, Fourier, Fresnel, Gay-Lussac, Lagrange, Laplace and Poisson? These people changed the world forever. 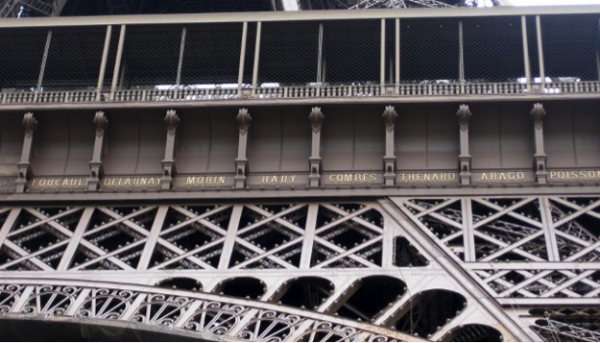 While I was on the Eiffel Tower, it suddenly occurred to me: Where have I been on another iron structure of similar size and efficiency of design? The Wheeling Suspension Bridge! 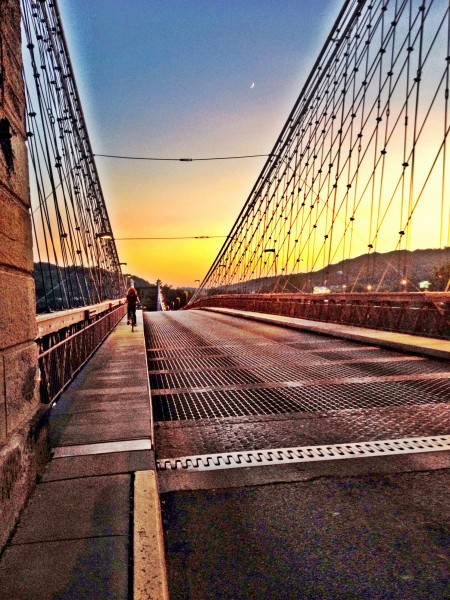 It was built with a span of 1010 feet from tower to tower. That is a span more than 3 1/3 football fields long.

But here’s what first occurred to me in Paris. If you take the Eiffel Tower and set it on its side, it is within 50 feet of the same size as the Wheeling Suspension Bridge.

And, the Wheeling Suspension Bridge is still the 131st longest span bridge in the world.

Just as the Eiffel Tower today still lifts people high in the air so they can observe Paris, the Wheeling Suspension Bridge is still at work carrying as much as 80,000 pounds of moving vehicles at a time across the Ohio River. 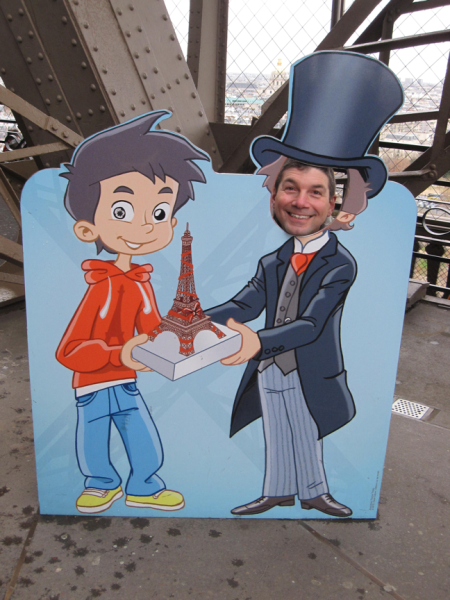 Brian Joseph at the Eifel Tower