Do you possess an idea for a new business or community-related event?

Could $1,000 assist you with making that idea a reality?

If so, the organizers of the quarterly “Show of Hands” events wish for you to know they are now collecting applications from those wishing to participate in the next pitch, set for May 13 at the Capitol Ballroom in downtown Wheeling.

“What we found incredible over the first four ‘Show of Hands’ events is that we were able to put $10,000 right back into our community,” explained Jake Dougherty, director of ReInvent Wheeling. “Thanks to the crowd of more than 200 people who attended the final event, those dollars were pumped back into projects that have led to improvements in our community.” 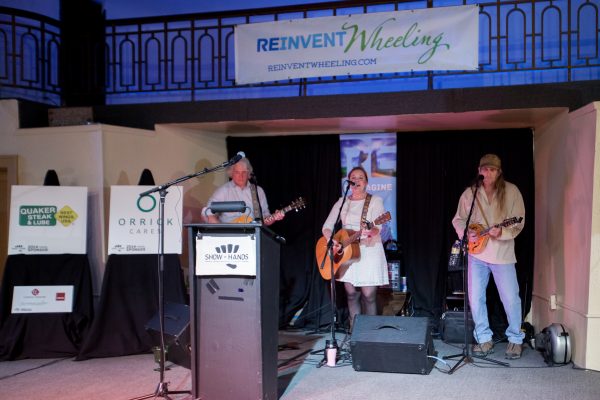 The international law firm of Orrick, Sutcliffe & Herrington has once again signed on to be the lead sponsor for “Show of Hands.” For each of the four events, Orrick will supply $1,000 in prize money to the winning participants.

“Being involved with ‘Show of Hands’ is incredibly important to us here at Orrick because the events represent the true spirit and culture we have had,” said Wil Turani, director of operations at Orrick’s global operations center on Main Street. “Orrick will also continue to promote the city of Wheeling and the great organizations that we have here, and ReInvent Wheeling is one of those organizations.

Dougherty believes “Show of Hands” enables the firm to continue the work it initiated soon after arriving in the Friendly City in 2001.

“It’s a great thing to have Orrick back on board with us because of the level of support they have offered from the very beginning,” Dougherty said. “Orrick has been very active with efforts to revitalize the downtown area since coming to Wheeling more than 10 years ago, and their support of ‘Show of Hands’ is just another example.

“Their sponsorship makes it all happen, so it is good to see that they are happy with the success of these events and the coinciding results,” he continued. “We are looking forward to reviewing all of the ideas that are sent to us between now and the deadline on April 28.”

The application to participate can be found online at http://downtownwheeling.com/show-of-hands/. The event also has a Facebook Event Page: https://www.facebook.com/events/482813701872271/. 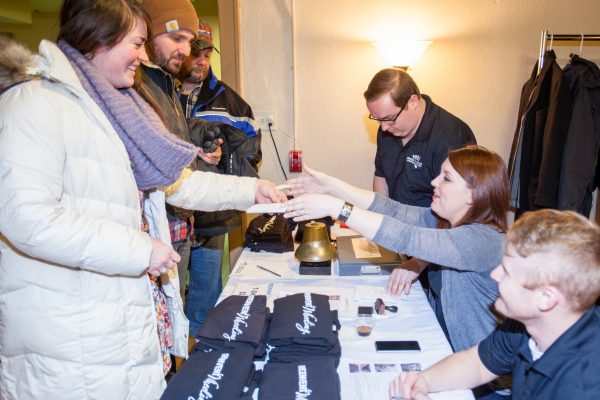 Allison Skibo was on of the volunteers who welcomed those in attendance at the “Show of Hands” event in February.

Immediately following the deadline, Dougherty will collect a panel of at least 10 local residents with diverse backgrounds and business interests to review the submitted ideas. That panel narrows the field down to four presenters.

“There are a few things that are taken into consideration, including the proximity to downtown Wheeling, and does it fill a void? They also consider how far the $1,000 can go to make the idea become a reality in our community,” Dougherty explained. “What we have seen so far is that the winnings have gone toward small but important improvements.

“The money has made a difference to those who won the first four events, and that’s exactly what the objective is,” he said. “From a cement floor in a woodworking shop to façade work in downtown Wheeling, these dollars have made a very positive difference.”

The winning presenter not only receives the $1,000 donated by Orrick, but also the cash collected at the door. Those who attend donate $5 each, and more than $1,000 was collected during the event in February. Scrappy Pappy’s Recycling Center won that event, and Friendly City Foods, Stages in downtown Wheeling, and Wheeling woodworker D. J. Shalvey captured the victories during the initial three presentations. 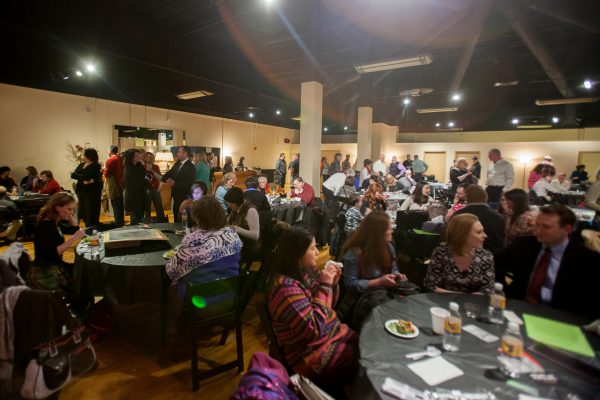 More than 200 local folks attended the most recent event staged at the Capitol Ballroom.

“What’s really great about ‘Show of Hands’ is that anything can be pitched during these events. There really are no constraints,” Dougherty said. “The participants can represent a business or a non-profit organization, and at the end the community makes the final decision.

“The number of applicants has grown with each event, so we’re hopeful that we’ll receive more than we have ever received before the first four,” he added. “Right now we have just under two weeks before the deadline, so there is plenty of time for folks to get their ideas together and to submit them.” 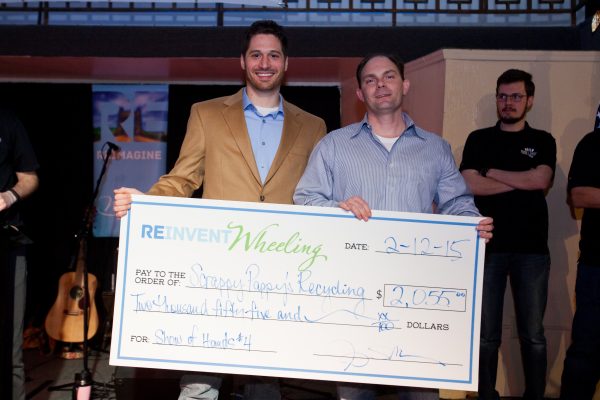 Jesse Mestrovic and Scott Ludolph were presented with the prize money after Scrappy Pappy’s Recycling Center was named the winner in February.