One of the world’s most famous books is coming to Wheeling.

Only 233 copies exist of this first collected edition of Shakespeare’s plays, and Oglebay Institute is excited to display one belonging to the world’s largest Shakespeare collection. 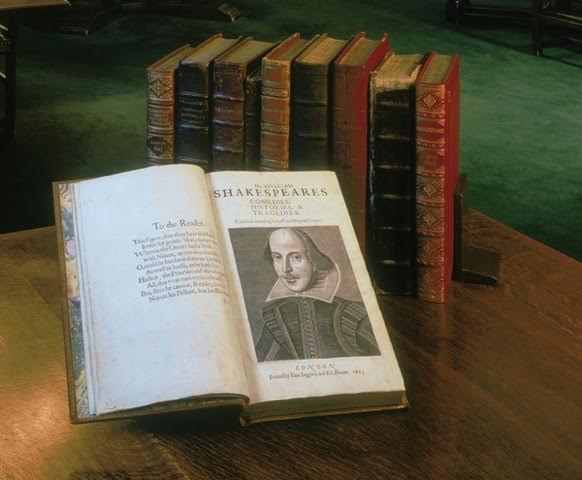 “We are honored to have been selected as a venue to help share this extraordinary part of the world’s cultural heritage,” said Oglebay Institute director of museums Christin Byrum. “For most people this will be a once in a lifetime opportunity to come within inches of one of the most influential books in history.”

Folger Shakespeare Library, which holds 82 copies of the First Folio, is touring a Shakespeare First Folio to all 50 states, Washington, DC, and Puerto Rico in 2016. Oglebay Institute’s Mansion Museum is the only stop on the tour for the state of West Virginia.

The exhibit titled First Folio! The Book that Gave Us Shakespeare will be on display at Oglebay Institute’s Mansion Museum, located in Oglebay Resort, from May 9 to June 12 and is open to the public from 10 a.m.- 5 p.m. daily.

On tour, the First Folio will be opened to the most quoted line from Shakespeare, “to be or not to be” from Hamlet. Accompanying the 1623 book will be a multi-panel exhibition exploring Shakespeare’s impact, then and now, along with interactive, digital activities.

To celebrate the First Folio’s arrival in Wheeling and to kick off the community-wide celebration of Shakespeare and his legacy, Oglebay Institute will host a Madrigal Dinner, recreating the regal elegance of the Renaissance through costumes, feast and revelry.  The event takes place at 6:30 p.m. Saturday, May 7 at Camp Russel in Oglebay Park.

Byrum describes the event as “an evening of live music, entertainment, food and drink fit for the Bard himself.”

A multi-course meal reflective of traditional Renaissance feasts will be served, and there will be ample supplies of Claret, Mead and English Ale. Featured entertainment includes the musical ensemble Marginalia, performing Renaissance music on period instruments and The Rustic Mechanicals, a professional touring Shakespeare troupe.  As a special perk, dinner attendees will receive a private First Folio! exhibit preview on May 8.

The Madrigal Dinner is sponsored by Harris Law Office and is one of dozens of public programs taking place in Wheeling in conjunction with the First Folio! exhibit.

Oglebay Institute has partnered with West Liberty University, Wheeling Jesuit University, the Ohio County Public Library, the West Virginia Reading Association and other community partners to present a series of programs during the four-week exhibition to connect the public with the Bard, his work and the history of the printed word. Programs range from lectures and interpretive displays to film festivals, family programs and theater productions. To find out more about the exhibit and events planned, visit OIonline.com.

(Advanced reservations are required for the Madrigal Dinner and can be made by calling the Museums of Oglebay Institute at 304-242-7272 or at OIonline.com)