Standing in downtown Wheeling, “the original gate to the West” (as Wheelonians sometimes call it), it’s hard to throw a stone without hitting something historically significant. That is especially true at 1413 Eoff Street, the First State Capitol Building (constructed in 1858). The state’s first capitol building is being restored to its 20th century glory, and also being brought into the 21st century.

“The inauguration of our first governor, Arthur Boreman, happened here,” said the building’s current owner, lawyer, playwright and Northern Panhandle native Patrick Cassidy. “And [Boreman] gave his inaugural address right outside the front of the building. We think that it’s also significant that the 13th, 14th, 15th amendments to the United States Constitution were ratified by the state of West Virginia in this building.” 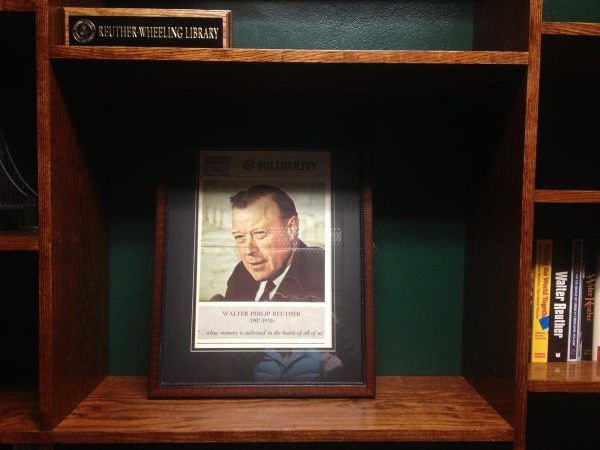 Cassidy is a history buff—especially when it comes to his building, of course. He and his wife Mary Ellen bought the property in 1993.
Snapshot from the Wheeling-Reuther Library inside the cellar of the Fist State Capitol Building

Today, in addition to housing the Cassidy, Cogan, Shapell & Voegelin law firm, it’s also home to several small businesses and organizations as well as West Virginia Public Broadcasting’s northern news bureau, and the Wheeling Academy of Law and Science, or the WALS Foundation.

“It’s mainly an educational foundation that has classes for lawyers and also other professionals in the area,” Patrick Cassidy said.

The Cassidys established the non-profit corporation in 2004 to promote educational programming and consulting in the areas of education, employment, energy, and the environment; and also to promote local economic opportunity, employment, and job creation in Wheeling and the state.

“We’re collecting, hopefully, all the books of local Wheeling authors and we want to display those along with things about Walter Reuther’s life, and also the economic issues that he was instrumental in developing over his lifetime,” Cassidy said, “and that is restoring middle class, issues of inequality which of course resound so importantly today.”
Solar panels were installed on the garage attached to the First State Capitol Building by an Ohio-based company, AAT Solar. The company was awarded a bid for the Wheeling Solar Co-op and is currently installing panels on homes and businesses throughout the area. 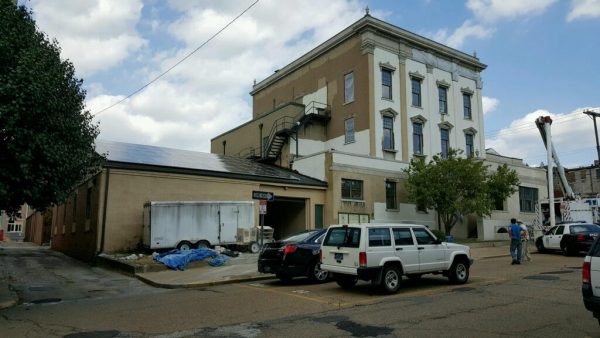 Solar panels were installed on the garage attached to the First State Capitol Building by an Ohio-based company, AAT Solar. The company was awarded a bid for the Wheeling Solar Co-op and is currently installing panels on homes and businesses throughout the area. CREDIT JAMIE DOYLE, VICE PRESIDENT / AAT SOLAR

While the WALS Foundation has been developing inside the capitol building, the Cassidys have continued to restore the property, culminating in final restorations outside. Bucket trucks and lifts carry restoration professionals who are mixing and applying fresh coats of white plaster cement. They’re restoring the exterior of the building to the stucco, colonial-style finish that was so popular in the ‘20s.

“We’re bringing it back to probably how it looked in the 1920s when it was used as a mortuary,” explained Patrick Cassidy.

But the changes outside aren’t entirely dedicated to historical preservation. There’s an addition to the building, a garage, which was just covered in solar panels making the First State Capitol Building the first solarized building in downtown Wheeling.

Lifelong science educator and scientist, Mary Ellen Cassidy is a passionate proponent for developing renewable energy sources in West Virginia. But it was a personal incentive that got the solar ball rolling at the capitol building.

“It’s a gift for both of us because we both benefit from it,” Patrick interjected.

“To me it’s so much more than those physical panels,” Mary Ellen said. “It’s a symbol of hope, and we’re moving forward, and all things are possible. Every time I see those solar panels, that’s what I hope people will see.”

Patrick and Mary Ellen Cassidy say they feel strong moral obligations to not only reduce their carbon footprints but also to stimulate the economic viability of renewable energy sources and jobs that support them in West Virginia. They say old buildings here are capable of being highly efficient, modern structures.

“We’re happy that we not only have a historic landmark with the complete renovation of the First State Capitol, but we’ve also tried to make it a model of energy efficiency, to demonstrate really that preservation is the ‘new green,’” Patrick said. “I always like to think, when we think of energy saved when you rehab or restore an old building, rather than tear it down. Part of the energy – don’t forget – is the energy of all those people who came before us.” 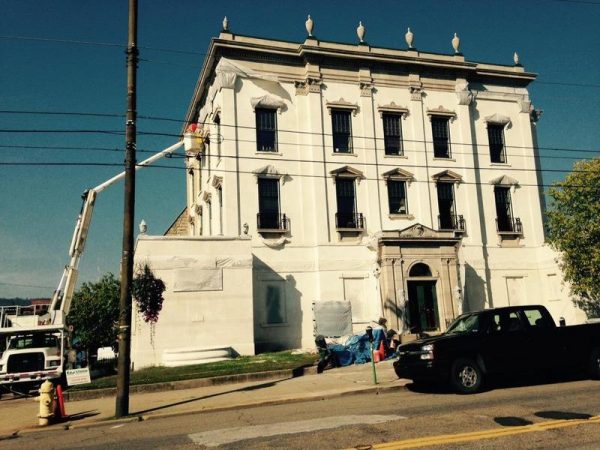