He is not a native of the Friendly City, but Alex Coogan has made the municipality his home since the Maryland-born candidate for mayor first arrived on the campus of Wheeling Jesuit University in 2003.

After transferring to West Liberty University he plans to graduatethis year, but in between Coogan began four years as the manager of the former Tru Value Hardware located along Washington Avenue. His entrepreneurial career began at the same time when he launched Moogan Enterprises, a rental property company he sold six years ago with 12 total residential units.

Today, Coogan is president of Monoceros Properties, one of the largest housing providers in the Friendly City with more than 90 residential apartments and houses. He works on the maintenance of each of those properties and also has one-on-one interaction with the company’s tenants.

One of four mayoral candidates, Coogan also is the owner of Reliable Appliance, a company he founded two years ago that currently has locations in Lansing, Ohio, and in the Warwood section of Wheeling. The retail outlets sell used appliances once Coogan and his staff members have rehabilitated the appliances. 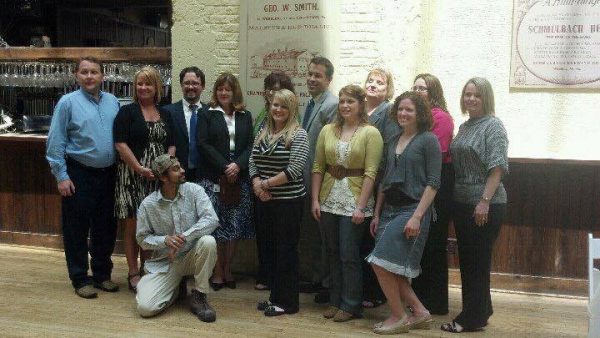 Coogan was a member of the Leadership Wheeling class in 2012.

This is the not first time Coogan’s name has appeared on a ballot because he’s run for both city council and the Ohio County Board of Education in previous years. He is an active member of the Kiwanis Club of Wheeling, and Coogan decided to launch his campaign for Wheeling mayor because of his passion for the direction of the Friendly City.

Wheeling needs new leadership – tried and proven leadership – and I know I am the best candidate for the job. My record in the community and the business world is unparalleled at any age. I know how to lead meetings as well as work crews, and I can walk the fine line between taking charge and allowing others to take charge. This city needs a leader that will encourage the citizens to help make this city all it can be. That leader is me.

Revamping our ordinances to give people their rights back and to make us a community where people want to live and do business is the most critical issue in Wheeling at this time.

When we revamp the codes that have led to selective enforcement and end the “it’s- all-about-who-you-know” mentality, we will instill confidence in government and our community. With this renewed confidence people will expand investments in our area; people will go back to networking and social events, and we can grow together as a community. There is too much of a “city-won’t-allow-that” kind of attitude here. We can change that, here and now, with this election. We will show that we provide a level playing field for all who wish to live and work in Wheeling.

I won’t settle for half answers. I am outspoken and will always stand up to the opposition. I will not ignore problems because I like someone, and I am not a beltway insider. I do not allow slop work from my staff, nor will I allow it from city employees no matter what the rank; if they are riding on the taxpayer’s dime, they will produce.

This has been the key to my success. Everyone who has interacted with me, whether they agree with me or not, knows I will hear other sides of the argument, and give everyone a “fair shake.” They also know I will not hold back when an idea is wrong, shortsighted, or just needs some minor adjustment.

We don’t need anyone in office who will keep doing what isn’t working or will sugarcoat bad results. I also know how to “bring others on board,” and by that I mean I would foster better relationships with our adjoining communities for bigger projects.

We could easily expand out The Division of Operations at no cost to the tax base if we worked with other cities to offer them services using our well-trained and well- equipped staff. The fact we don’t do this now simply blows my mind. When we built a new water plant, we didn’t reach out to others and see if we could be their water supplier; we didn’t think for the future. Had I been planning that, we would have looked to see how we could have expanded to supply more towns up and down the river. It would not only increase revenue to help offset costs, but it would also have helped to bring the Ohio Valley together. 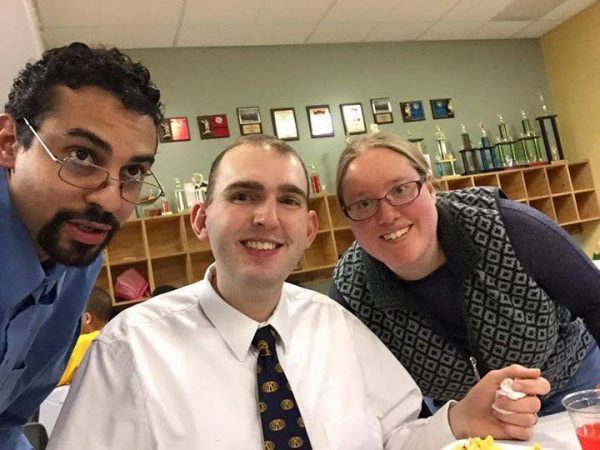 Coogan is an active member of the Kiwanis Club of Wheeling. Here he is pictured with the Lt. Governor of Kiwanis – Division 1 – Blake Williams and his wife, Rikki Williams.

Using social media is a must, and I would modernize the way people communicate with an online suggestion box and a live feed of all council meetings. Using technology in this way would allow for better and faster responses from the city. We could have online submission for everything from street maintenance to suggestions for laws. We have seen the positive effects real time data can have, and for minimal investment, Wheeling could have a smartphone app allowing people to simply, quickly and effectively submit all kinds of data to help the city function smoother.

To show that, I promise when I am elected to donate my mayoral pay back to local charities. We are all in this together and must act as such.

(Photos supplied by the candidate)