Chris Hamm grew up in a different Wheeling from what Wheeling is today, and that means he’s weaved his way to earn a living that’s allowed him and his family to stay here. Hamm has owned the local Indoff Inc. office at 1906 Market St. in Center Wheeling.

His father, the legendary Harry C. Hamm, who passed away on Oct. 25, 1991, was a longtime executive editor of the Wheeling newspapers and the author of the Wheeling 2000 Plan. That means Hamm knew the Friendly City far better as a child than did most adults in the 1970s and 1980s. 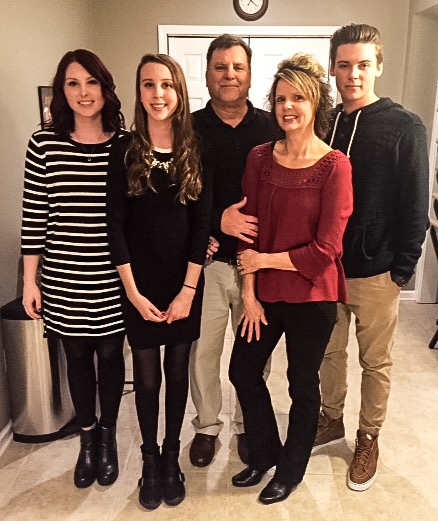 Hamm has been a resident of the Mozart section of Wheeling for the past 32 years and he and his bride of 19 years, Ellen, have three children, Brooke, 19, Kylie, 14, and Trevor, 17.

And that means he has endured the economic decline and that he’s capable of recognizing progress. A member of the Wheeling Traffic Commission for nearly eight years, Hamm has volunteered his time to the city while also battling for improvements to a city-owned park that’s ragged and outdated.

Hamm has been a resident of the Mozart section of Wheeling for the past 32 years. He and his bride of 19 years (Ellen) have three children: Brooke, 19, Trevor , 17, and Kylie, 14, and he’s a 1975 graduate of Wheeling Central Catholic High School.

Ward 3 includes Hamm’s Mozart neighborhood, but also South Wheeling, Center Wheeling, East Wheeling, and a small, four-street sliver of the downtown district. It is the only district in the Friendly City that includes single-and-multiple-family residential, industrial, retail, a tourist destination, a popsicle factory, a Diocesan campus and Cathedral, a United States Post Office, and a hospital.

I am at a stage in my life where knocking on the door of 60 houses and feeling that the city of Wheeling is not just a place I live and raise a family, but it is my town. It is my town where I need to step up and make a difference. Wheeling is on the brink of a new beginning, and I am excited that I just may have a chance to have a bigger part in seeing it through. This is my last chance to help Wheeling be a place where my kids would want to stay and raise a family. The lights are back on in Wheeling. It’s time to plug in. 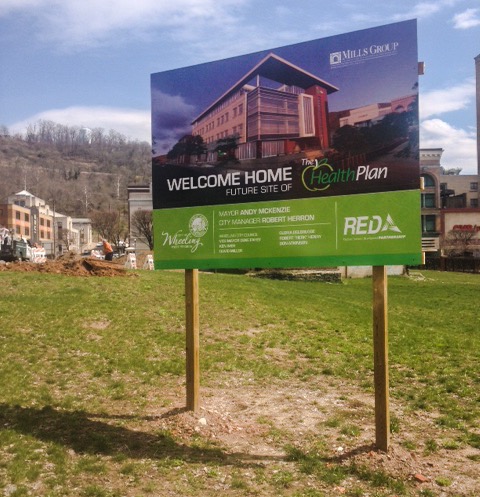 Construction of the Health Plan headquarters will begin this summer and Hamm is hopeful the residents of Ward 3 will elect him so he can take a hands-on approach to what follows the development.

The third ward is very unique in the sense that it covers so many different types of areas in the city. There is the downtown area that is rapidly transforming and making sure that we dot all of our  I’s and cross all of our T’s to make the transition be a lasting and historic change all of Wheeling will be proud of is number one for me.

The Centre Market area is thriving and brings new excitement for all the people not just in that neighborhood but the whole city. Great job, Kurt Zende. I want to back him all the way.

East Wheeling is having its own transformation. Many of its residents have taken new ownership of their streets and are stepping up to make East Wheeling the place I knew it was in the 1970s. I am behind them all the way.

And then there is the Mozart area. Kids need to have a safe place to go when they are outside. The playground lights will be turned back on, and if I have my way, a total renovation of the whole recreational property soon will take place. Also the roads are very bad.

The biggest thing that Wheeling lacks is the support for the businesses that have stuck it out for years and stayed. Our local government has always focused on the NEW businesses that are coming or are looking at Wheeling as a potential home and see what incentives they can offer them to sweeten the deal. I understand this, but when a local government just ignores the bread and butter businesses in Wheeling, it leaves a bad taste in the next generation that someday will either grow that business or move it.

We have many icons in Wheeling that need to be recognized for their years of tradition and dedication to Wheeling. Yes, it is nice to see some businesses expand and be recognized like Panhandle Cleaning and Ziegenfelder’s, but when the Coleman’s , DiCarlo’s, Campeti’s, Jebbia’s, Swisher International Marsh (and the list goes on and on) are never getting a break, then someday we may lose them. Why not re-look at the B&O Tax structure for businesses that have been here for generations and reward them for staying by eliminating it for them?

Also, by interacting in all parts of Wheeling on a regular basis as my wife and I do, we see and hear the needs and concerns of the people of Wheeling. I want to be open to new ideas and support the old ones as well. 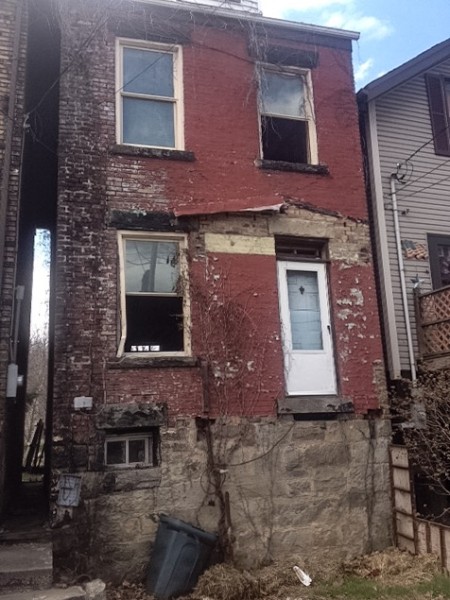 Vacant structures is an issue in Ward 3 that Hamm hopes to confront as a council member.

If elected, how do you plan to communicate with constituents?

Even though we live in the times of Facebook, Twitter, Weelunk, email – whatever your choice is – I still prefer a face-to-face conversation so I can see and hear with my own ears and eyes any concerns or excitement the residents of Wheeling might have. My office is in the middle of town and I always have an open-door policy. Also, I would like to have regular meetings in different parts of my ward which, by the way, are supposed to be conducted as part of a council member’s duties. I am not just talking about piggybacking on a crime-watch meeting; I am talking about a meeting run by me in different places every quarter or so.

First things first – a council member is elected to serve the people and not rule the people. He or she is to be a direct link between the city government and its residents. When that is forgotten, the council member becomes a politician. Not me. I want the people in the third ward to know who their representative is by name and feel comfortable to address me on any issue that arises. We all may not agree on everything, but we can agree to agree on a solution that will benefit everyone as a whole or find a happy medium.

So in a nutshell, I am willing to listen and act for those in our ward and throughout the rest of the city. If we see an issue or problem and we do nothing about it, we become part of the problem.