The life of Frank Calabrese has come full circle during the past decade, and one prime example is the fact that while he now works to preserve Wheeling’s long-standing buildings, his professional career began in the field of demolition.

And he mowed them down one after another.

These days Calabrese owns five Victorian-style buildings with seven businesses he recruited from outside Wheeling, and he is most interested in the human condition within Wheeling’s borders. He has served on many boards and commissions in the past 20 years, including the American Civil Liberties Union, Amnesty International, and Ohio Valley Peace.

Calabrese is a 1970 graduate of Bethany College, where he earned degrees in history and political science, and he is pledging, if elected, to compose a daily online blog to explain the happenings within Wheeling government.

Ward 5 stretches east along National Road from Elm Street in Woodsdale to Lincoln Drive in the Springdale section of Wheeling, and it includes the Edgwood, Pleasanton, and Wheeling Park areas, as well. The fifth ward borders Ward 4 and the sixth ward. 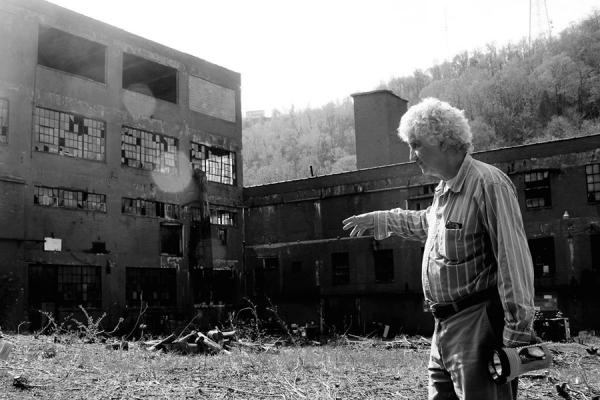 Calabrese conducted a tour of the former Hazel Atlas factory in East Wheeling.

Upon reviewing my bio, I realized that I have devoted many years of my time to the service of others. I have been involved extensively in both humanitarian and government-related service. Running for city council is the next logical step.

I’m heavily invested in Wheeling. From the five Victorian storefronts in Center Market that I’m rehabilitating for new businesses, to the partial demolition and redevelopment of the Hazel Atlas Factory, to recently making available a $7,500 railroad right of way over Wheeling Creek to the City for the Rails to Trails project, I’m actively making our city better for businesses and people.

I have the depth of experience to serve as Fifth Ward Councilman: From appointment to the State Building Commission on a $300 million bond issue, and the State Promise Scholarship Board (two terms, two governors), to service on the national board of the National Demolition Association (9 terms), to a lifetime spent managing businesses operating in bidding, procurement, and administration, I understand the intricacies of our complex city budget and operations.

And I care deeply about Wheeling’s people: From my local board memberships on Wheeling’s Task Force for Domestic Violence, HIV/AIDS Task Force, Wheeling ACLU and NAACP, to nonprofit board memberships at a state level, I’m deeply invested in people. That’s the premise of my book, “From Commerce to Consciousness,” and the mission of my small charitable nonprofit.  I received Wheeling’s 2016 Martin Luther King Jr. Humanitarian Award for a lifetime contribution to the Wheeling community, given by the Upper Ohio Valley Ministerial Alliance. I believe that city government should be a people’s service organization, not an end in itself.

I believe that a lack of transparency and poor communication are the most pressing issues, not only in my ward but citywide. The city has a $33 million budget and faces a plethora of important challenges. This appropriately calls for robust, participatory discussion that should take place in an open environment so that the taxpayers can be kept abreast of developments and participate in the decision-making through having their positions represented at council and embodied in its resolutions.

A fuller discussion of issues goes beyond the scope of this article, but is found on CalabreseforWheeling.com.

For the Fifth Ward, issues include the expedition of separation of water lines to abate flooding, revival of neighborhood associations, revival of aging ward infrastructure and right of way, and continuation of paving improvements, to start.

On the city level, I want to promote transparency and participatory government, budgetary reform, help for businesses, an evaluation of the City Charter, support for citizens and businesses preserving our historic properties, improvements to neighborhood parks, enhancements to Wheeling’s trail system, and greater public access to Big Wheeling Creek among many issues. 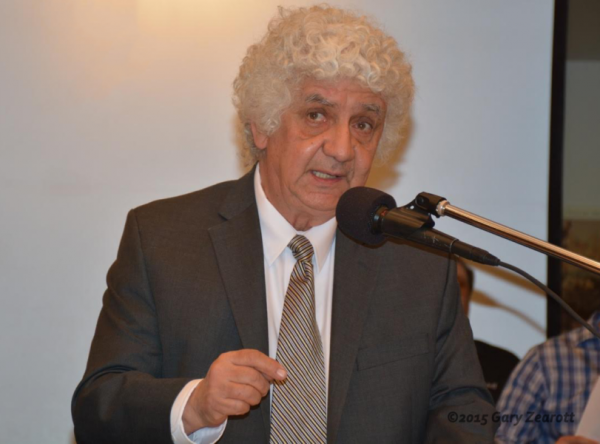 On a personal level, I will improve the city as councilman by leading my constituents to believe that their personal involvement will make a difference. We need to learn together how to talk with each other again actively about the matters that concern all of us.

My greatest objective as future councilman is to enhance the transparency and ease of participation in government, bringing government to the people.

I plan to enhance communication and ward participation in government as follows:

In addition, I am a daily presence in Wheeling’s Center Market, where I am managing the rehabilitation of my fifth historic storefront.

Calabrese’s career was in demolition for many years.

The people of Wheeling, speaking through experienced and well-qualified council members, are the highest judges of whether city policies embodied in resolutions, are good for Wheeling. Our people’s voices have a rightful and primary place in the debate and voting of the city council. And by giving of themselves, the people of Wheeling can both guide and transform the future of our city. Thank you in advance for walking this journey with me, as we work for a better Wheeling.