She despised the news when she first heard that officials with the W.Va. Division of Highways planned to demolish the Aetnaville Bridge, a span that initially opened in 1891 as a bridge for buggies and pedestrians over the back channel of the Ohio River. The 440-foot bridge, designed by the Wrought Iron Bridge Company of Canton, Ohio, closed to vehicular traffic in 1988, but it was utilized by walkers, joggers, and cyclists until closed to all traffic earlier this year.

Karen Corona Merritt, one of five candidates running to represent the second ward, reacted by starting an online petition and raising awareness by launching a “Save the Aetnaville Bridge” Facebook page. Merritt is a Wheeling native, and she lives on Wheeling Island. She is the mother of two grown daughters, Gretchen and Jenny, and she filed her candidacy papers on the deadline day after mulling over the decision for weeks. 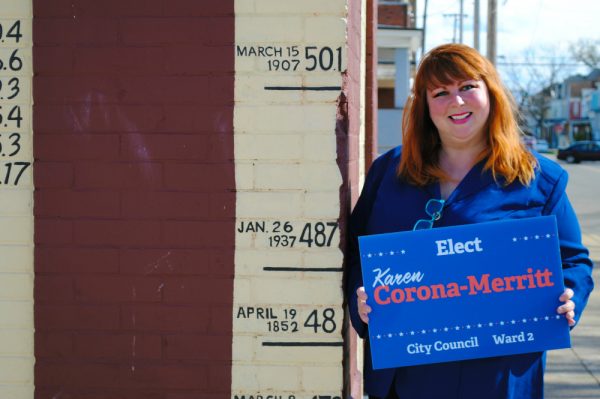 This is the first time Karen Corona Merritt is running for city council.

She is a freelance photographer who offers wedding shoots, senior portraits, and portfolio material. Merritt is the daughter of Mary K. Schlosser and the late Tom Schlosser.

The second ward is bordered by the first, third, and fourth districts and includes Wheeling Island, the Fulton neighborhood, most of downtown, and North Wheeling.

I decided to run the night before the deadline because I felt there was no one running for Ward 2 who would step up to be the voice of the forgotten citizens who don’t think city government cares about them or their needs.

Crime and drugs are of paramount concern. My take on the drug problem is different; I think a great deal of the addiction problems stem from mental health issues. We require better mental health facilities, not jail for addicts. Definitely jail for the dealers though.

Preservation is progress, so let’s SAVE THE AETNAVILLE BRIDGE so those of us on the north end of Wheeling Island aren’t stranded!

A major public transportation overhaul is long overdue, both for the buses and the lack of cab service. Let’s bring Wheeling into the 21st century transportation-wise. 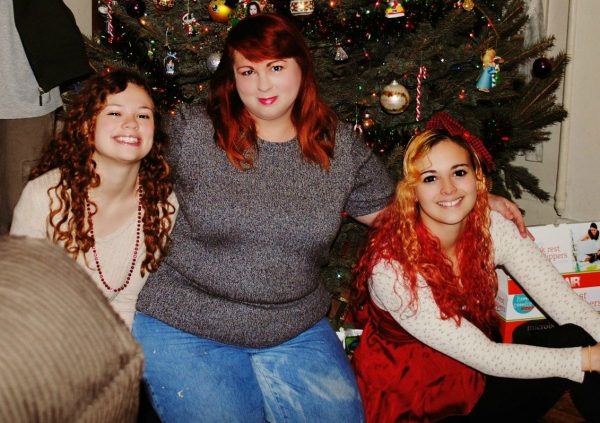 Karen and her daughters reside on the north end of Wheeling Island.

Since I’m not a politician but a concerned citizen with a proven track record for fighting for what I believe in, I’m approachable to those who feel their voices aren’t heard. I’m also born and raised in Wheeling; it’s in my blood, and I’m a proud Wheelingite.

If elected, I will be a different kind of council person — a person of the people. Helping others is a calling I didn’t know I had until it fell into my lap two years ago when I wrote the “Save the Aetnaville Bridge” petition. I’m nothing if not persistent, and the word “can’t” is not in my vocabulary.

I can always be reached via phone, email, social media, or in person at the door of my house on the Island if necessary, and I want to hear from everyone. I will be available and approachable, I guarantee it. Ward 2 can count on it! 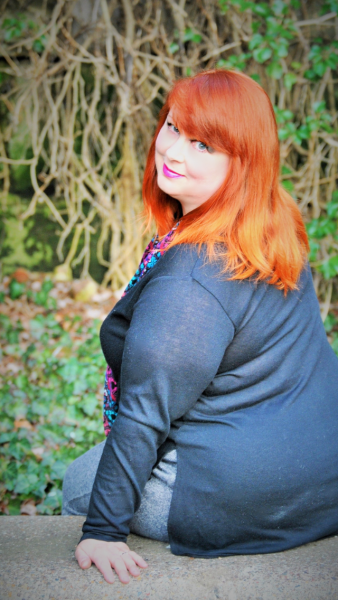 Don’t give up on Ward 2, even if you believe the city has. I want the people of Ward 2 to know I “get” them, and I’m one of them. I’m a single mother of two daughters, and I understand the struggles.

I’m not looking for a position of prestige. I want to be THEIR VOICE in city council. Each area of Ward 2 is beautiful – downtown, Fulton, North Wheeling and Wheeling Island. Others may not see the beauty the way we do. I fell in love with my beloved Wheeling Island, and I will never give up on Ward 2.