He notices things that most people do not when it comes to how nature and civilization mix because civil engineering is a discipline Lloyd Adams learned at West Virginia University nearly 50 years ago. Ever since his graduation in 1968 he has worked in the field for both the city of Wheeling and the state of West Virginia. Adams retired from the state Division of Highways in 2011, and today he resides in the Dimmeydale section of Wheeling.

He first moved to the Friendly City in 1980, when he was hired as Wheeling’s city engineer and director of Public Works, and he and his wife, Jennie, will celebrate their 40th wedding anniversary this Saturday. They have two children, Michael and Jennifer, and a pair of grandchildren.

The fifth ward borders both the fourth and sixth wards and includes portions of the Woodsdale, Springdale, Edgwood, Pleasanton, and Wheeling Park sections of the city. 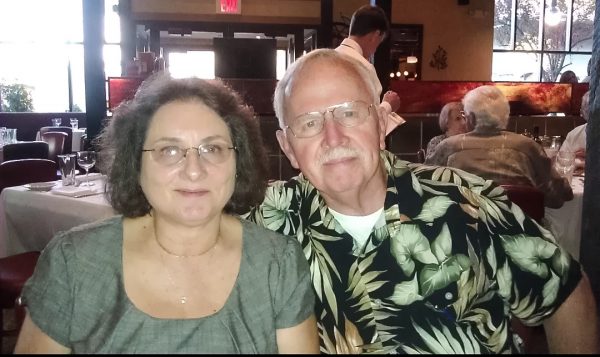 Lloyd Adams and his bride, Jennie, will celebrate their 40th wedding anniversary this Saturday.

I have served the city of Wheeling as its City Engineer/Director of Public Works for 10 years, worked for the Wheeling Park Commission as its Director of Facilities Maintenance and Construction for 10 years, and have a total of 20 years with the West Virginia Division of Highways as a staff engineer, traffic engineer, and District Six maintenance engineer.

The knowledge and experience gained from performing the duties in those three positions have made me very knowledgeable of the infrastructure supporting the city of Wheeling. I want to serve the citizens of Wheeling by becoming a member of Wheeling Council to move it forward into the future by improving the infrastructures while building the business base in Wheeling so that decent paying jobs will be created for the citizens. That way they would not have to move out of this area. I want to make all citizens aware of how their tax dollars are being used and have a transparent government.

The critical issues are combined sewer separation projects. The separation of the sanitary sewage flow from the storm water flow gains two important aspects, the first being the environmental impact being reduced by eliminating the combined sewer diversion structures that allow untreated sewage to flow into the streams, particularly Big Wheeling Creek and the Ohio River.

It would also lead to a reduction of storm water flow going to the sewage treatment plant, requiring it to be treated as sewage, thus reducing the cost of operation of the plant.

Street-paving needs to be developed as a multi-year plan, not only for the city as a whole, but for each ward as well. The upgrading of sidewalks is needed as Wheeling has quite a few runners and walkers, and also for the seniors who enjoy walking. I also feel improvement by the city with restoring curb painting is important to make it safer to turn off of and onto U.S. 40. 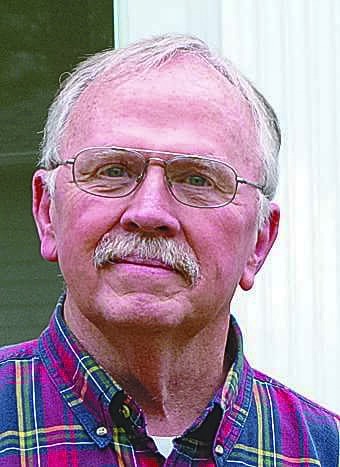 Along with my answers to the first two questions, I believe looking at it on a citywide basis, the development of a series of five-year plans for paving, combined sewer separation, sidewalks, line painting, recreation, and most importantly, to develop a five-year budget-planning process. With proper planning, the city can use its tax dollars wisely and not end up with expensive repairs to a budget. That situation has a very negative impact on the citizens and employees of Wheeling.

I will communicate with the constituents via phone calls, emails, texts, and meet with them at their homes. Face-to-face communication will be my primary method to meet with the residents of the fifth ward. 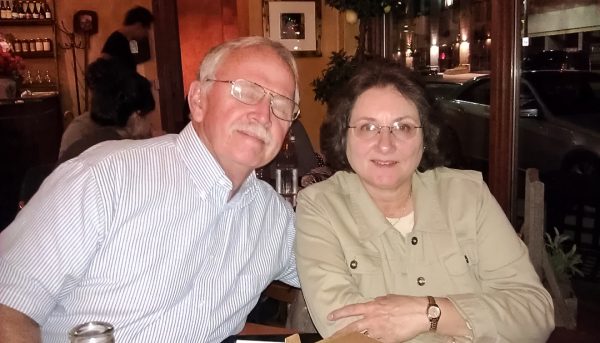 Adams and his wife, Jennie, relocated to Wheeling in 1980.

I want the residents of Ward 5 to know that I will utilize the skills and knowledge I learned from my work experience to bring all governmental and development agencies together to ensure that by working together, infrastructure and development projects of the city can continue to move forward to enhance the quality of life in the fifth ward and the city of Wheeling.

I will make the citizens aware of any proposed projects to gain their input on the projects. I will work to develop five-year plans to meet the city’s capital funding and fiscal budgeting with transparency concerning what is being done with the city’s taxes to meet the future needs of the citizens of fifth ward and the city.