Scott Reed tells local voters in Ohio County that his agenda is simple. He wants change, and he wants change so local mothers and fathers do not have to wave goodbye to their children once it is time for them to attend college or enter the workforce.

For that to happen, however, this Republican candidate for the West Virginia House of Delegates believes many changes must take place on the state level. For example, Reed wishes to address the Mountain State’s infrastructure needs; he believes the state’s colleges and universities need to expand on education by adopting a concentration on job creation, and he is a firm believer that if more citizens get involved with government, improvement will be realized.

Reed, an electrical engineer who owns MVA Diagnotics, a small business that works with companies in the energy industry, has been very active with Wheeling-area non-profit organizations, including Catholic Charities, the Ohio County Public Library, United Way, and the Ohio Valley Medical Center.

He and his wife, Laura, have been married for 25 years, and the couple has two sons, Alec and Mike. Alec is now a junior at Harvard University, and Mike is a freshman at Colgate University. 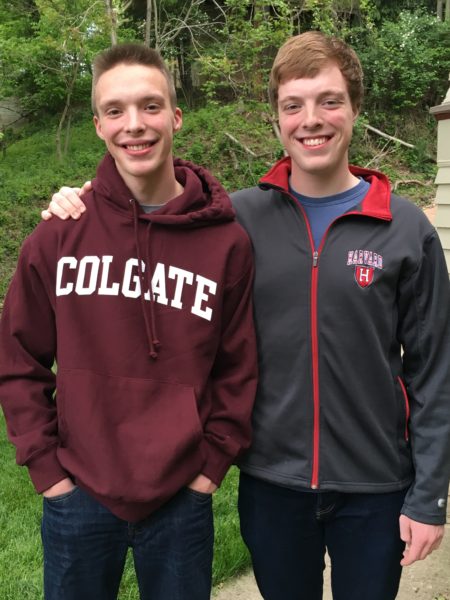 Scott and Laura Reed have two sons, Mike and Alec.

The short answer is jobs.

Young adults leave the Valley because there are no opportunities for work.  For over 80 years the state has ignored implementing policies to grow our state and instead relied on the coal industry to balance the budget. Even with massive revenue shortfalls, the state spending continues to increase. In 2014, West Virginia was second in the nation for total state spending per person, twice the national average. Our state economy can’t sustain additional tax increases, and we can’t create jobs if we continue to increase taxes. For us to grow our economy and create jobs, we need to focus on reforming state government and creating new jobs from research and development.

Nearly 20 percent of West Virginians live below the poverty limit, and last year Forbes ranked West Virginia 50th in the nation as the ‘Best Place to do Business,’ and it finished 50th in regulatory environment and 40th in economic climate. This is paralyzing our ability to create jobs. West Virginia needs to simplify its regulations and work to help companies comply so that it’s win-win for the state and our people.

Regarding research, WVU only receives approximately $130 million annually in research and development grants from industrial, medical, and technology corporations and federal government agencies while the University of Pittsburgh receives $860 million and The Ohio State University receives $570 million annually.  Research and technology spur innovation and patents to help form new companies that offer excellent wages for both manufacturing and college graduates. WVU and other state colleges need to increase their effort to pursue research grants and take a leadership role in job development. In addition, our state needs to incentivize companies to expand manufacturing facilities from their research. As I’ve written previously, I am advocate for the state to assist Touchstone Research Laboratory and other small businesses to grow and expand their manufacturing capabilities.  Focusing on research and development is the foundation for job creation that will keep our families in the Ohio Valley.“ 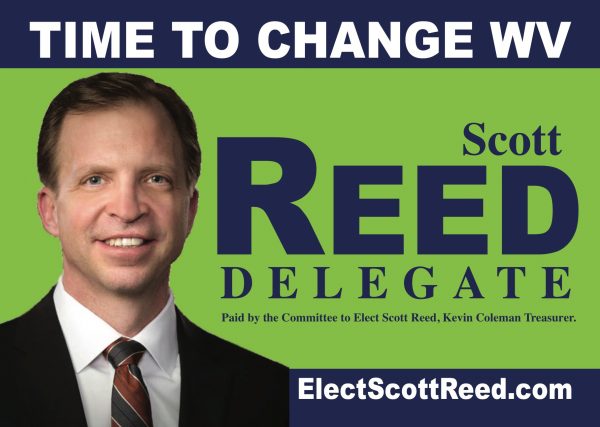 Reed believes the only way for West Virginia to gain population is to change the direction of state government.

What is the most important issue with constituents in the 3rd House District, and how do you believe that specific issue should be addressed?

When I talk with voters—Democrats, Independents and Republican alike—the overwhelming concern is how nothing changes. West Virginia is stagnant. The only change is the number of lost jobs and people moving away. I worked for Weirton Steel when I was younger, and the government abandoned the steel industry. Now I look at what the government has done to the coal industry. Who is fighting for us? People need an advocate; they are tired of settling for mediocrity and hungry for a change in how West Virginia operates. People tell me how it’s the “same old promises” they hear from politicians and how they want someone to go to Charleston and advocate for real reform. That’s why when I talk about how it’s ‘Time to Change WV,’ it’s not just a slogan; it’s a philosophy. My ideas of simplifying government and prioritizing policies that help create jobs is a vision that represents the future. The time for change is now.

I have spent this year meeting with voters, listening to their concerns, and outlining a new approach to how West Virginia needs to operate. Because of my business experience, I understand the challenges we face. I know the difficulties to start and grow a business; employees are the most important asset to any business, but the state needs to work with businesses to help them succeed, not punish them in their efforts to grow. Voters of Ohio County want to change our state’s declining direction, and I have the vision and business experience to help lead this change. I continue to talk about government reform and research and development because this is how West Virginia can grow and reverse the decline. We can attract new businesses and help the 115,000 small businesses across the state grow and hire more employees if we elect new leadership that will reset the priorities. These ideas and others, such as infrastructure development, are listed on my website.  Let’s create a positive climate so that West Virginia is no longer 50th in the nation as the ‘Best Place to Do Business.’ 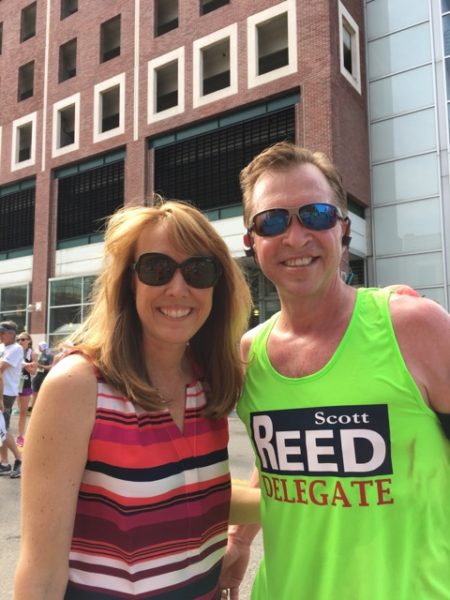 Reed is an avid runner and he competed in the Ogden Half-Marathon last May.

My role in my company is to lead the organization—communicating our goals to our employees and positioning our company to meet the future needs of our customers. This requires me to be flexible and understand that each employee has a unique perspective on how we can reach our goal. Ultimately, what matters is the collaboration, respect and commitment we make toward achieving our objectives and serving our customers. As a member of the House of Delegates, I will take the same approach and will work with either candidate that the citizens of West Virginia elect as our next governor. My priority is to adopt policies that help spur economic growth and balance the budget without raising taxes or cutting services. I would expect no less from either gubernatorial candidate.

How important is it to the Third House District to encourage growth with the gaming industry since Wheeling is the home of one of four of the state’s live racing racetracks?

Tourism is vital to West Virginia and particularly to the Third District. As the home of Oglebay Park and Wheeling Island Hotel and Casino, tourism is an important industry that employs many residents in our district. According to a 2014 WVU study, the racing industry in our state pays over $100 million in wages to employees and contributes over $320 million directly and indirectly (food, lodging, etc.) to our state’s economy. As such, I support the racing industry and the financial impact the money has on our local economy.