(Editor’s Note: This article includes the five questions posed to me most often during this election cycle along with the answers I’ve offered.)

I moved home from Pittsburgh in 2004 because that’s what my wife and I wanted to do, believe it or not. I was offered an opportunity to do radio journalism in my hometown, and I grabbed it quickly because we felt having our family around us more at a time when our son, Michael, was serving in the U.S. Army during the War on Terror was a better scenario than living in Pittsburgh any longer.

But upon my return I was characterized as a failure for one reason only – I moved home to Wheeling.

Twelve years later, I live in my native city hoping and wishing more and more natives such as I would do the same, not because they have failed but because they wish to raise their children here because of the parks, the three above-average school systems, the interstate access and close proximity to larger metropolitan areas, and because they know here. There are Coleman’s Fish sandwiches, DiCarlo’s Pizza, the summertime festivals, the Christmas lights, and yes, the memories of growing up in an area that seemed free of the chaos that’s hampered far too many communities across the country.

Wheeling, W.Va., is now a city in flux, and it is a city in which residents rallied to save the Capitol Theatre, an acquisition by the Wheeling Convention & Visitors Bureau in April 2009 that serves as the true turning point for the downtown district and for city residents who once believed nothing could be rescued from the uncaring grip of corporate America. It allowed us to believe again, and the take-back also was the first sign of a possible, home-grown resurrection.

But it’s been an extnded process because there was a long-neglected downtown district, a water intake treatment plant older than most of the city’s citizens, and above- and below-ground infrastructures in desperate need of attention, not to mention the rust-belt-era blight that littered nearly all neighbors within Wheeling’s 16 square miles.

Progress has been made, sure, but it is also imperative to attract new ideas and fresh angles when seeking solutions for the issues that certainly remain because no municipality is problem free. 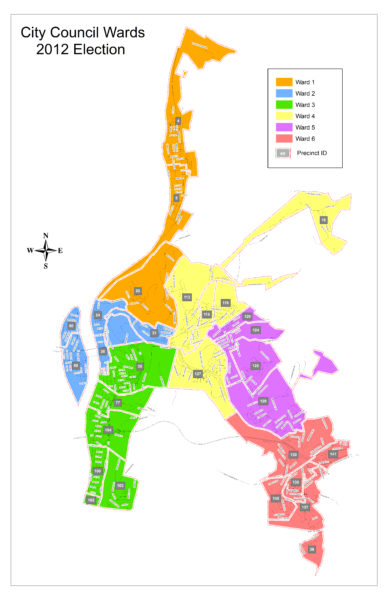 What was different during this municipal election cycle from the first few you covered since coming home in 2004?

Several aspects of this election cycle have attracted my attention:

According to the pre-primary Campaign Finance reports filed with Janice Jones, City Clerk for the City of Wheeling:

The final campaign finance reports need to be filed no later than May 27. 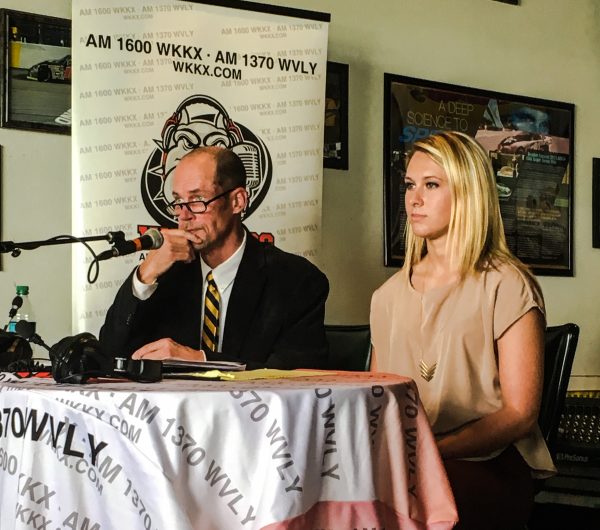 Wheeling Park High senior Danielle Kaminski was one of three Wheeling students to join Novotney and pose questions to Wheeling’s mayoral candidates during the Watchdog Network’s debate on May 2 at Quaker Steak & Lube.

What would you like to see follow the current re-development of the downtown district of the city of Wheeling?

There is opportunity available in downtown Wheeling, and I would enjoy seeing the next council and mayor consider funding the Façade Revolving Loan Program again, and I would like to see those same folks offer the B&O Tax abatements to new downtown businesses so local entrepreneurs have just as much of a chance to chase their business dreams as anyone else.

What kind of businesses is the real question, and one I’ve been rooting for now for several years is a grocery store in the downtown district in close proximity to Heritage Port. As far as new restaurants, I realize more than 350 new folks will be working in the downtown in two years, but does the district need much more than one or two new lunch spots in reaction?

Think about it. There are now more people employed in the Stone Center today than when the building was the home of the Stone & Thomas department store, but the private sector has followed with only Tito’s Sloppy Doggz and Another World, a lunch spot that transitions into a nightclub after 7 p.m. George at the Bridge Tavern, though, stays busy, too.

And there’s been food-truck fare offered near the Wesbanco Bank headquarters and Orrick but little else as far as eateries and retail. Now, once the new residents of the Boury Lofts move in, the demand will increase, and I suspect something new will follow, but realism is necessary when daydreaming about the downtown returning to the way it once was.

It will not, of course, and, yes, that’s because of the Ohio Valley Mall and The Highlands, but it’s also because of the big-box grocery stores, the suburban development, and a much different set of retail trends. But the downtown can be something new that attracts more than those with appointments with their doctors or attorneys. 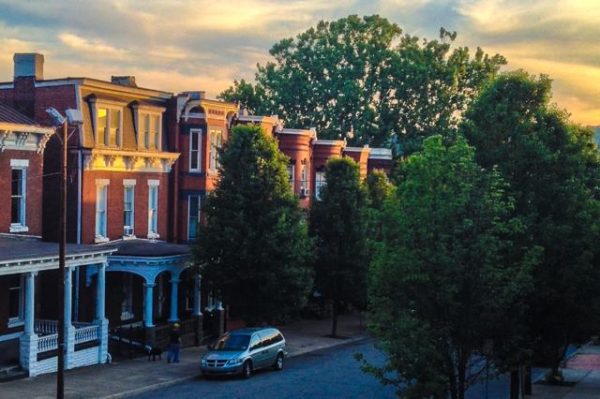 The city’s East Wheeling neighborhood has realized many changes during the past decade.

What would you most like to see take place in Wheeling during the next four years?

Inclusive cooperation is first and foremost. It’s what has delivered Wheeling to where it is today, and it’s critical it continues for a positive future for this city.

I would like to see the elected council representatives and mayor continue the conversation with local officials of the West Virginia Division of Highways so the public-private streetscaping/paving project takes place in the downtown district.

I would like to see the Patterson Athletic Complex – including the Capt. David Van Camp Memorial Field – completely renovated and not with aluminum bleachers just like Belle Isle Ballpark was on Wheeling Island.

I would like to see compensation for the city’s police officers increase in order to prevent more of them from fleeing for better-paying employment.

I would like to see the city-owned buildings along Market Street across the street from 7/11 and Wheeling Office Supply saved, renovated, and used for first-level retail/restaurant use and the above floors utilized as residential space.

I would like to see improvements made to the walking bridge that spans Big Wheeling Creek and links the Edgwood and Pleasanton neighborhoods.

I would like to see more residents become interactive with municipal government.

And I would like to see property hoarders be held more accountable for their buildings than what they are now. 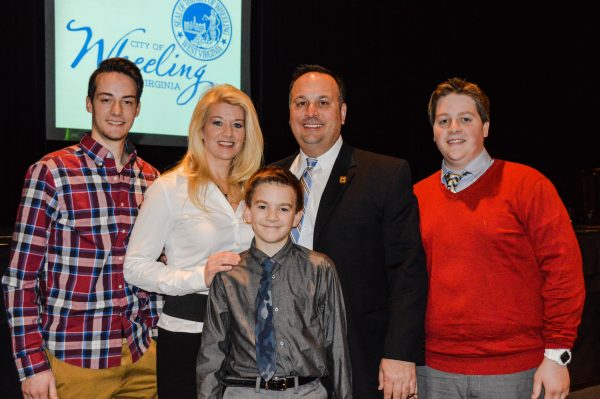 Wheeling’s “First Family” for the past eight years.

Can you predict who is going to win in each ward and in the race for mayor?

For the first time in my career I cannot.

While I do have a feeling some are leading others in the ward races I find myself unable to predict the majority, and I believe that bodes well for the city. It allows me to believe, anyway, that progress will continue and that the reinvention will proceed.

A vast majority of the 23 candidates running for these seven positions have worked very hard while engaging the residents at campaign events and on front porches throughout our six wards, but, of course, they cannot all prove victorious. It is obvious to me, though, that they want it, and that’s great news for the residents no matters who wins. 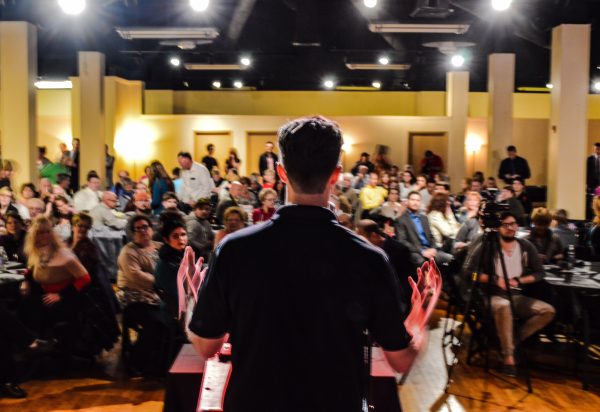 Jake Dougherty with Wheeling Heritage has organized the “Show of Hands” for the past two years.

Why do you believe this municipal election is one of the most important in the history of Wheeling, W.Va.?

Before the groundbreaking for the Health Plan headquarters, the last privately funded new-building project in the downtown district took place during the mid-1980s when the Boury Center was constructed. Today, the building is known as Century Plaza, but in the 30 years that have passed since its opening, more than 15 downtown structures have been razed, and none have been added to the landscape.

There is more care for our history alive and well in the Friendly City than ever before, and that’s because Wheeling, W.Va., has a long, eventful story to tell, but finally eyes began looking forward during the past decade. Plus, the citizens of Wheeling are guaranteed four new members who vote on the most important issues in our city. The first ward’s Gloria Delbrugge and Ward 3’s Robert “Herk” Henry are set to retire come July 1, and because of mayoral term limits and the fact Vice Mayor and Ward 6 Councilman Gene Fahey chose to run to be the next mayor, Ward 6 and the mayor’s position will feature a new representative in those seats.

That is why I have repeatedly insisted that our votes for our ward representatives and our mayor are so important this May 10.