(Editor’s Note: The same five questions were distributed to the two candidates running for Ohio County Sheriff. They were invited to offer their answers for publication free of charge, and, as explained to them, the articles will appear in the order the replies were received.)

He has been a police officer in the city of Wheeling for more than 21 years, and now Tom Howard wishes to be elected as Ohio County’s next sheriff.

The father of three daughters, Howard has worked with the D.A.R.E program for the past 10 years, and that involvement ultimately led him to his current position as a Prevention Resource Officer at Triadelphia Middle School. His duties now involve spending his days with a few hundred children, and he counsels many each day concerning the pressures that today’s youth endure.

During his campaign, Howard has explained on several occasions why he strongly believes the county’s next sheriff must concentrate on the children and, if elected, he plans to develop a partnership with community members to improve the relationship between the area’s youth and law enforcement members.

Howard has been the president of the Fraternal Order of Police Lodge No. 38 since 2008, and he has served as a firearms instructor for the past 15 years. The lifetime member of the National Rifle Association also has been responsible for the Wheeling Police Department’s field training, and he is a police officer instructor for those joining law enforcement in the Friendly City. 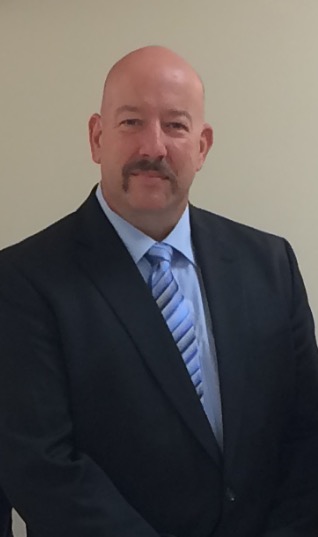 Please explain your plan to address the drug trafficking that is taking place in Ohio County.

The Ohio County Sheriff’s Office will work with the Ohio County Drug Task Force and surrounding counties in West Virginia, Ohio, and Pennsylvania to develop and create a new Multi-Jurisdictional Street Crimes unit through cooperation and pulling of resources that can tackle the illegal drug activity throughout the Valley and surrounding area. Furthermore, as sheriff, using my experience as a national presenter and D.A.R.E instructor, I would be proactive with preventive drug education forums to reach all members of the community.

Education and prevention programs, as well as viable treatment options, are essential to winning this war on drugs. As your Ohio County Sheriff, I believe to build a safer community it is critical that we all work together to address this problem. The task force, as well as increased educational forums, is just the first step in combating this activity.

Would the deputies under your command patrol within the city of Wheeling or concentrate on the areas in Ohio County that rest beyond city limits?

Deputies with the Sheriff’s Office will enforce all state laws within the county whether it is in the city limits or countywide. Although the emphasis is for deputies to patrol the county, when a crime occurs in a deputy’s presence, the duty to act will take precedence. A mutual partnership with all law enforcement officers only strengthens our community. 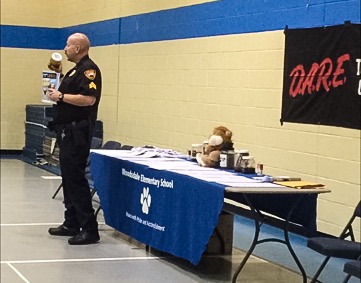 Tom Howard has worked as a Prevention Resource Officer for the past six years.

How would you approach collecting taxes in Ohio County so as much as possible would be paid by the county residents that owe them?

As Sheriff, I will work to ensure that all taxes owed the county are successfully collected through continuous and possibly aggressive tax collection procedures. I will work with taxpayers who have fallen behind in payment to ensure the properties maintain a tax-producing base. If needed, the assistance and cooperation of the court system will be used. We will continually work through the collection process to ensure all citizens are treated equally and fairly. Through this process, we will attempt to increase tax collections for the betterment of Ohio County as a whole.

How would you preserve the number of deputies (34) now employed in Ohio County?

Upon election to the position of Ohio County Sheriff, I would evaluate the existing manpower and budget situation. By looking collectively at the overtime occurring, as well as our patrol coverage, my decisions on the necessary number of deputies would address two key issues. Foremost, it would be the safety of all Ohio County residents. We look forward to partnering with all local law enforcement agencies to ensure we work together to provide the safest and most efficient means of protecting all of Ohio County and its residents.

It is also my plan to be fiscally responsible with the department budget. Using my educational background in business, as well as prior experiences in budgeting, I plan to evaluate our existing resources in an effort to use those resources in the most efficient and effective manner possible to ensure our number one concern of safety in the county. Safety and optimal use of our financial resources can go hand-in-hand with the proper insight, knowledge, and plan of action.

In addition, as business activity continues to grow in the county, we will continue to evaluate the level of staffing needed to provide a safe environment throughout Ohio County, and by working with key officials in county government, we will ensure that we have the budget that can support our residents’ needs. 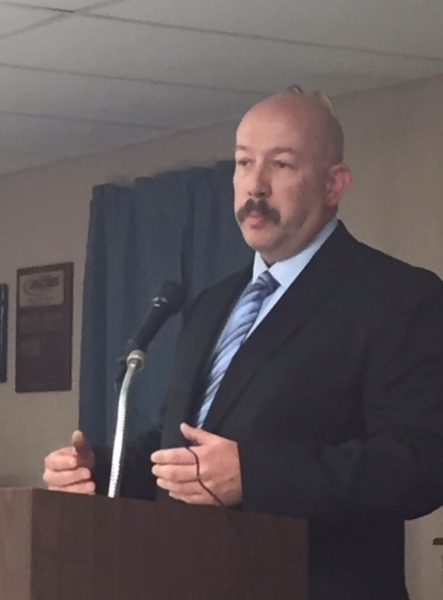 Howard has served as the president of the Fraternal Order of Police Lodge No. 38 for the past eight years.

If elected by the people, who would you choose to serve as the chief deputy of the Ohio County Sheriff’s Office? Please explain why you would make that choice?

The Chief Deputy plays a vital role in the Sheriff’s Office and will work closely with me and the entire department to further our mission of public safety and fiscal responsibility. My selection for Chief Deputy will be a person that shares those concerns and values and will work diligently for the people of Ohio County.

Experience in law enforcement is also a vital prerequisite for this position, so my Chief Deputy will have the knowledge, skills, and experience it takes to support this role and be a leader in the department. I feel it would be a little premature to officially announce this position prior to the voters’ placing me in office. While there have been some unofficial discussions, I would like to defer an official public notification to a later date, preferably upon election to Ohio County Sheriff by the residents of Ohio County.