She wanted to serve the public, so that’s what Ginny Favede did first as a member of St. Clairsville City Council and then as a one of three members of the Belmont County Commission.

After eight years as a commissioner, she attempted to elevate to Ohio’s statehouse so she could further her fight for the eastern region of the Buckeye State in Columbus because, for example, she firmly believes severance tax dollars should be returned to where the harvesting of natural gas and oil is taking place.

But she was defeated, and that meant Favede was unemployed.

But only for about one week.

“I wanted to advance my political career, so I ran for a position in the Ohio House because I thought there were several things that we need to change in our state, and I could not accomplish those changes as a county commissioner,” Favede said. “So, I ran, but that did not work out for me or for almost everyone who was a Democrat on the 2016 ballot, but that’s OK because of the opportunity that I have now. 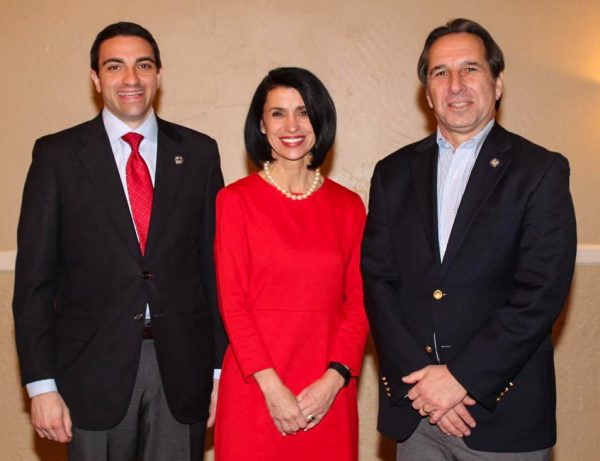 Working with state lawmakers that represented Belmont County like former Sen. Lou Gentile (on left) and Rep. Jack Cera was an activity Favede enjoyed as a county commissioner.

“Within a week of being defeated in that election, I was offered an opportunity to take the helm of the Ohio Valley Employers Construction Council, and that made it all worth it. When I lost, it was like the hard kick to the teeth I could imagine, but this chance allows me to believe I would experience it all over again,” she explained. “This position allows me to accomplish the goals I’ve always owned.”

One reason why losing her race was such a brutal experience involved nothing concerning the actual results but instead today’s political atmosphere.

“I am a competitive person, and not just with sports, so I believe that when you compete, you work as hard as you can for as long as you can,” Favede said. “That’s the way I ran my campaign, and I have no regrets whatsoever. But I will say that I have continuously stated that it is a shame how nasty things have become for those running for elected positions.

“It’s no longer what a candidate believes in, and it’s no longer about, believe it or not, a two-party system. I have believed in that style of government my entire life because that’s how this country was created,” she said. “I believe in that balance because I believe it’s very necessary. I think what is best is compromise for the greater good, but that nastiness has superseded what government is supposed to be about.” 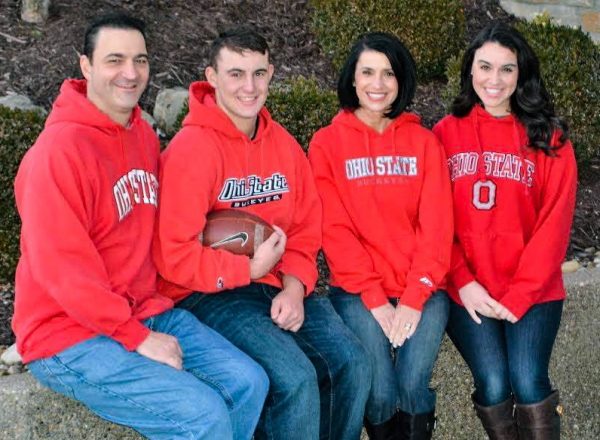 Lee and Ginny Favede have two children, Frank and Cecelia.

Favede now concentrates on the membership of the OVCEC, an association that includes companies such as Kalkrueth Roofing and Sheet Metal, Beyond Marketing, Progressive Bank, and Savage Construction, as well as pushing for employment for members of the local trade organizations like the International Brotherhood of Electrical Workers and the Teamsters.

When a construction project is available within the region, Favede works with the architects so the OVCEC’s membership can prepare their respective bids.

“And that is because, when the members of our association have the chance to win projects in this area, they hire skilled labor from the Upper Ohio Valley, and that means the companies benefit, and labor benefits. That also translates into money being made that goes back into our local economy,” she said. “Those paychecks allow them to go to the grocery stores, to the mall, and to The Highlands, and that is all part of the same basic concept that I have been fighting for all along.

“I just want to make where I live a better place,” Favede continued. “I am the youngest of 10 kids, and I was raised by a single mom, but I was fortunate because after high school I went on to graduate from college, and I’ve worked as hard as I possibly could have ever since.” 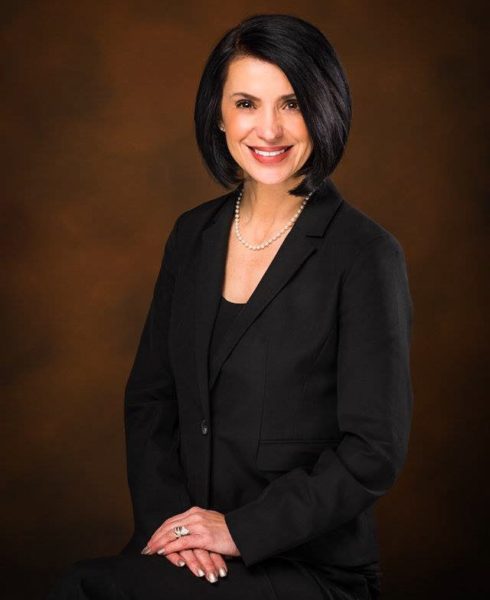 Her path to the OVCEC and to Project Best was not one she contemplated when serving the public as an elected official while Favede and her husband Lee also were raising their two children, and she admits to feeling puzzled following her election day loss in November. Politics, after all, is what she studied at The Ohio State University before meeting her husband and moving to East Ohio so he could work alongside his father.

“After you earn a degree in political science, you quickly realize that you have to build your resume because you can actually get involved,” Favede explained. “I enjoyed my nine years as a very active member of the Junior League of Wheeling because it’s an organization that teaches you how to make positive differences in the area where you live, and then I was elected as a councilwoman in St. Clairsville and served for five years. That’s when I decided to campaign for a position on the Belmont County Commission, and during my eight years with the commission I feel we were able to accomplish many things that made the county a better place for residents and businesses.

“No matter what I did, my goal was always to affect my community in very positive ways,” she added. “For me, it’s always been very basic. It’s about a better quality of life so that people can be a part of our economy because they have a job that allows them to take care of themselves and their families.”