Being multicultural is a highly valued attribute in modern times, even more when everything around reminds us of how globalized the world is – and this is just the beginning. In my case, I come from a northern area of Spain known as the Basque Country. What is particular about this area is that apart from being familiar with the Spanish culture and language, the people there also speak and have another language and culture: the Basque culture. While it may sound totally unfamiliar to many of you, this language and culture are amongst the oldest in Europe. 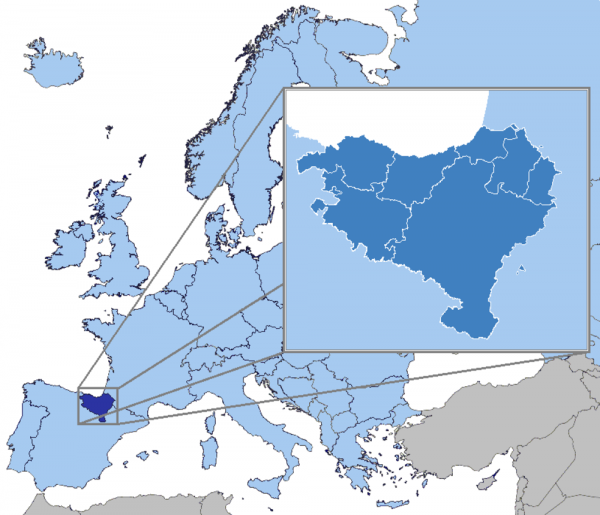 The location of Basque Country within Europe.

In fact, the Basque language has recently been named one of the top most difficult languages to learn in the world because no one yet knows what its origins are. Furthermore, the Basque language or ”Euskara” is also said to be more ancient than Latin. Knowing all that, it does not come as a surprise when people find the traditional culture of the area is also described as unique. In addition, the Basque Country is also known to be the birthplace and origin of one of the most important Catholics in the History: Saint Ignatius of Loyola.

Ignatius, the creator of the Jesuit order, was born less than an hour north from where I was born. And guess where I got the chance to continue with my studies and soccer career in the USA? Yes, at a Jesuit School: Wheeling Jesuit University.

Three years after my first contact with the American college experience, I have witnessed many events and met many new people that have made me grow and change as a human. Now that I am about to start my MBA studies, I look back at the 19-year-old boy who came to the US leaving behind everything he loved and thought would always be part of his everyday world. The cultural shock as well as the change in lifestyle was so immediate I did not actually reflect on that until sometime later when I was more settled down. Now that I think about how I was before and how I am right now, I can see a world of difference in many aspects. Coming to WJU represented a totally new challenge in a completely different environment from the one I used to call ”my comfort zone.” It was not until I found myself alone and able to rest that I started, so to speak, opening my eyes.

It was from that moment on that I started looking at everything that surrounded me from a different perspective. The Jesuits emphasize how important it is to be ”a person for others,” and for me, a WJU graduate in business administration and management who wants to start his own business in the future, people’s satisfaction must come first. However, the path to find what people’s needs and wants are requires an understanding of society which can only be achieved by studying and adapting to the environment around. And it is in that exact point where my experience at WJU has helped me the most.

The school offered a very welcoming atmosphere from the beginning, both inside and outside the classroom. In addition, the many sports and language programs offered an unparalleled scenario where international students and athletes shared their cultures with locals. If there is something I will always be thankful to WJU for, it will be that chance of meeting and interacting with various people. Personally speaking, I think learning about distinct cultures — and traveling — turns one into a more humble, open, and therefore more sympathetic person. I no longer see the world as a place where people are divided into different groups depending on their roots. We are all just about the same, and the earlier we see and accept that, the better we will be able to deal with the modern world.

Three years after coming to WJU, I still find myself surprised every time I notice major differences in the way American born and raised behave compared to how I was brought up in Spain. The topic I usually use as an example is the culture around the food. I have been raised in the so-called Mediterranean Culture, which consists of a more relaxed lifestyle and a diet where the variety of the food is so broad I could not name all the possible combinations. Nevertheless, when I first started learning about eating habits and choices in America, I found a tendency amongst people to go for the simplest and easiest way to ”refuel” their bodies. In other words, eating is not more important than other everyday life tasks (like work). My experience had been completely the opposite of that. In the Basque and Spanish culture the daily meals, especially lunch and dinner, are almost sacred. Everyone sits down at the table and talks about various topics. It basically takes us an hour to get through lunch or dinner, if not longer. 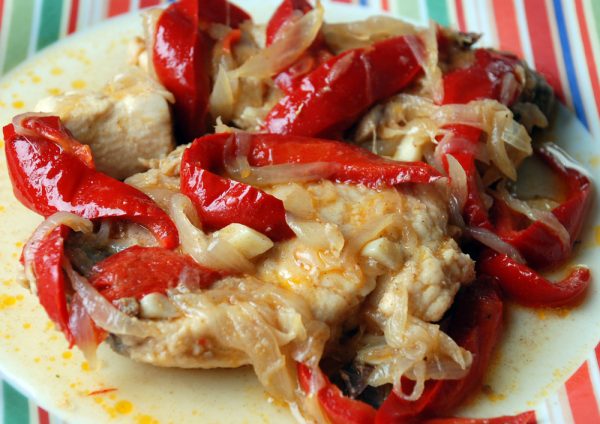 Why am I bringing up that specific cultural difference? Because the same way I need to adapt to the new eating style, I also need others to understand my situation as a new person in a new country. After giving it some thought, I found that as long as one does not force the other to adapt to new circumstances, everything works out better and the process ends up being easier. There is a tendency to remain loyal to one’s previous traditions rather than welcome or expose oneself to new, unknown, ones. That first reaction happens with everyone, no matter if he/she is American, Spanish, Basque, Chinese. Change scares people, but those who already have some experience with people from different backgrounds are more likely to accept changes gracefully.

In short, cultural understanding is of paramount importance when welcoming new people into the community. The respect for foreign traditions and cultures helps people adapt more easily to new circumstances. From a personal point of view, being used to living with different cultures from an early age helped me to get used to the lifestyle at WJU, and what I found there, alongside the Jesuit experience, has definitely turned me into a more open-minded and extroverted person; thanks to my experiences I am now a citizen of a place called Earth.

Publisher’s Note: Global Wheeling is an occasional Weelunk series that demonstrates Wheeling’s connections to the world. How Wheeling residents touch the lives of those around the world and in turn how the world influences life here in our community. Guest authors share their experiences of living, working, and studying around the globe. If you would like to share your story of immigration or living abroad please contact jeremy.morris@weelunk.com.