Fans of craft brews have the chance to attend the 7th annual Good Zoo Brew this Saturday at Oglebay Resort & Conference Center and visit nine different tasting stations that will feature beers produced throughout the state of West Virginia.

The event, founded by Oglebay and OVConnect in 2010, begins at 7 p.m. and extends to 10 p.m. Those who purchase VIP tickets are permitted to enter at 6 p.m. Members of OVConnect, Oglebay Institute, and Good Zoo Friends can still purchase tickets today for $45, and non-members can buy a ticket for $50. 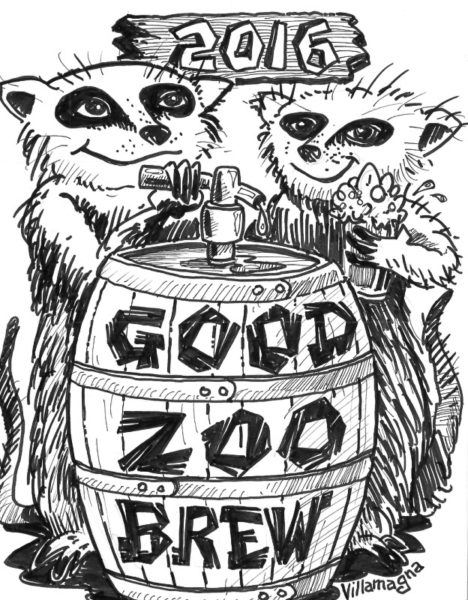 Designated drivers can purchase a ticket for $30 and enjoy the food and unlimited water and soft drinks, and VIP tickets are $70 each. The Good Zoo Brew is an adult-only event, and those attending must be at least 21 years of age. Tickets can be purchased online by visiting the OVConnect website. Tickets also are on sale at the zoo’s gift shop and at the Wilson Lodge gift shop.

“There will be more than 80 different beers that those attending will have the chance to taste,” he continued. “The folks who will be on hand are both local distributers, and we’ll also have some people from different areas of the state.”

Each ticket holder will enjoy eight different, four-ounce samples of craft brew, a souvenir mug, hors d’oeuvres from a plethora of local restaurants, live entertainment, and those attending also will have the chance to visit with many of the animals now featured at Good Zoo. 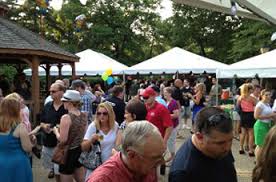 A maximum of 700 will be sold for this year’s event. 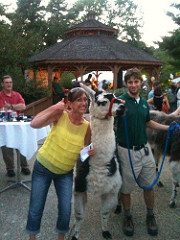 Guests will be able to visit several of the animals now featured at Good Zoo.

“It’s a fantastic event because we get the community involved, and this year those of us at the Good Zoo are really focusing in on fundraising to benefit the mission of the zoo, and that’s why we will have a silent auction at Zoo Brew. That’s when our guests will have a chance to bid on the opportunity to go in with some of the animal keepers as they visit with the animals,” Greathouse said. “We will also have a ‘wish list’ and a giving tree in an effort to raise funds for the zoo.

“The mission of the Good Zoo is to inspire individuals to take environmental action in an effort to conserve wildlife in our region, yes, but also nationally,” he continued. “It’s a mission that’s very important to everyone who works at the zoo, and if it wasn’t, they wouldn’t want to work there.”

Patrons will be given the opportunity to purchase tasting cards for $6 that are good for four additional tastings. Beginning at 9:30 p.m., those in attendance will have the chance to buy bottled beer for home consumption as they leave. Make-your-own six packs will be priced at $10, and if attendees purchase three, they will receive the fourth for free.

All proceeds will benefit the mission of the Good Zoo, a facility that employs more than 70 local residents. This year’s VIP Sponsor of McKinley-Carter Wealth Services, and its Silver Sponsor is Wesbanco Bank. 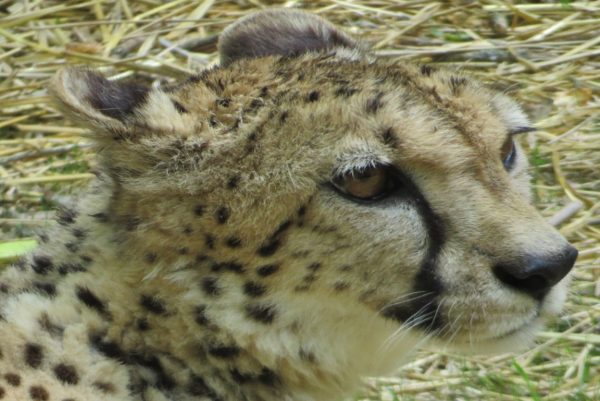 The cheetah exhibit is new to Good Zoo.

“Some of the proceeds that we receive go toward things like the new cheetah exhibit we have at the Good Zoo, and it also helps us get out to our local schools so we can educate our local residents who are beyond the grounds of the zoo,” Greathouse said. “Learning about wildlife conservation in the classroom, with animals there with us, is something special because not many people get that close to animals that we have here at the zoo.

“The proceeds also go toward our operations budget, and that includes the operation and ongoing maintenance of the Good Zoo,” he continued. “And those who attend Zoo Brew will be able to get up close to several of our animals, including some of the rarest monkey in the world and ‘Pokey’ the Tortoise, who is our giant, African tortoise. Our guests will be able to pet him, help feed him, and even take selfies with him if they would like.”