Grab A Seat For Christmas

In case there is a last-minute, Christmas Eve shopper who is looking for a unique gift idea, Frank O’Brien said he could make a suggestion.

O’Brien, the executive director of the Wheeling Convention and Visitor’s Bureau, is offering the “Your Seat in the Spotlight” fundraising campaign at the Capitol Theatre in downtown Wheeling. Anyone interested in honoring a friend, family member, or a business can name one of the 2,200 new seats inside the venue by contacting the staff at the Wheeling CVB at 304-233-7709. The cost is $250 and is tax deductible.

The Wheeling CVB is located at 1401 Main Street in downtown Wheeling, and staff members have a map that displays what seats remain available. 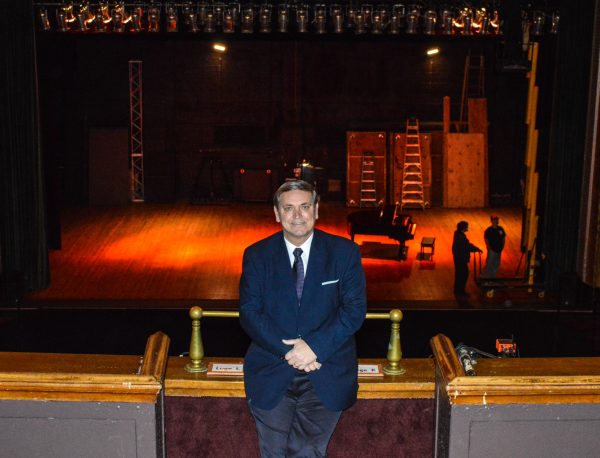 “If you have a friend or family member who really loved the Capitol Theatre, this is a great opportunity to remember them in a way they would really appreciate,” O’Brien said. “We initiated this campaign a few months ago, and there has been a lot of interested thus far.

“The plates feature the opportunity to place 25 characters on three lines,” he continued. “So there are many opportunities to be more profound or just say dedicated to my mom and dad. I think it is a wonderful way to buy a gift that will last many Christmases and help the theatre retire the seat replacement debt at the same time.”

O’Brien believes the “Your Seat in the Spotlight” campaign is one way for community members to share in the success of the reinvigorated Capitol Theatre.

“I have one that reads, “Saving the Capitol Theatre was the right thing to do,’ and that’s because I truly believe that,” he said. “But it’s an individual thing. The theatre means something different to everyone, and this is a chance to celebrate those reasons.”

The proceeds of this effort will assist in paying for the new seats, installed this past summer. A $200,000 donation from Gary West and his wife covers 20 percent of the $1 million expense. Also, the Chris Hess Foundation contributed $450,000 over a three-year period, and O’Brien is hopeful the “Your Seat in the Spotlight” campaign will cover the remaining debt. 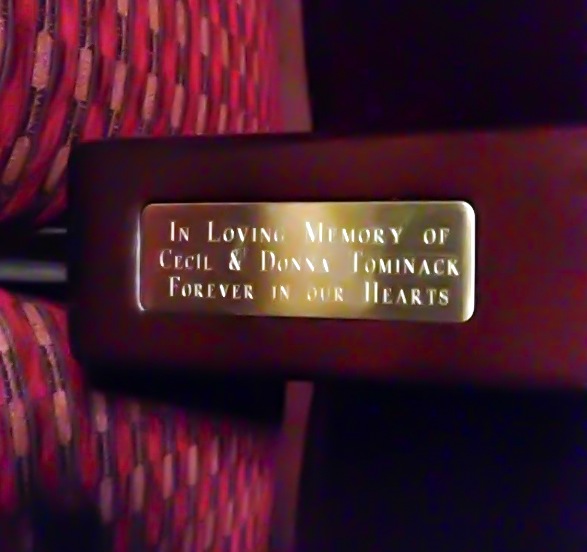 “Those dollars plus new dollars generated by the campaign will go directly toward retiring the construction loan,” O’Brien explained. “The new seats are wider, well- built, and extremely comfortable. Those who attend shows say they are a huge improvement toward enhancing their Capitol Theatre experience.

“We saved a few old seats, and they are in the basement,” he said. “Some of the others were sold to collectors, although not that many. We looked to donate the other couple of thousand seats to another theatre; however, we had no takers. The majority of the seats ended up being recycled.”

O’Brien noted that those participating in the “Your Seat in the Spotlight” do not own the rights to that seat for live performances. Ticket sales are on a first-come, first-served basis.

“I try to remind those I am speaking with about this campaign that the program does not include having that seat for all the shows in the theatre,” he said. “That’s just not possible for us to do it that way.”

The exterior of the 82-year structure was restored and preserved during the summer months as well, and the project was the result of a Save America’s Treasures Grant from the late Senator Robert Byrd. The grant was for $200,000 and required a match, and the city of Wheeling included the theatre in its TIF District and generated the matching $200,000 for the entire project.

“Standing in front of the building you could not see where the terra cotta had been compromised,” O’Brien said. “The skilled craftsmen used the original processes to rebuild damaged areas and filled age cracks. The facade should be good to go for the next 80 years.

“This theatre means a lot to this entire community, so having this opportunity seems to be very appealing,” he added. “If there is a last-day shopper out there, you’ll have the paperwork to give to your friend or family member so they know everything about it.”