Nick’s Music was a Cradle of the Folk Music Revival of the 1960s and it Vanished – or did it?

Before he could expand upon his fading memories about growing up in Wheeling for the brief stories he wrote for a popular web site, the writer usually spent a few hours researching people, places, and events on the Internet to keep the facts straight. He wasn’t prepared for the bizarre twist his research took when he embarked upon a cyber search to find details about a dusty little music store he remembered from his childhood.

That big gap in the middle of the picture was where Nick’s Music once stood on Market Plaza in Wheeling.

Some things about it he could recall clearly even though more than five decades had passed. Nick’s Music was located on what has once been a street called “Short Market.” But, after the demolition of the old municipal auditorium, Short Market was closed off to vehicular traffic and became known simply as “Market Plaza.”

The old two-story building on the plaza that housed the music store was marked for all to see with huge white plastic lettering that spelled out  N I C K ‘ S  M U S I C – lettering that could be seen from quite a distance except for the apostrophe. Someone or something had impacted that punctuation and it hung in place upside down for several years after its initial injury before falling to the street and shattering. 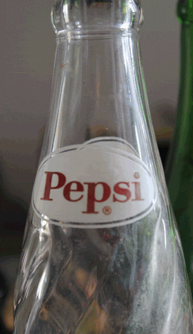 Nearly the entire front of the first floor of the store featured floor to ceiling windows and a steel-framed commercial doorway. Plaza pedestrians could clearly see inside and gaze upon a variety of old guitars, banjos, mandolins and music accessories. Inside the display window, the instruments were dusty and haphazardly arranged. Interspersed among the musical clutter were paper cups. Some were half-full of cold coffee and punctuated with whatever grew on top after sitting in the sunshine for prolonged periods of time. There were also empty glass Pepsi bottles strewn about that came from the machine in the back of the store.

The cups and bottles found their way into the display window because inside, just in front of the windows was where young men – teenage boys mostly – congregated especially on Saturdays. They were an active bunch, energized by the popularity of the Kingston Trio; Peter, Paul, and Mary; the New Christie Minstrels and a host of other folk music acts. They came in to talk about their favorite new recordings, swap stories about music they would like to learn, and, most importantly, tinker and try out the mostly previously owned guitars that Nick kept laying around.

Nick presided over the store, usually from behind the glass counters that lined the right side and rear of the establishment. He was heavy-set, wore thick black-rimmed plastic glasses, had a thick head of salt and pepper slicked-back hair, and always wore a stained and rumpled white shirt and black trousers that were in a similar state. He walked with a limp like one leg was shorter than the other even though it was plain to see that one of his thick black shoes had been built up to compensate for the discrepancy in his legs.

The writer’s brother, Terry Griffith, was one of the teenage musicians who congregated in the store in the early 1960s. The writer, then 9 or 10, remembered tagging along on Saturdays and watching as his brother and his peers picked and strummed while sitting in Nick’s squeaky steel chairs and sipping those Pepsis. Terry’s recollections were dimming too.

“I do remember some really good jam sessions there where people would come in and just pick an instrument off the wall and play along with everybody else,” he told his writer/brother. “I’m sure many friendships were made there and maybe even some of those became new bands. I know that’s where my first electric guitar came from. It was a Kent, four pick-up, solid body electric that Grandma paid for.”

He said he spent so much time at Nick’s that he would even get telephone calls there. 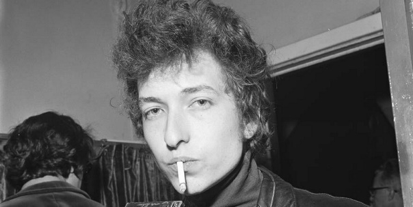 The writer remembered how, when the sun streamed in through the big display windows, it illuminated the dusk specks that seemed to hang in the air.

He remembered the stale smoke smells and the dirty worn grey and crimson checkerboard linoleum floor.

He remembered the discussions about some new guy named Bob Dylan and how one boy predicted that he wouldn’t last.

He remembered how there were no band instruments or pianos sold at Nick’s and very little sheet music. For band stuff, you would have to saunter up the Plaza to Ceo’s. For sheet music, a walk around the corner to C.A. House on Main Street was required. If you were interested in pianos, a trip further down Main Street to Gerrero’s was needed. If you wanted an actual 45 rpm record of your favorite artist’s song, you needed to head down to 12th street and pay a visit to Slater’s Record Shop.

What he couldn’t remember was much anything about Nick beyond his appearance – like even his last name. He couldn’t’ recall ever being involved in a conversation with the proprietor. Nick would occasionally acknowledge the boy’s presence with a nod or a wink, but that was it. He couldn’t even remember his brother or the other budding folk music fans conversing much with Nick. Was Nick an old public-school music teacher who decided to pursue his dream of opening a music shop? Was he a musician himself who may have once toured the country with a big band like Tommy Dorsey?

The writer hadn’t thought about Nick in decades and, because he spent many years away from Wheeling, he wasn’t even sure when the store closed or whatever happened to Nick. Even the building is gone, replaced with a parking area for the bank building next door.

So, the writer looked to the Internet to work its magic and muster up information about people and things long gone. He typed in “Nick’s Music and Wheeling” and awaited the results. A web site popped up that professed to be “one of the most trusted and authoritative brands online offering guides and reviews of small businesses.” It listed Nick’s Music at 1055 Market Street, Wheeling and offered a telephone number. It was the only result that the search offered and there was no additional information beyond the telephone number.

The writer was stunned to see a telephone number for a business that he knew full well hadn’t existed in years. But, finding no other sources for background about Nick’s, he decided to give the phone number a try out of curiosity. He punched in the number on his cell phone and waited. 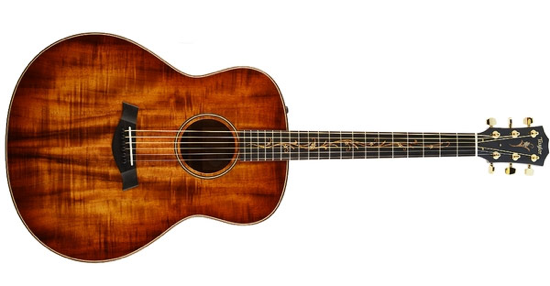 “Nick’s,” he heard a raspy voice answer on the other end.

“Nick’s Music in Wheeling?” the writer asked, a bit off-balance.

“Yeah, that’s right. What can I help you with?”

The writer could hear background noise that was beginning to become clearer. It was music and it sounded like an old Kingston Trio tune called “Scotch n Soda.” It wasn’t the Trio. It wasn’t nearly that polished. The chord changes were slow and tentative like someone just trying to learn a new piece.

“Wow, I haven’t heard that song in years,” the writer said. “I didn’t think people still played. It.”

“Yeah,” the man on the other end said with a sigh. “That’s not the half of it. Everyone wants to be Pete Seeger. This folk stuff is red hot right now.”

“I wasn’t sure you were still around,” the writer said. “I thought they tore the building down.”

The writer could hear a familiar teenage voice in the background.

The writer pulled the phone from his ear and double checked the number on the screen.

“If they tore my building down they didn’t tell me about it,” the man said. “How can I help you today?”

“I’m not sure at this point,” the writer asked showing his confusion. “Am I speaking to Nick?”

“Yeah. Nick of Nick’s Music. What’s this all about?”

There was silence for a few seconds as the writer gathered his wits.

“Are you down on the Plaza in Wheeling?” the writer asked.

“Yes, I’ve been here for years,” Nick answered. “Look, I’m kinda busy right now so if there’s nothing I can do for your specifically…”

“Do you have any 2017 Martins in stock?” the writer blurted out.

“Very funny pal,” the man answered. “What are you?  From the future?”

“By chance is Terry Griffith there?” the writer asked meekly, testing a theory that was just plain ridiculous.

“Yeah, he’s here,” Nick responded. “He just took his kid brother in the back to get a Pepsi. Wanna hold?”

“Please,” the writer responded trying to shake off his fog of confusion.

Nick must have put the phone down on a glass counter because it made a loud noise. Then, the writer could hear a squeaky voice in the background croak out a tune he recognized from the 1960s as the Weavers’ “Kisses Sweeter than Wine.”

After a few moments, the writer heard a voice that was familiar but much younger than he was used to.

The words were broken and interrupted by the unique noises that a failing cell signal makes when a connection is being lost.

There was no response. The line was dead. The writer wheeled around and double checked the number on his computer screen but the web site was gone and a new search didn’t produce any site offering a number for Nick’s Music. He went to the phone log on his cell and hit redial. It rang once before a recorded voice came on to announce that the number had been disconnected.

The writer shook his head and took a long drink from the soda on his desk after double checking to make sure the drink was indeed soda. He searched for some logic to explain the three-minute phone call but came up empty. Was he cracking up? Was it a wrinkle in time? Was it an imagination gone haywire?

He identified three options: go to bed and forget about it; tell somebody; or write about it.

He clicked on the Word icon to bring up a blank page on his Mac screen and typed in the words:

Before he could expand upon his fading memories about growing up in Wheeling for the brief stories he wrote for a popular web site, the writer usually spent a few hours researching people, places, and events on the Internet to keep the facts straight. He wasn’t prepared for the bizarre twist his research took when he embarked upon a cyber search to find details about a dusty little music store he remembered from his childhood….