What could he possibly know about vinyl records or the history of music? When he was born, country music had overtaken the forefront from rock n’ roll, and rap music was emerging louder and more profane than ever before, right?

While both facts are true, the owner of Nail City Record in Elm Grove, Jonathan Napier, knows more about the history, and the future, of the vinyl-record industry than most members Gen-Exers do, and the majority of that generation have memories of buying their first albums on the streets of downtown Wheeling.

“As long as I can remember, I’ve loved music and the history of music, and vinyl records played a huge role throughout the years and all over the world,” said Napier, a 2010 graduate of Wheeling Central Catholic High School. “Once I discovered vinyl, it quickly became my favorite medium to play music on. I believe the music sounds the best on vinyl, and I know there are people who disagree with me about that, but it’s my personal taste.

“What I love the most about vinyl are the impurities. You can hear that soft crackle, and the album covers, I believe, bring the listener closer to the artist,” he continued. “There are a lot of people who feel the same way, and that’s why we have seen the popularity of the vinyl medium increase in popularity over the past several years.” 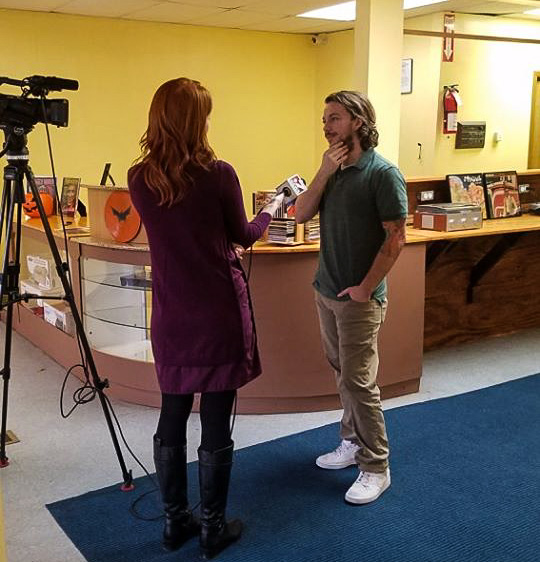 Since opening the shop on November 30, Napier has attracted attention from local media outlets.

Nail City Record is located at 2200 National Road directly across from Ohio County Schools’ Central Office along Elm Grove’s strip business district, and the shop is set to be open from 10 a.m. until 7 p.m. Monday through Saturday, and from Noon until 4 p.m. on Sundays. Along with a vast inventory of historical, vintage, and recently produced albums, Nail City also offers 45s, cassettes, CDs, books, and photos of downtown Wheeling from several years ago.

“I’m trying to pack as much into the store as I can, and I’ve had a lot of help from family and friends,” Napier reported. “The only problem I’m experiencing now is that the inventory is stacking up on me, but that’s just one of the growing pains. I plan to put as many hours into sorting and labeling as it takes so our customers know exactly where to look for what they want.

“The interior of the store did need a good bit of remodeling, so that took some time, but planning for eight to 10 months prior to opening really helped get us opened when we planned,” he continued. “We do have a large section set up for the bestsellers, and I am working on organizing the rest. There is a learning curve to experience when you open your own business, and for me it’s been a fun process because I want us to keep growing and growing.”

Napier initially began his business online only, but as his collection grew and grew, he discovered a need for a retail space. 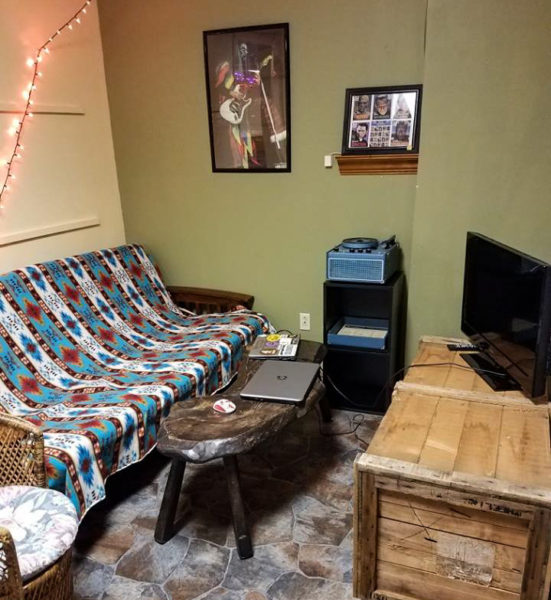 The interior of the shop is comfortable, and Napier hopes parents will bring their children to the store, too.

“And the business has grown since we officially opened the store on November 1, and there is new inventory every day,” he explained. “We have a little bit of everything already, as far as our inventory is concerned. We’ve benefited a great deal from a local collection because a gentleman came to us and offered us access to the records he’s collected for a lot of years.

“The quality of the records from this collection has been taken care of very well,” Napier said. “Many of them are in mint condition or very close, and that’s the highest quality possible as far as collecting the older albums. That means they will play without skips and almost no surface noise, and everyone who is interested in vinyl these days is in search for just that.”

Since introducing his goals during a recent “Show of Hands” event, Napier has been attracting a lot of attention from local residents because he discovered the Upper Ohio Valley possesses a multitude of vinyl collectors.

That has allowed the store owner to offer albums from most genres, but Napier does hope to hear from those who can offer more Bluegrass, Hip Hop, and Reggae music. 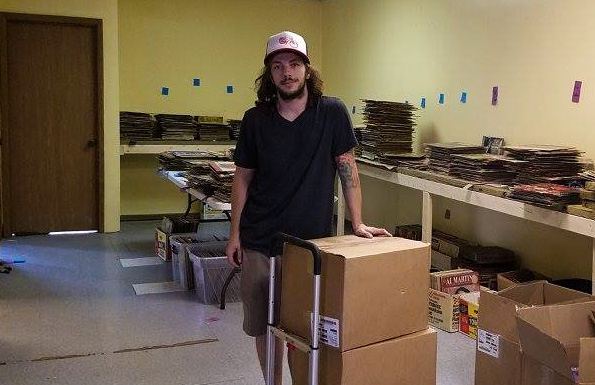 Napier began his business online, but then expanded because of the growth of his vinyl collection.

“I have some of the very first records ever made and a lot of records that were recorded here in Wheeling and all the way up to Pittsburgh,” Napier said. “I’ve seen some records from the late 1800s, and we have albums that were recorded and pressed throughout the 1900s. I do have a collection in stock right now that is called, ‘Wheeling’s Earliest Rockers,’ and it’s a collection of doo-wop style music.

“I work with Jim Thorton, too, and he’s been a big supporter of ours from the very beginning,” he said. “We have a lot of his photographs and historical books that he’s helped publish, so people can purchase those at Nail City Record, too.”

Getting into the equipment business is something that is on Napier’s list of goals for Nail City Record, but it’s not an option at this point because his focus remains on the inventory. If and when he does, his focus would be on vintage equipment instead of what is currently being produced and sold at big-box retailers.

Napier hopes to move into the city’s downtown area, too.

“I would really like to become a member of the business community in downtown Wheeling,” Napier said. “That’s where I’m hopeful to someday find a bigger space because I really like what I’ve seen taking place, and I believe it has a lot of potential, and I would like to be a part of that. 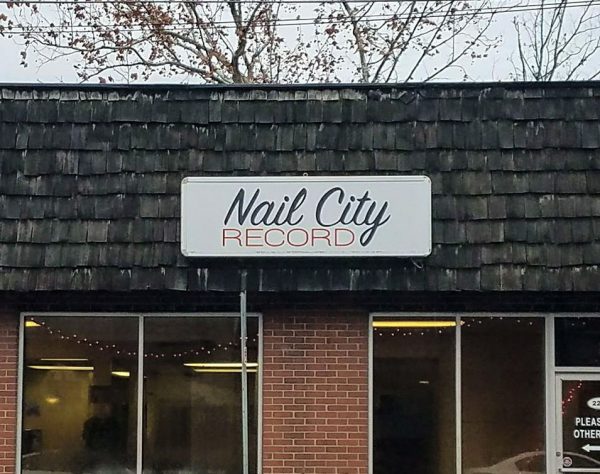 Nail City Record is located along the main business strip in the Elm Grove neighborhood in Wheeling.

“I am a person who did travel away from here but decided to come back to my hometown because I want to make my dream come true right here,” he said. “I’ve seen the food scene grow bigger and bigger, and there are more artisans in this area than I ever remember. That’s why I think a record store and a new music venue could add a lot to the business district. I really feel we’re on the verge of something great here in the downtown.”

The reaction to Nail City Record has been very positive, Napier reported, and the interior of the shop is welcoming and suitable for children, too. He’s even arranged a living room area in the store complete with a couch, television, and, of course, a stereo.

The cost of the vinyls depends on the age and condition of the discs, of course, but Napier explained he is more than willing to negotiate with any potential buyer at any time.

“Here’s the thing; getting up in the morning isn’t a bad thing for me,” Napier said with a smile. “It doesn’t feel like work, honestly, because I’m just playing in a pile of records.”