Photos by Glynis Board

Accompanying story here: Listen
The Lincoln Home site used to be several apartment buildings, but was demolished decades ago because the steep hillside made sustaining the buildings too difficult. 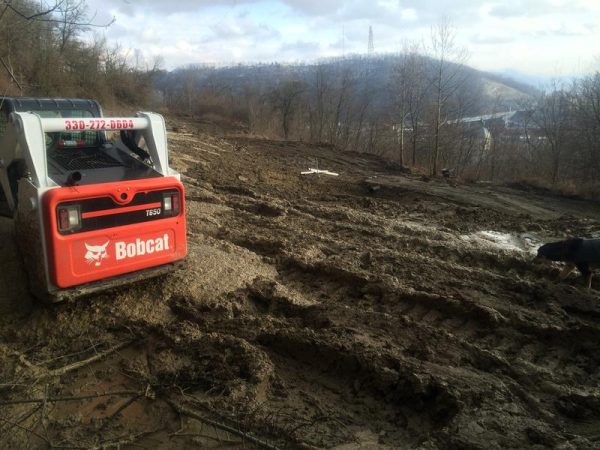 A local-food nonprofit based in the Northern Panhandle is busy this week reclaiming abandoned property.

“Once upon a time this was the Lincoln Home site,” said a founder of Grow Ohio Valley, Danny Swan. “There were three apartment buildings here with a parking lot. We’ve taken the parking lot and the three apartment buildings – which were torn down decades ago – and we’ve reclaimed those two terraces. Each are about 40 feet wide and about 200 or 300 feet long. And we plan to build greenhouses on them.”

Grow Ohio Valley’s nonprofit mission is to make Ohio Valley communities healthier by growing and providing more fresh, local food, and teaching how to grow and prepare that food. The group also hopes to boost the local economy through economic development initiatives.

Swan and others have cleared and flattened enough space here in a field of mud that overlooks downtown Wheeling, and the Ohio Valley, for six high-tunnel greenhouses. Two will go up during the next month with funding provided by the Catholic congregation at Saint Joseph’s. Grow Ohio Valley hopes to begin production in the spring, as well as programs about growing and preparing food.
Old blueprints of the Lincoln Home site were found, but Grow Ohio Valley hasn’t located any photographs of the site. 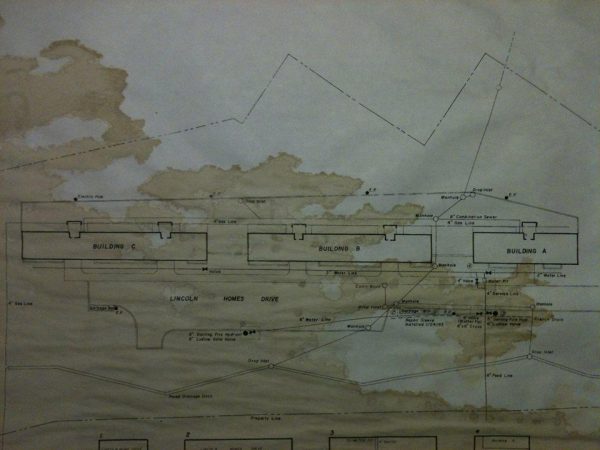 On the other side of the hill excavation is also ongoing at the site of the organization’s future urban orchard. Planting was scheduled for this spring but has been delayed for a year, anticipating the impending invasion of 17-year cicadas.

And atop the hill, there’s a small building that houses Grow Ohio Valley’s offices. The nonprofit won a $2280 award this week at a community funding contest called Show of Hands that will enable them to begin to turn the space into a small grocery, Grandview Grocer.