West Liberty University Singers will join the College Community Choir to present the classic choral work, Requiem by Wolfgang Amadeus Mozart for the public’s enjoyment this May.

“Our College Community Choir has rehearsed all year for this performance of Mozart’s Requiem and we hope that many music lovers from the community will join us for the concert,” said Glysson. Open to everyone, the Community Choir requires no audition and rehearses throughout year and performs two large choral works with orchestra twice a year.

The WLU Singers is the university’s premier vocal ensemble, which students join after successfully passing an audition. This student group tours each year both nationally and internationally, according to Glysson who also directs it. 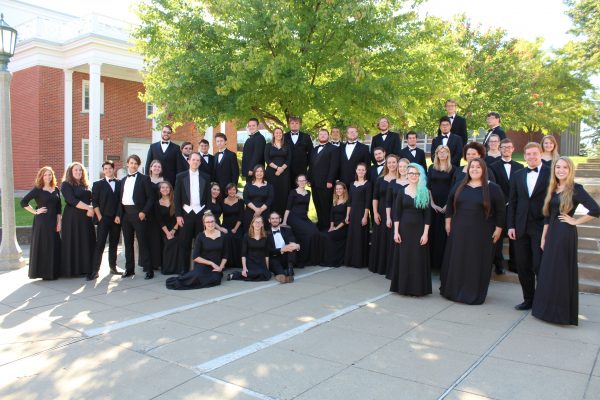 The piece itself, shrouded in mystery, was the last piece to be composed by Mozart before his death at the young age of 35. Full of musical drama, beautiful melodies and progressive harmonies, this piece stands the test of time as one of the greatest of musical compositions.

Glysson has been invited to conduct the piece again soon in Sofia, Bulgaria this June and several students including Elizabeth Conley, Emily Wade, John Heiserman and Chad Grub, along with several members of the community choir, will travel with him to take part in the performance.

Tickets are priced at $5 for children and students with ID and $10 for adults. In order to guarantee a seat for the May 7 concert, it is recommended that guests purchase seats in advance at westlibertychoir.brownpapertickets.com. If available, a limited number of tickets will be available at the door.