Chris Herren screwed up. He could have made millions and lived a life in the lap of luxury, but instead he squandered the money, the career, and relationships with family and friends.

Following a storied high school basketball career at Durfee High in Fall River, Mass., Herren chose Boston College only to be injured early in his first season and then expelled after testing positive for marijuana and cocaine use. He transferred to Fresno State, sat out a year per NCAA rules, and then tested positive again following a solid sophomore season. 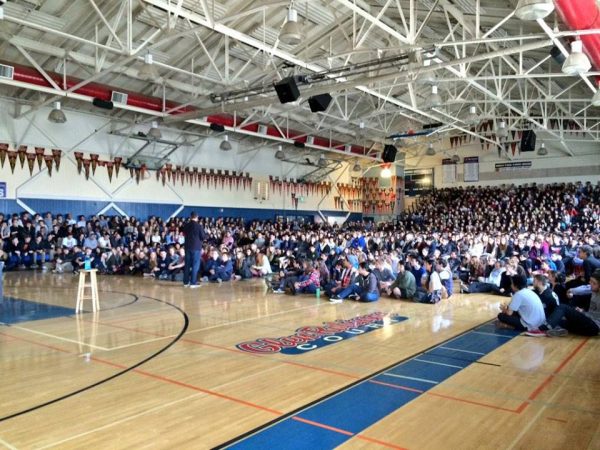 Herren’s tells this group of students in Mil Valley, Calif., about his struggles with drugs.

After a 28-day stay at a rehabilitation center, Herren managed to continue his career for the Bulldogs, and then was drafted by the NBA’s Denver Nuggets in 1999. His pro career, however, never truly blossomed, and by 2001 he was released by the Boston Celtics and playing abroad in Italy, Poland, Turkey, China, and Iran. By 2011, Herren possessed 11 felonies on his police record, all related to his drug abuse that ultimately led to a heroin overdose.

But these days, Herren is doing something about it. He admits his mistakes, and he uses his story to inspire high school students across the country to avoid similar life-fracturing decisions. On Thursday, Herren will make his third visit to the Upper Ohio Valley when he speaks with students at Wheeling Park High School in the morning and then to the students from all Wetzel County high schools in the afternoon in New Martinsville. The events are not open to the public.

“There’s no doubt in my mind that Chris Herren is saving lives by delivering his message to these kids,” said John Billie from Paree Insurance Centers. “He hits a nerve with everyone in the room. Students, parents, business owners – his message provokes a lot of emotion from everyone.

“When you hear what he has to say, you know that you have to do everything you can to keep bringing Chris back, and that’s why a lot of different people came together so he could return this week,” he said. “You can’t make this stuff up, and after you hear him tell his story you have to wonder why he’s even still alive.” 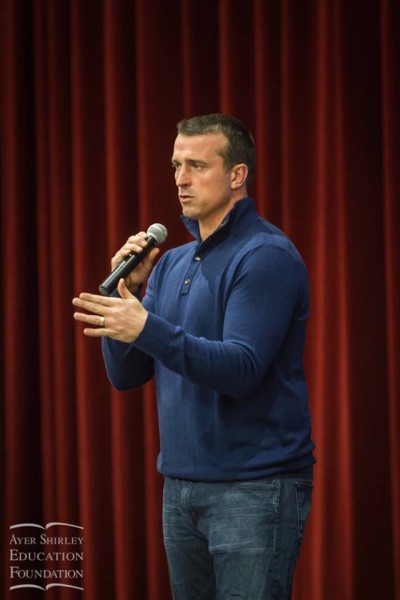 Chris Herren is scheduled to speak with students from Wheeling Park High School and all four high schools located in Wetzel County on Thursday.

“Chris doesn’t talk at the audience; he speaks with everyone, and there’s a difference,” said Billie, the father of two teenage daughters. “As a parent you wonder sometimes if your children are hearing you, so having someone like Chris Herren deliver his message is important.

“So many people have been willing and eager to help with these events, and I think that says a lot about our community, and I think it says a lot about the impact that he has when he visits,” he continued. “You can do all the research that you want into his experiences, but hearing it from him really touches you for sure. It’s something you have to experience firsthand.”

During the past several months, William Ihlenfeld, U.S. Attorney for the Northern District of West Virginia, has addressed the drug abuse issues with a concentration focused on community partnerships. He has collected educators, medical professions, local and state lawmakers, and media members in order to educate children and parents, and Ihlenfeld agreed with Billie about Herren’s all-imperative impact.

“His message is important for our young people to hear,” he said. “He is a person who lost a life in the NBA because of the decisions he made in his life, and it’s now important to him to get his story out so others will avoid those paths.

“He’s been here before and from what we can tell, he’s reached a lot of people. For whatever reason, he’s received a lot of feedback from the students in this area,” Ihlenfeld continued. “He delivers a message every high school student needs to hear these days, so our office will always work on these kinds of events.” 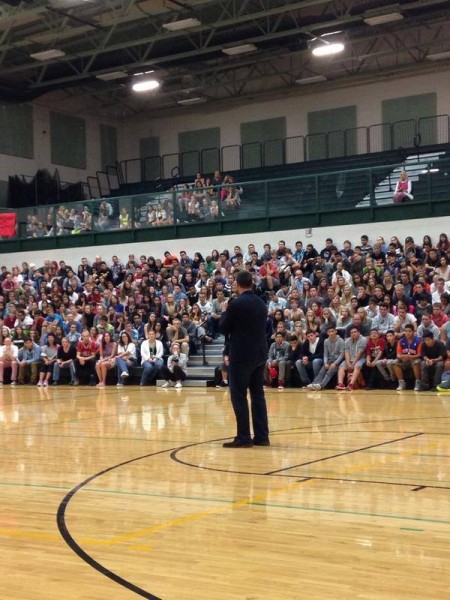 Herren travels the country to deliver his powerful message, including to Sun Valley, Idaho.

Jim Lee is a retired chief probation officer in the Northern Panhandle, and he also is one of the founding fathers for drug courts in West Virginia and on the federal level. With more than 40 years of law enforcement experience, Lee is well aware of the drug abuse that takes place in this region.

“We have had too many overdose deaths in the Northern Panhandle in the past few years to ignore this issue, so I’m very pleased that these partnerships are working together for speakers such as Chris,” said Lee. “When a region loses nearly 300 people in two years because of heroin alone, people have to do something. The people who are dying are young, middle-aged, and older, and it’s all because they made a mistake, and they continue to pay for it in a deadly way.

“Chris Herren tells his story, and his story tells us that anyone can get corrupted by this stuff. That’s how powerful it is, and once you’re hooked, you’re in grave danger,” he said. “Most of the people who hear Chris speak are genuinely touched, and all we can hope for is that it makes them think twice or three times about that decision.”

Lee also believes treatment is a vital part of recovery, and that is why he has pushed, from the beginning, a judicial program that includes counseling and frequent testing.

“Those things have to be a part of the drug court system or we’re going to continue seeing our family members and our neighbors die,” he said. “It’s an enormous problem so that’s why it is important for our community to come together to bring Chris Herren to our area to deliver his life story.

“Avoiding those bad decisions is the best way to stay away from these problems and people like Chris help make that happen,” he said. “You can see it happening during his talks. You can see it on the faces of the people in the audience. You can tell he’s making everyone in the room think hard about it and doing something about it.” 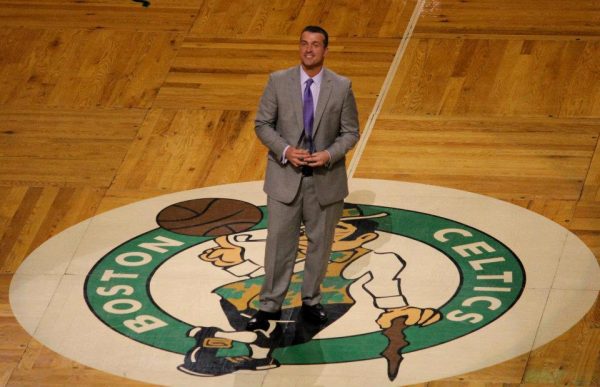 Herren played for the Boston Celtics before his release in 2001.

(Photos provided by the Herron Project)