This piece was written in 1920 by Mrs. Dorothy Cooper via Lincoln High School; contributed to Weelunk courtesy of Daryll Clausel, president of the Upper Ohio Valley NAACP.

The majority of negroes began to migrate to this section from East Virginia about 1864-65, which was shortly after Lincoln issed the immortal Emancipation Proclamation. Prior to that time, there were not more than a half dozen free colored families in this section. Other than that, all were slaves (1810 census).

During this period of the close of the Civil War, quite a few of these ex-slaves came here with the union soldiers or as fate had brought them in their wanderings. In all, there were not more than 25 to 35 families.

Many of these were cared for at Camp Carlyle which was located on Wheeling Island. Others moved on and located near Mount Pleasant, Ohio and secured valuable property.

These people, because of lack of education, training, existing conditions and experience in managing their own affairs, underwent many hardships. Because of the laws at that time, there were no schools and not even a place for negroes to worship God. Religious services were held in kitchens, out in the woods and in any place that could be obtained.

Up to the outbreak of the Civil War, Virginia laws and customs prevailed. Thus at the corner of 11th and Chapline Streets, a whipping post stood. Squire McConnell had charge of this and administered punishment to all slaves who had committed offenses. 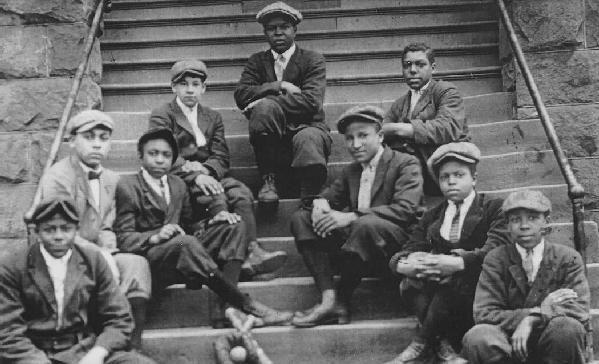 It was against the law for any white person to give instruction to a negro. In the midst of these conditions, Lincoln School was founded in 1866. Notable leaders included Dr. Hupp and John Jackson, founders; Miss Carter and James McHenry Jones, principals. Lincoln High School was later added in 1897. 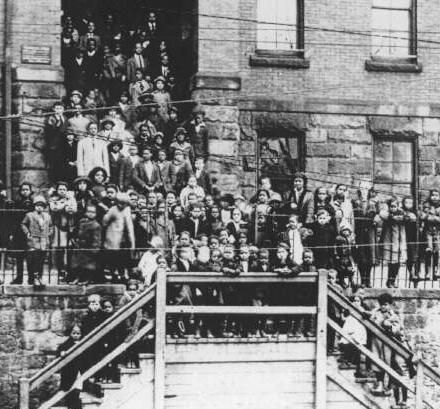 By 1920, a time of extraordinary economic expansion in the area, these were the statistics of the negro in Wheeling: