They knew what “weed” looks like, and they knew that “coke” isn’t just a soft drink.

And they are aware that people are dying as a result of drug abuse.

A focus on fifth-grade students was adopted during National Drug Facts Week by the Northern District’s U.S. Attorney Bill Ihlenfeld and his staff because children that age can understand the science involved with drug abuse just before they make the transition into the middle-school environment.

Since 2010, the National Institute on Drug Abuse has coordinated National Drugs and Alcohol Facts Week, an annual series of events and promotional campaigns designed to connect young people with experts and resources to shatter common myths and misperceptions about substance abuse by providing factual, easy-to-understand information about illicit drugs. 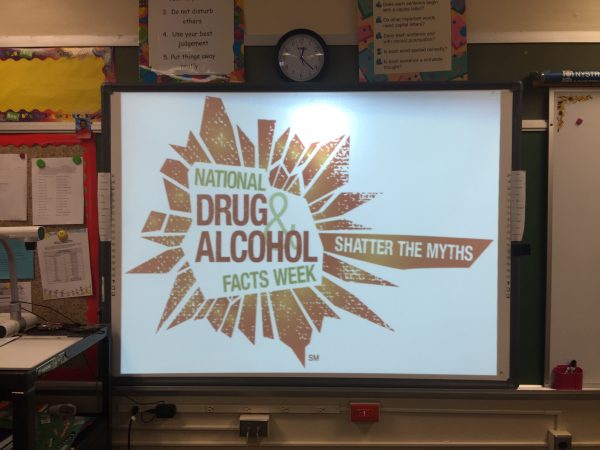 The National Institute on Drug Abuse has coordinated National Drugs and Alcohol Facts Week since 2010.

Ihlenfeld spent many hours last week speaking with children throughout the Northern District, including Wheeling and Ohio County.

“The drug problem might pose the greatest threat to the quality of life that we face in West Virginia,” he said. “Not all parts of West Virginia are like Wheeling and Ohio County. We’re very blessed here, but there are some parts of the state that are pretty darn depressing because of a lack of jobs and opportunity.

“But, even though the economy and quality of life are different in other areas, the reactions of the children have been pretty consistent. Their insight, their thoughtfulness, and being aware of the problem are things I’ve seen consistently,” Ihlenfeld said. “When I speak to children older than fifth grade, I do ask them if they know anyone who has ever overdosed on drugs, and normally the number of hands that go up is staggering to me.”

Ihlenfeld’s district includes 32 counties in the Mountain State, and in the majority of those areas elementary school includees grades first through fifth.

“This year we decided to focus on fifth graders. It’s impossible for us to reach every student in every school in 32 counties in the Northern District of West Virginia, so we decided to narrow our focus to the fifth-grade classes during National Drug Facts Week,” he explained. “The reason we’ve picked the fifth grade is because research tells us that it’s a critical age for young people.

“The decision also was based on what we’ve seen in our district, and that is that children at age who are getting ready to go into a new middle school.  That is a big step for them because there are many new people, it’s a new building, and there are new opportunities – some good, some bad,” Ihlenfeld continued. “We’re talking to these students about drugs. We’ve given them the facts. We’ve told them what science has told us will happen when those substances are put into their bodies.” 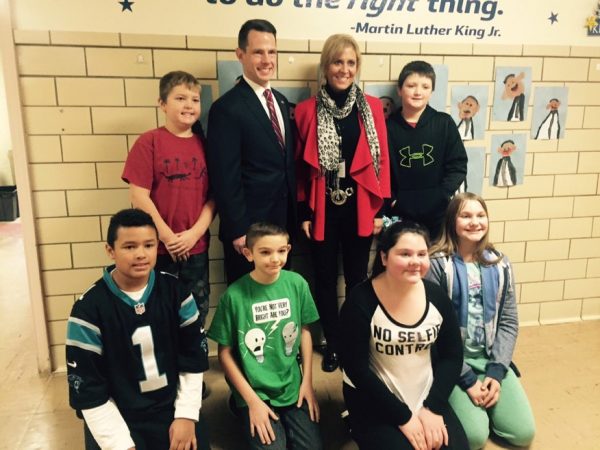 He includes a plethora of information when speaking with the students, including the commonly abused drugs, the impact of illicit substances on the human brain, the science behind substance abuse disorders, and the importance of recognizing and speaking up about the signs of addiction.

“The science has really improved through the years, and now we are learning more and more about brain development and the impacts that drugs have on that development,” Ihlenfeld said. “What we have done is deliver those facts to these children so they know what nicotine and marijuana and heroin and the other drugs we hear so much about will do to their bodies.

“It’s not a, ‘Just Say No’ message, but instead it is what science is telling us about how powerful addiction is,” he said. “We put the word, ‘addiction’ up on the screen, and we asked the children if they know what it means. We talked about their parents and that morning cup of coffee, and we ask them if their parents act differently without that cup of coffee.

“That’s when they start to realize just how easy it is for just about anyone to become addicted to something, and then we take it from there and do our best to explain what it all means.”

It was a softer message than what Ihlenfeld has delivered in high schools throughout the Northern District, a reflection of the lessons learned since launching the effort to educate the public about the drug issues facing communities in all corners of the state.

“A few years ago our office was asked to go into an elementary school to speak with second, third, and fourth graders, and we didn’t quite know how to approach children of that age,” Ihlenfeld reported. “But since then we’ve put a lot of time and effort into it, and we believe we’ve developed a message that helps them to understand the topic. 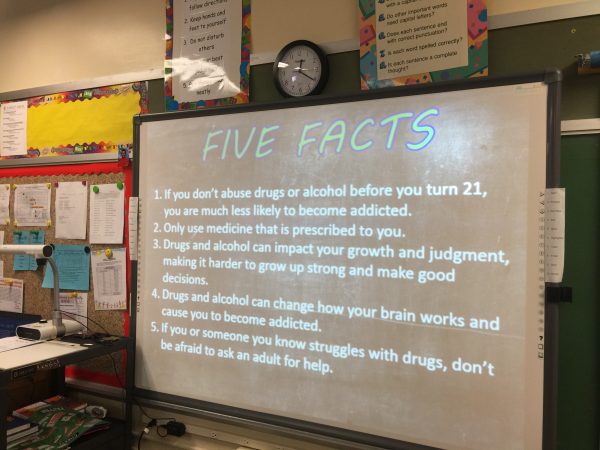 “It does have to be a little softer of a message than the one we offer high school students and adults because we’re talking to 10- and 11-year-olds,” he continued. “Having children has helped me with that message. I understand what could be going on in the mind of a person that age because I have a child that age in my household.”

One of Ihlenfeld’s talks with fifth graders last week took place at Bethlehem Elementary School, and the U.S. Attorney was surprised with the level of understanding possessed by the boys and girls involved in the discussion.

“I admit that I did not give those students enough credit for how perceptive they are. They are aware of what’s been going on,” he said. “They are aware of some of the problems that are associated with drug abuse because we asked them questions. We asked them why someone would use drugs.

“Their answers were just incredible. They nailed it,” he admitted. “That experience validated my belief that we really do need to be talking to these young people at the fifth-grade level.”

The students at Bethlehem Elementary actively participated in the discussion when Ihlenfeld would pose questions to them. He also reported that the children know most of the slang language often used when referring to illegal drugs like cocaine and heroin.

“They were very quiet, and they were very polite, but they raised their hands, and they answered the questions. One of the advantages of speaking with people at this age is that they are not as restless as we’ve seen in some high schools,” Ihlenfeld said. “But when we asked why people use drugs, one student raised his hand and said, ‘Because they are sad.’

“Then I asked them if using the drugs makes their problems go away; the response was, ‘No.’ They realize that the problem would still be there after the drugs have worn off,” he continued. “They understand. Their reactions were very impressive to me, but at the same time a little bit scary.”

“They seemed to be very interested in cigarettes and the effects that they have on people who smoke,” Ihlenfeld said. “I had one young man pull me to the side to ask me what he could do about a neighbor who smokes cigarettes. He wants to help.

“They have all had experiences that they can fall back on, and a lot of their questions were based on those personal experiences,” he said. “They knew much more than I realized, and some of them are in pretty tough situations at home, so we talk a lot about how the drugs will not make those problems go away.” 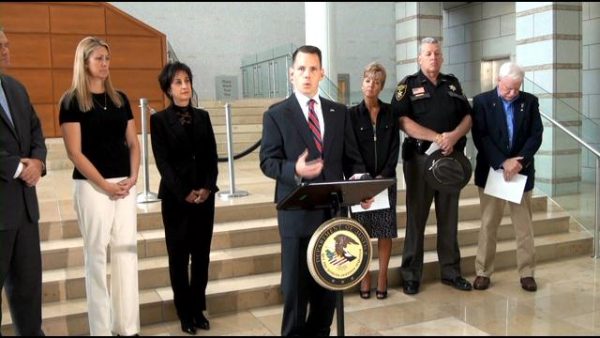 An important part of the U.S. Attorney’s battle against drug abuse and addiction in the 32-county Northern District is the partnership he’s made with local law enforcement, lawmakers, school systems, and media outlets.

National Drug Facts Week is not the only time when Ihlenfeld and his staff members visit schools and groups throughout the Mountain State’s Northern District and any individuals, educators, and other community organizations interested in scheduling substance-abuse education initiatives and events in they are encouraged to contact Tara Tighe at the United States Attorney’s Office at (304) 234-0100.

Ihlenfeld also has been working with several community partners for more than a year to widen the reach of his office’s message about drug abuse and the perils of addiction. School officials, medical professionals, non-profit organizations, and members of the media have proven instrumental with an approach Ihlenfeld believes is the best way to inform and educate the public.

“It has to be a collaborative effort because no one can deliver this message all by themselves,” Ihlenfeld said. “We have to come together as a community so we can reach as many people as possible.

“We also have to be innovative when thinking of ways that we can help people get the treatment that they need. Many people do want treatment,” he continued. “So we need to make sure that we are steering them in the right direction so they can get the help and information they need.”

(Photos provided by the U.S. Attorney’s Office in the Northern District of West Virginia)