Hoffman to Be Missed, Must be Replaced on Ballot

“We strive to serve the taxpayers each and every day, and my staff and I are ready to answer any and all questions to the best of our ability, including myself.  I am ready and willing to help anyone I can, and if I do not know the answer at the moment the inquiry is asked, then I will research and get back to the person as soon as possible with the correct information.

“This is a public office, and my staff and I strive to serve the taxpayers. There is always room for improvement, and I, as the assessor, promise to be available to help as many people as possible.”

Kathie Hoffman was a people-person in a people’s position, and she took her elected position as Ohio County Assessor very seriously. 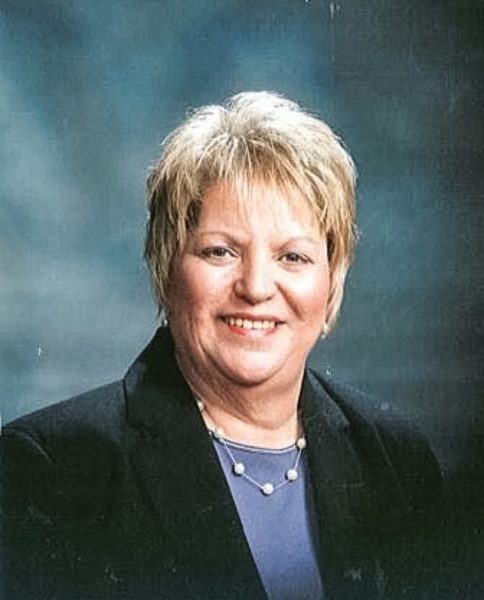 Kathie Hoffman passed away suddenly at the age of 73.

She wrote the following for Weelunk during the primary election cycle:

“I am active in the Legislative Committee of the Association of W.Va. Assessors, and we lobby for the interests of the taxpayers. There are several items which I think that should be changed. The Homestead Exemption should be raised from $20,000 to at least $30,000 since the Market Value of property has increased in the last several years. Flood Insurance legislation had been brought up a few years ago and still needs to be addressed now since flood insurance has continued to increase.

“I pride myself on the fact that my staff and I assess all property fairly and will do what I can for the taxpayers of Ohio County … .”

“Beside the fact that she did a tremendous job as our assessor, Kathie was one great lady,” said Ohio County Commissioner Orphy Klempa. “Honestly, I could sit here for a few hours just talking about her. That’s how wonderful a person she was. She was very committed to the job, yes, but also to her family and to her community.

“When Kathie was first elected and took office she sought the help she needed to get what she needed to get done, and then she became one of the best assessor’s in the state. That’s why she was named the state’s Assessor of the Year in 2012, and I am sure she would have won that award again,” he continued. “And she was not bashful with coming to the commissioners if she thought something needed changed, and 99.9999 percent of the time she was correct.

“I am going to miss my friend, and the residents of Ohio County will miss her, too, because Kathie always made herself accessible for any issue that a taxpayer may have had during her eight years in office.” 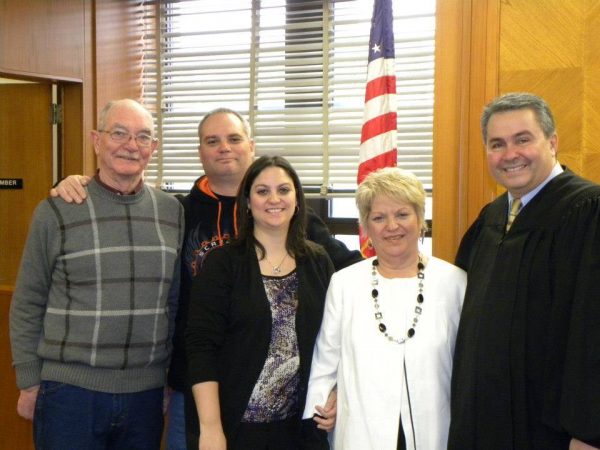 The Hoffman family was in full force when Kathie was sworn in for her second term by Ohio County Circuit Court Judge James Mazzone. (Photo provided by the Hoffman family)

Although Ohio County Democrats still are mourning the loss of a friend, colleague, and elected official following Hoffman’s sudden death, the members of the party’s executive committee began the process this week to find her replacement for the general election in November.

Hoffman passed away one week ago after being hospitalized since July 4. She is survived by her husband, Thomas H. Hoffman Sr., and by her two children, Tiffany and Thomas Jr.

During their monthly meeting on Monday the 12 members of the Ohio County Democratic Executive Committee discussed how the party would undergo the selection process. West Virginia Code mandates the assessors position must be filled by a Democrat during the next three weeks, and state law also requires the committee to appoint a nominee within 21 days of her passing.

The interim assessor would then assume the assessor’s duties until Hoffman’s second term officially ends on Dec. 31. The county’s Republican Party did not have a candidate in the primary on May 10, and its executive committee allowed the general election filing deadline to pass, as well. Non-party candidates, however, have until Aug. 1 to file for candidacy. 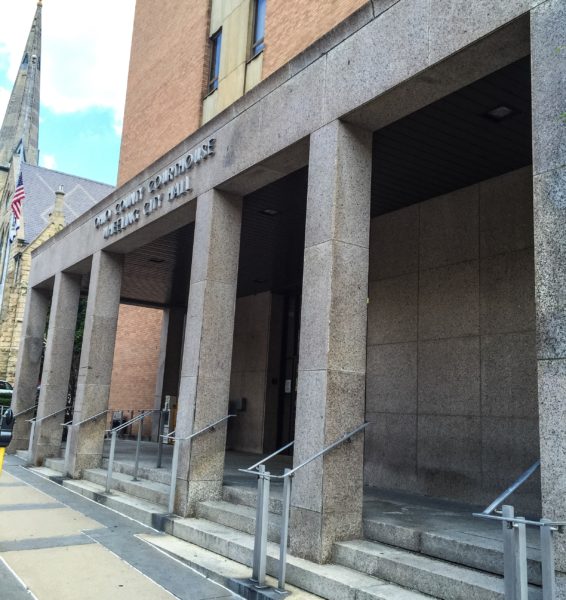 The City-County Building on Chapline Street has been a somber place since Kathie Hoffman’s passing. (Photo by Steve Novotney)

“Unfortunately, now it’s time for us to move on because of the requirements under state law,” Klempa explained. “We are now under a timeline to replace Kathie on the general election ballot with another Democratic candidate, and that deadline is Aug. 3, so we will collect those resumes between 8:30-5 p.m. at the Ohio County Clerk’s Office in downtown Wheeling.

“The adopted procedure will mean that we will now accept resumes from registered Democrats from Ohio County, and then after the collection process those resumes will be distributed to all of the executive board members for review,” he continued. “Then there will be a vote, and all 12 members will vote unless one of the members wishes to be a candidate who would be up for the position.”

The resumes, the county commissioner said, must be hand-delivered to the Clerk’s Office by Thursday at 5 p.m. Mailed resumes will not be accepted.

“We are going to stay away from the mailing of the resumes because of the deadlines we are under at this time because we don’t want to get into the situation where someone’s resume gets lost in the mail,” Klempa said. “The chosen procedure is unchallengeable, and that was very important to everyone because we want to make sure that we have a very honest, open, and fair process in place, and this procedure will accomplish that.

“And although April Luv was defeated by Kathie Hoffman in the primary, she is still a registered Democrat in Ohio County, so that means she could choose to enter a resume for consideration,” he confirmed. “My understanding is all you have to be is a registered Democrat in the county to be eligible to be considered as the replacement on the November ballot for our friend Kathie Hoffman.”