It was her father’s business, and for decades Colby Homer watched, admired, and yearned to be more involved, and during the past three years she has been able to realize her dream.

Homer, a lifelong Wheeling resident, inherited her father’s company, Commercial Investments Inc., a little more than three years ago, and today she and her husband, Patrick, own five properties in a few different areas of Wheeling.

“When my father passed away a few years ago, he was the oldest active real estate broker in West Virginia. His business, General Realty Co., was first opened in 1959,” explained Homer. “The houses that we have now were all selected and purchased by my father, so now those homes are owned by the second generation.

“I grew up watching my father work on these properties, and it was always something he was very proud of,” she said. “My mother would join him in the evenings, and she would take me with her. That’s when I would be doing my homework in one of the rooms they weren’t working on at the time.” 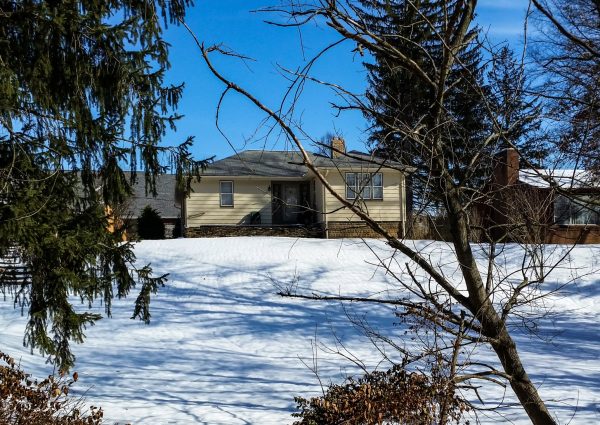 This house located at 106 Park View Lane has been recently renovated.

The conversation she had with her father was brief and to the point, and since then Homer has worked hard to renovate her five properties not only so they are attractive to potential tenants, but also so those signing leases wish to remain for extended periods of time.

“The real estate business is like osmosis for me because I’m not into selling real estate, but I sure do love working with it,” she said. “I just adore it now that I and my husband have the company now. It’s something I’ve always wanted to do.

“My husband is my partner in every way, and he has always been totally supportive with everything I’ve ever wanted to do,” Homer said. “He has helped me so very much with keeping the books balanced, the snow shoveled, and keeping our properties as nice as they can be.

“When it comes to updating and renovations, we know our limitations, so we always hire local contractors to do the work on the properties on the inside and the outside,” she said. “If you want the best for your buildings, you don’t mess around trying to do things that should be done by professionals. Instead, you hire the professionals.” 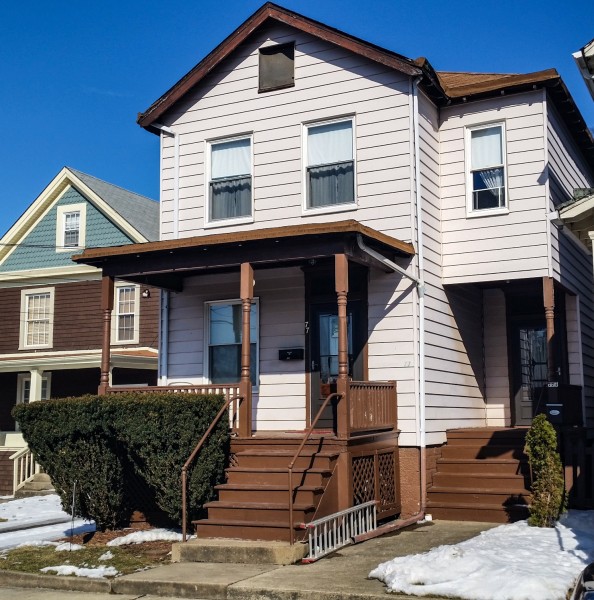 This duplex rests along Lynwood Avenue, and the second-floor apartment is available at this time.

Homer has one property – a second-floor apartment in a duplex on Lynwood Avenue – that is available at this time for $550 per month, and two others will become available this summer at 106 Park View Lane, 99 McLain Ave.

“Our property on Lynwood Avenue is perfect for someone who is just getting started with their adult lives, or for someone a little older who is looking to downsize,” Homer explained. “We have large, generous apartments on Lynwood that are very comfortable and very convenient to the people who live there.

“The property at 99 McLain Ave. is a very nice, two-bedroom garage apartment that has a lot more space than it appears from the outside,” she said. “It’s a very, very nice property with granite floors, granite countertops, a new kitchen, new carpeting and accent walls, and it comes with a washer and a dryer, too.” 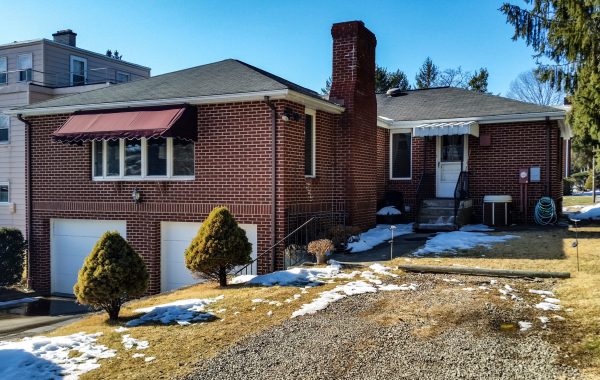 This is the rear of a home that rests along Oakmont Road.

She enjoys the process of preserving older homes while also updating them in ways not typical of rental properties in the Friendly City, and a pair of homes close to her own is a prime example.

“It is a 1930s house we have at 106 Park View Lane that has been brought forward in a pristine way,” Homer said. “It is furnished, and it has gleaming hardwood floors, some antiques, very comfortable paint that’s attractive, and all new infrastructure with new wiring, furnace, air conditioning, and hard-wired smoke alarms. Everything you want in a higher end house is there.

“The property we have on Oakmont Road is an executive house that has luxury in a space that’s very comfortable but not too expensive,” she explained. “There’s a great room in it with a gas fireplace, central air, a very nice kitchen, three bathrooms, two bedrooms, an enclosed garage, and there’s also office space in the basement.” 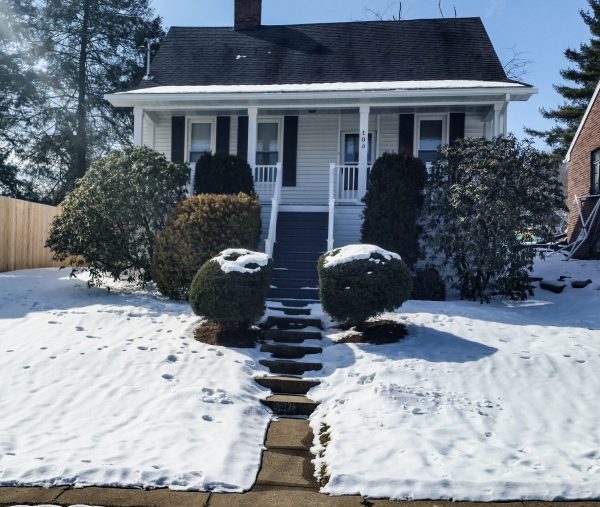 Homer refers to this property at 106 Harding Ave.  as her, “job house,” because she and her husband are soon to gut it and have the interior completely renovated.

And there is the property to which she refers as the, “job house,” an attractive house located along Harding Avenue, in the Springdale section of Wheeling. When Homer took ownership, longtime tenants were living there, but they have since moved.

“Our property on Harding is going to need everything done, and we plan to do that this spring and summer,” Homer said. “It is our oldest property, but our plans are to make it really, really nice. There will be some polishing and a lot of new because the former tenants lived there for more than 30 years. They grew old in the house, and the inside of the house grew old with them.

“I love it when we get to do rehabilitations to the properties, and maybe that’s because it’s in my DNA,” she said. “I enjoy every moment involved with making the decisions on how to move these properties forward. I take great pride in it because I want our tenants to be happy and feel at home instead of just living in a place for a while. I want them to feel at home. That’s very important to me and my husband, Patrick.” 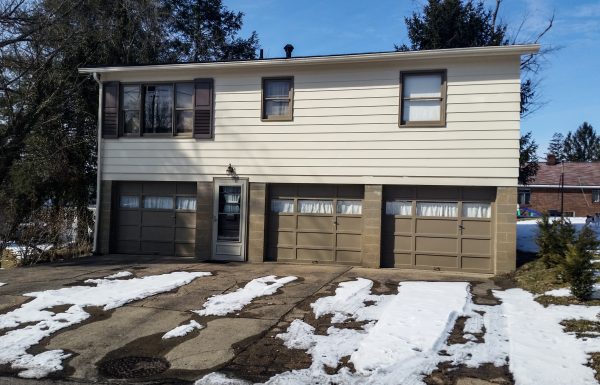 One reason, Homer explained, why tenants often remain for more than one year is the level of service that’s offered by Commercial Investments Inc.

“We try to respond to anything that may be wrong in under an hour,” Homer said. “If we are not in town for whatever reason, we always have someone who is on call and ready to respond very quickly.

“We feel that it’s very important to be there for the people who decide to live in one of our properties,” she continued. “Problems are rare because we have updated our properties as quickly as possible, but things do happen. So when that is the case, we’re jumping to get the issue taken care so everyone involved can get past it very quickly.”

It is a business, Homer admitted, and the goal is to turn a profit, but she is also concentrated on being a part of the solution instead of a part of the problem. Homer is a believer in her hometown, but not because of a recent epiphany.

“I care about Wheeling because this has always been my home, and it’s a great place,” Homer said. “I think people can find their perfect home in Wheeling. It’s a comfortable place.

“And I think we have turned the corner now because I think people now realize that the buildings we have are not just old, but they are very valuable. Wheeling is very unique, and I think people have traveled enough to know that they should come back. I think people see that efforts are being made and that they are not going to be the only ones who believe in the city and the people in it.” 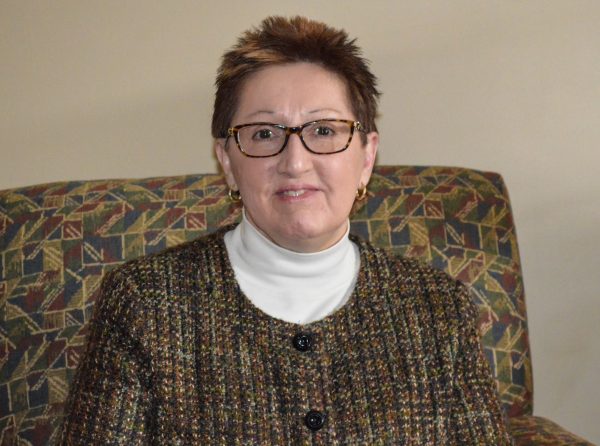