Yeah they was dancin’ and singin’ and movin’ to the groovin’

And just when it hit me somebody turned around and shouted

It wasn’t easy, that disco thing. No one saw it coming. Rock and roll had been the focus since the mid-1950s, and the Valley was a hard-working, blue-color culture that suddenly grabbed hold of everything mirrored, the Hustle, and disc jockeys repeatedly spinning the soundtrack to “Saturday Night Fever” over and over again.

Rob Parissi was amazed, and he was puzzled. His band played rock music and the members of Wild Cherry were willing to travel wherever and whenever for a gig, but they found themselves sitting at home more often than not.

And then they had a band meeting. 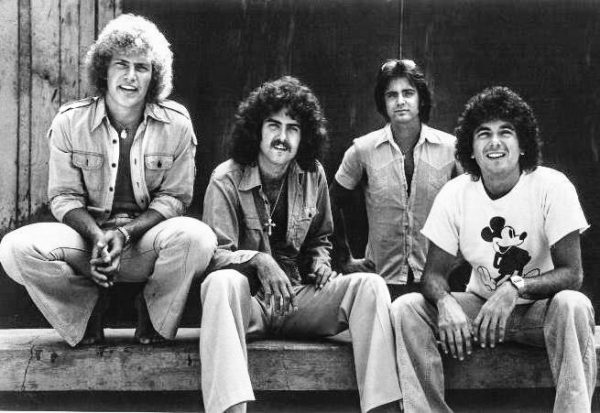 “Wild Cherry was a rock band, and in the late 1970s rock venues were closing, and discos were opening. That’s when our drummer told us what a couple of black guys asked him. They asked if we were going to play more of that funky music, and that’s where it came from,” Parissi said. “I wrote that song at a very bad time in my life, but what a difference that song has made. That one song changed my life and the lives of my bandmates, and not one of us can believe the reach that it’s had.”

“Play That Funky Music White Boy” is THE song, and on Sept. 18, 1976, it reached No. 1 on the Billboard Hot 100, and it has sold more than 4 million records worldwide. The tune is No. 73 on Billboard’s “Greatest Songs of All-Time” listing, and Parissi was the lead singer, and Bryan Bassett (guitarist), Allen Wentz (bass), and Ron Beitle (drums) have enjoyed the ripple effects ever since.

“It doesn’t bother me that Wild Cherry is known as a one-hit-wonder band, and I’ll tell you why. No one remembers the two-song wonders,” Parissi said. “But everyone cares about a one-hit wonder. And to be honest, that one-hit wonder has turned out to be the same as what some bands experience with five hits.”

This is the final time.

Parissi admits he’ll always pick up his guitar and pluck those opening chords of THE song, but as far as reuniting with his bandmates to perform any of Wild Cherry’s original tunes, Aug. 2 at the Capitol Theatre represents the last occasion.

“It’s going to be a historical event for the Upper Ohio Valley because it will be the last time the original members of Wild Cherry will perform, ‘Play That Funky Music’ because Rob is retiring after this show,” said Frank O’Brien, executive director of the Wheeling Convention and Visitors Bureau. “This is it. His final performance, so this is the last chance for anyone to hear these guys perform that iconic song that really went around the world. 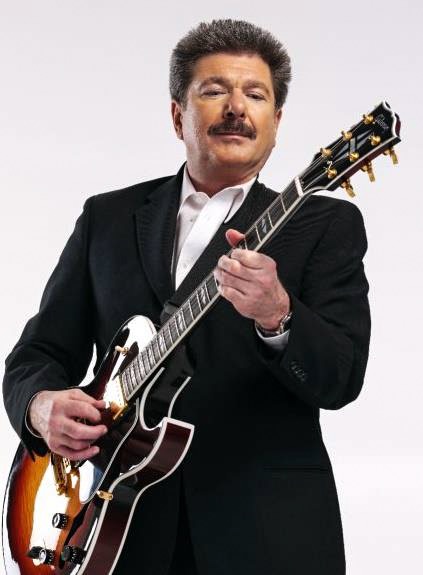 “I knew Ron when we worked together in the early 1980s at a radio station, so I went up to the show to reconnect with him because we hadn’t seen each other for a lot of years,” he continued. “Rob had created ‘Hoodstock’ to help his hometown, and it was the first year for the event, and they sold more than 700 tickets. I thought it would be a great event at the Capitol Theatre. That way many more people will be able to see a great show.”

The music begins at 5 p.m., and the Capitol Theatre stage will not only host Wild Cherry but also Spinning Jenny, U.S. Kids, Maxine Nightingale, Thea Austin, Tongue n’ Cheek, Bone Daddy, the Granati Brothers, Rock Academy, and co-host Mark Eddy. Tickets are $15 and $25 and can be purchased by visiting http://www.etix.com/ticket/p/1846302/hoodstock-2015-wheeling-the-capitol-theatre, or call 304-233-4470.

“There will be a festival atmosphere with people moving around a lot,” O’Brien said. “People will be moving from the theater and up to the ballroom, so it’s going to be a lot different from when people go to an event at the Capitol Theatre that is two hours long at the most.

“The people who attend will also have a chance to meet and talk to the performers in the ballroom before and after the show so they can ask them their own questions,” he said. “I’m sure there will be some audience members who will share their stories about seeing Wild Cherry at a local bar in this area back in the 1970s.”

Changin’ Rock and Roll and minds and things were getting shaky

I thought I’d have to leave it behind

I’m funking out in every way

But I’ll never lose that feelin’ (no I won’t)

Of how I learned my lesson that day

“Hoodstock” is about Parissi’s neighborhood. He grew up in Mingo Junction, a once-proud community empowered by the steel industry that is now struggling to keep the lights on – literally – because of lost tax revenue from the shuttered mill. The Rob Parissi Scholarship Endowment benefits two students of Indian Creek High School, and they are awarded $1,000 each to assist with the initial encountered costs with college.

“Those dollars can at least pay for the student’s books for the first semester, and that’s going to be a relief on the student and the parents,” Parissi said. “I know it’s not a lot of money compared to the cost of a college education these days, and that’s why we hope to grow the amount we can offer to future students. But at least it’s something of a kick-start. 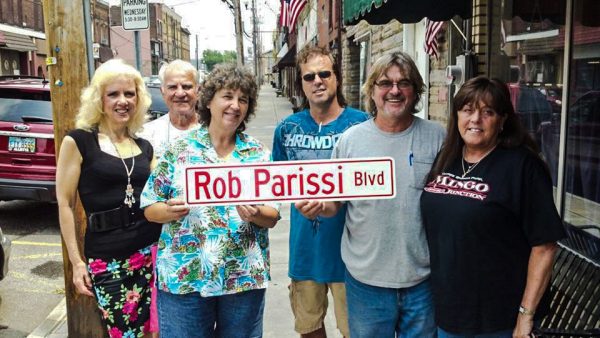 Mingo Junction recently honored Parissi with a street named in his honor.

“The people in my hometown are really having a hard time since the mill closed, and they all have heard promise after promise about the jobs that the place could add in the future,” he continued. “But it’s a scrap yard, and it’s ugly, and it’s going to bring property values down, and that’s not fair. I really wish I could do more.”

“Hoodstock was created by Rob because he is so thankful for his roots here in the Upper Ohio Valley,” O’Brien said. “He’s experienced a lot of success in his career, but he has never forgotten about growing up in Mingo Junction.

“Now, with the loss of Wheeling-Pittsburgh Steel in Mingo Junction the community is struggling to survive, so this is a way he believes he can help,” he said. “That’s why he has established the endowment, and that scholarship goes to students from Indian Creek High School.”

And it’s all because of one hit, a song he composed quickly that continues to generate revenue for all four of the Wild Cherry band members.

“Blake Shelton does it. So does Prince. And I don’t know why they’ve decided to do that, but it’s flattering,” he said. “I didn’t realize it after I wrote it or even after we recorded it. The first person who me told they thought it be would a longtime hit was Casey Kasem. He told me that the song would be around until the end of time. I didn’t know if he was crazy or not, but he’s been right so far.

“That one song has been very good to us. It has allowed me to live a pretty good life because of some investments that I have made,” Parissi explained. “I’m no business genius, but I’ve been very fortunate with the decisions that I have made. The song somehow became very, very popular around the world. It took on a life of its own, and now it’s time to establish a way it can keep giving back to the Valley.” 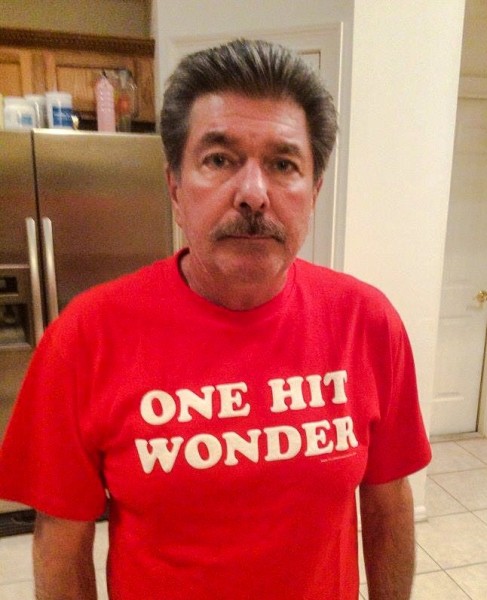 Parissi says he doesn’t mind being known as a “one-hit wonder.”