The primary goal of the West Virginia Community Development Hub is to form partnerships with people and organizations from throughout the Mountain State in order to “same-page” citizens working to improve their respective cities, and the Hubapalooza conference is a prime example.

And they want Wheeling involved.

The one-day networking and education event is set for April 30 at the Summersville Arena and Conference Center, a 200-mile trek for those residing in Ohio County. But Jake Lynch, director of network communications, expressed his hopes that representatives of the Wheeling effort are in attendance.

“What we see taking place in the Wheeling area is what we hope to see happening all over West Virginia. Right now, you guys are way out in front of what we are trying to do in every area,” he said. “I get the sense that everyone else is watching Wheeling and paying attention to what your community is doing.

“There have been a lot of new, small businesses opening, and there are so many great ideas that just seem to keep flowing from the people in Wheeling. That puts the efforts and accomplishments in the Wheeling community in the forefront of what the rest of the communities wish to accomplish, too,” Lynch continued. “For example, we at the Hub are huge fans of Weelunk, and we wish there were 100 of them all over West Virginia because that’s one of the biggest hurdles, is communication.

“Storytelling may sound old-fashioned, but that’s what our communities need to do. They need to show other people what is taking place because those kinds of success stories allow others to believe their dreams might be possible too,” he added. “You guys are onto to something; that’s for sure.”

Jake Dougherty, director of ReInvent Wheeling, said he plans to attend the conference but not just to share what’s proven successful in the Friendly City. Dougherty also hopes to hear the success stories from other communities, as well.

“We have worked with the Hub on a few different things in the past, and they do a great job of bringing people from around the state together for those kinds of discussions,” Dougherty said. “Those types of discussions are important for us here in Wheeling because we are always looking into other areas to see what they are doing and what might also work here. When we find something, we do our best to try to make it fit because everything matters.

“Here in Wheeling, we are leading the way for public engagement, and that’s what a lot of people in other communities want to see happen where they are,” he said. “When I’m asked how we have attracted so many people, I explain to them that a lot of people truly believe that Wheeling can be a great place, and they want to be a part of it. That’s what gets the people out. We have had people who wanted to and have made a lot of positive difference for a long time, and now we have reached a critical mass where more and more people want to be get involved.”

Dougherty cited the efforts on the city’s state-mandated Comprehensive Plan, the growing attendance at ReInvent Wheeling’s “Show of Hands” events, and the large crowds that collect at Heritage Port each summer and fall as examples of an engaged public.

“We have been lucky in Wheeling for several years because our festivals really bring people to the downtown area, and that’s led to a lot of people to caring about what happens to our downtown and in all our neighborhoods,” he said. “There are a lot of ways we can help that grow even more, so that’s what we have been concentrating on for much of the past year.

“Events like Hubapalooza are great for people from all over the state because we’ll get to hear about what goals some communities have, and if it’s something we’ve kind of figured out here, we can help them,” Dougherty continued. “And the same goes for us. We have a lot of goals, so if a city is experiencing success in one of those areas, we want to hear how they got it done where they are.” 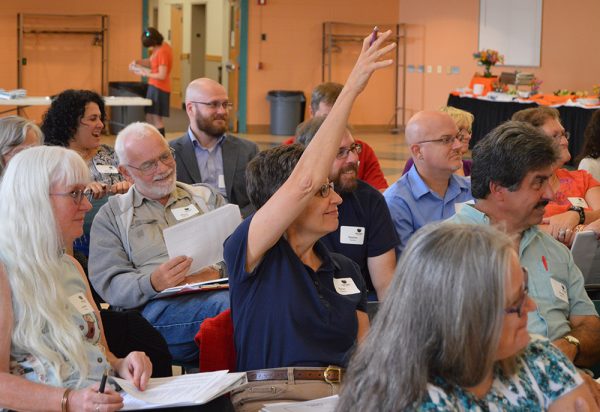 Presentations and interactive forums will take place, Lynch confirmed, with the goal of sharing lessons learned and strategies and opportunities for individuals and organizations working toward improving West Virginia’s economy, health, and environment.

“Hubapalooza was born of a great demand,” says Amanda Yager, The Hub’s director of community strategies. “That demand was for assistance with things people could do in their own main streets, in their own businesses, in their own schools, and with their own hands, that would make real and tangible improvements.

“When you are tackling a serious problem in your community, like finding ways to attract new businesses or encouraging people to be more physically active, it can sometimes be lonely, discouraging work,” she said. “We champion all the people taking on these critical issues, and that’s why we launched Hubapalooza. What Hubapalooza will show you is that you are not alone and that other groups will have valuable lessons for you, techniques that have worked. That is the power of networking and collaboration.

“In addition to idea and resource sharing, Hubapalooza will feature presentations from Hub staff on policy advocacy related to community development issues and how to use communications as a tool to spread awareness of your initiative and build a strong constituency of supporters.”

The cost to attend Hubapalooza is $25, but that fee will be waived for a team of three or more community volunteers presenting a display about their community project or initiative, according to Kent Spellman, the Hub’s executive director. 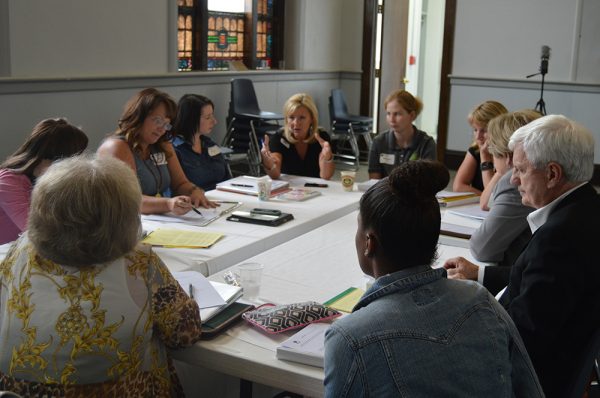 “What we would love to see are teams of people from communities from throughout West Virginia coming to this because that’s how we can all move forward,” he said. “What has been a success in Wheeling, for example, are still challenges in other areas of our state, and although there are different issues in different areas, there is one commonality in all our communities, and that is improving whatever needs improving.

“At the Hub we collect partnerships with as many organizations we can because that allows us to connect one group to another to get them all on the same page,” Spellman said. “Hubapalooza is an opportunity for the people working in the same direction to have face-to-face conversations so they can return to their communities with more allies on their side. A lot of people wish to obtain immediate ways to take action, and they are innovative, passionate and determined. The grassroots community development scene in West Virginia is an exciting place to be right now.”