It was just a week ago when Christie Companion Varnado had returned to her hometown of Wheeling to celebrate with her classmates whom she graduated with 30 years ago from Wheeling Park High School.

Following the final get-together at River City Restaurant, she returned to her home near Charleston, S.C., and to her husband and two children last Sunday. But just two days later she was met with what the National Weather Service stated about Hurricane Matthew even before the storm claimed more than 270 lives while reducing parts of Haiti and the Bahamas to, well, rubble and splinters.

Uncertainty ruled the first day, but as the system progressed north, government officials opted to issue evacuation orders throughout the state of Florida, Georgia, and South Carolina. The exact path of Hurricane Matthew remains an unknown variable in this situation, but history has proven getting out is a safer option than a wait-and-see approach.

That’s why Christie and her family are no longer living at their home in Mount Pleasant, a community just a short distance from Charleston and Sullivan’s Island, a haven of a place that rests along the Atlantic Ocean. The deadly and destructive storm named Matthew is why the Varnado family has scampered away to her brother’s home in Charlotte, N.C. 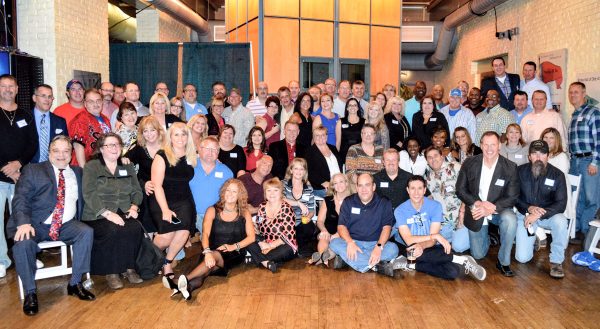 Christie, sitting near the middle of the photo, traveled to Wheeling last weekend for the 30-year reunion of Wheeling Park High’s Class of 1986. (Photo by Steve Novotney)

“The first reason we evacuated is the kids, and you just can’t tell from the radar at this point if our area is going to get the hit that many think is going to happen,” Companion Varnado said. “There are so many different scenarios right now, and many of them show our area getting hit pretty hard with the high winds and the storm surge.

“In the end, it’s better to be safe than sorry, and if the storm surge is as big as what they have predicted, high tide could present a very serious situation, and that’s not something you want your kids to experience,” she continued. “We did wait for a little longer than a lot of people because we wanted to see if anything changed, but then we decided safety was our best option, so we came to my brother’s home.”

The couple’s two children, 13-year-old Davis and 11-year-old Anne Wilson, have viewed this experience thus far as something of an adventure, their mother explained, but that is only because of their age and because they have not experienced such a situation during their short lives. 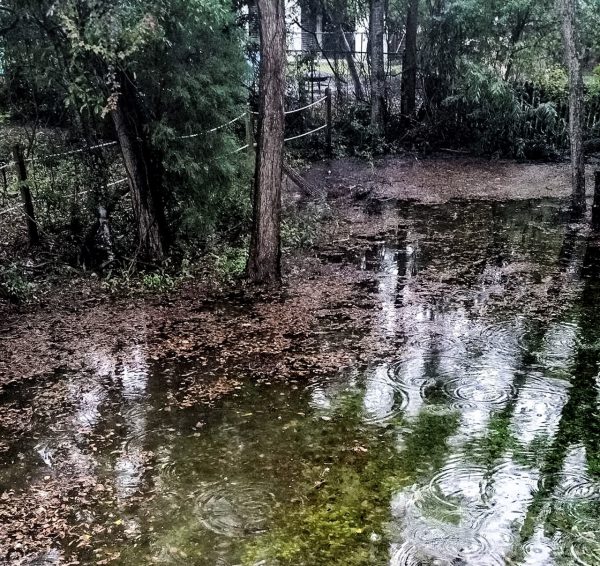 Heavy rains last year forced the nearby marsh to swell into the Varnados’ property in Mount Pleasant, S.C.

“They are happy to be here right now because they’re out of school and out of harm’s way, but I also don’t believe they have any concept of what could happen to our house and what we could go back to,” Companion Varnado said. “I didn’t want to scare them by telling them to take their favorite things with them when we evacuated. I did encourage them to take some things that I know are very special to them.

“So they aren’t really thinking about the full impact right now,” she added, “and hopefully they won’t have to.”

While the forecasts issued by the National Weather Service have fluctuated the past two days, most models have indicated an impact on much of the South Carolina coastline. That and many unknowns represent yet additional reasons for the Varnados’ decision to leave their property for ground out of Hurricane Matthew’s blast zone.

“The hardest part is when you leave and evacuate, you never know what you’re going to go back to. When we returned after Floyd, it appeared that it was just a pretty serious storm, but there wasn’t total devastation,” Companion Varnado said. “There were a few trees that were down, and I’m sure some homes suffered some roof damage from the wind, but it really wasn’t that bad. I don’t think the area even lost power for very long. 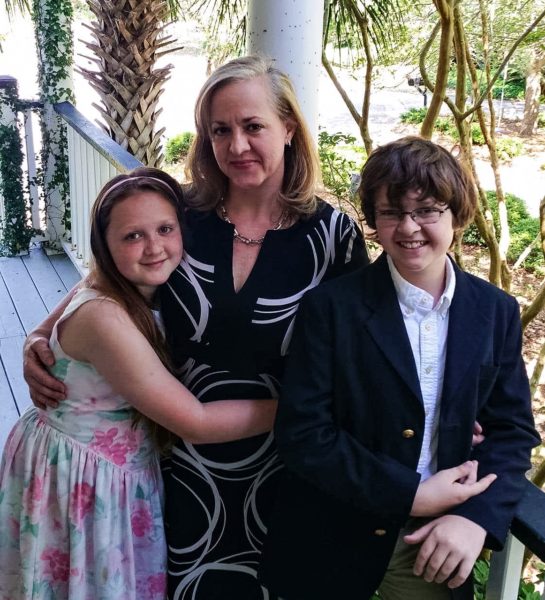 “After Hugo people returned to no houses or huge holes in their roofs,” she said. “Our house is elevated, so we are definitely in an area that could be affected by a significant storm surge, and there is a chance if it’s big enough, we could take some water into our house. It’s really a bunch of uncertainty at this point.”

South Carolina Gov. Nikki Haley issued an evacuation order for the Charleston area midday Tuesday, and many residents, Companion Varnado said, took heed to the warnings by preparing their properties for the worst-case scenario and then traveled away from the potentially deadly region. More than 130,000 people live within the borders of historic Charleston, and another 75,000-plus reside in the Mount Pleasant area.

“A bunch of people took off out of our area on Wednesday, and when I was in downtown Charleston on that same day, I saw that a lot of the store owners and office building employees nailing up the plywood and placing the sandbags in front of the doors, and a lot of people were getting the boats out of the water, too,” she reported. “When we left early Thursday morning, there wasn’t a lot of traffic, and we were relieved that most of the residents left earlier than what we did.

“But there will be some who stay behind, and from what I’ve been told, there have always been a lot of men who have sent their wives and children to family outside the area, but they’ve stayed behind to protect their property,” she continued. “I know my husband considered it, but then he chose to be with us, and we’re all very happy about that.” 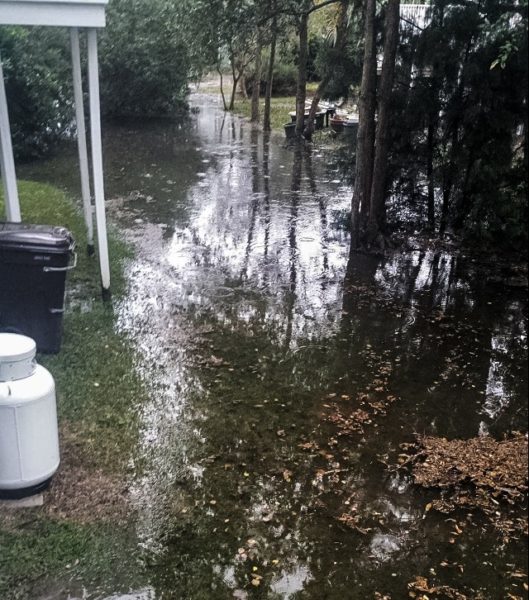 This Mount Pleasant, S.C. neighborhood features many homes that are raised to protect against flood damage.

Companion Varnado departed the Friendly City following the summer of 1986 for the University of South Carolina for her undergraduate degree, and she remained there to earn her law degree. She married, had her son and her daughter, and now she practices for the Seibels Law Firm in the middle of the historic district of Charleston. During the three decades since she left her hometown, she has gained hurricane experience only on three occasions.

“The first time I traveled to Charleston was right after Hugo in September 1989 so I could help a friend and her parents take the drywall out of their house because the house was hit pretty hard,” Companion Varnado explained. “There was a bad storm in 1997 or 1998, too, but then in 1999 it was Hurricane Floyd, and we evacuated and were stuck on Interstate 26 for eight hours and traveled a distance that should have only taken about 45 minutes.

“That was before Rob and I were married and had our children, so we were brave enough to get off the interstate and take the back roads without knowing if those roads were going to be worse,” she continued. “But since then there hasn’t been anything even close to what our area is experiencing now. We just have to wait to see what does happen and what we have to do when we can return.”