I wrote about him back in May because I’ve devoured his food for years, and I’m familiar with most of what he does in order to produce the tastes he does. He smokes, cures, marinates, and seasons on his way to sautéing, grilling, roasting, and smoking unique yumminess.

His name is Ryan Butler, named this past Friday as the new executive chef at the Wheeling Brewing Company at Centre Market, and his dishes truly are stupid good. The thing, though, is that he’s never truly been the “brand” behind his own blended bouquet of flavors that’s now featured on the pub’s menu.

Wheeling Brewing Company offers several different craft brews, six of which are produced on location, but the cuisine is all on Butler now, and everything he’s envisioned has been scribbled down in an old-school, black-and-white checkered “Composition” notebook that never rests far from him. He scribes in abbreviations, and it’s a scratched script only he comprehends. 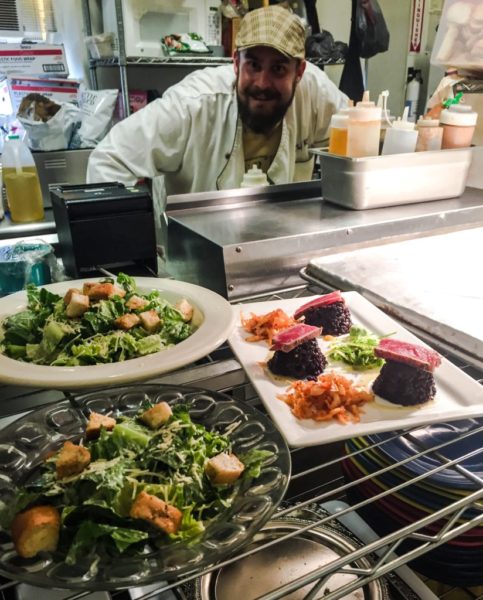 Butler was named Friday as the executive chef at the Wheeling Brewing Company.

Now this guy has slung grub at fast-food joints, a few national chains, and a couple of locally owned eateries, but now what comes out of the kitchen is according to his recipe bible.

“I was all kinds of jazzed about our first night with the new menu,” this modest man said. “I think I was up until 3 a.m. just watching the reaction on Facebook. That was really cool, I must say.”

Sure it was. It was a “First Friday,” local band Zane Run was performing a street concert just outside, it was finally the weekend, and his fans came out and gobbled up. But Saturday afternoon proved a swift shift, too, with locals and Wheeling visitors sitting elbow to elbow at the bar and along the new, long table that provokes interaction, and Ryan is not shy when it comes to querying his customers.

“Gotta make sure it’s all good, ya know? And there’s only one way to do that,” he said. “That’s how this is supposed to work.” 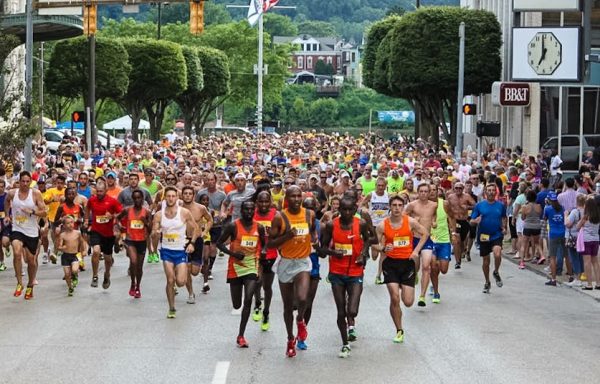 He didn’t know her, really, since he was a mere 4 years old when she tragically passed away. However, Ronnie Green does recall the city of Benwood supporting him and his family at the time Debbie Green was taken away by leukemia at the early age of 9.

“I just wanted to do something so everyone else would remember my sister and to help the families of this area who are experiencing the same thing my parents did back then,” he said. “And I’m lucky to have so much help. From my family and friends to others who battle against childhood cancers, we have something of an army every year.”

Green, a postal carrier by day, makes this two-day event a first-class affair with live entertainment, food, free T-shirts and medals for each participant, and a family friendly atmosphere, and he arranges it all in order to raise funds for local families with children suffering from childhood cancers. In the first 19 years, Green has offered thousands of dollars to help offset the many expenses not covered by common insurance.

“There’s so much more,” he said. “I don’t think people realize it until they live it or when they are close to a family that is going through it. Transportation, the time off from work, but what we are able to offer them does help and that makes it all worth it to me.”

His race has attracted attention, too, serving as the national 5K championship for the Road Runners Club of America this year and gaining support from a variety of sponsors, including title sponsor Kalkreuth Roofing.

“There are so many local businesses that support us and have from the very beginning,” Green explained. “And each year we take a hard look at how everything goes, and we make improvements to the areas where we feel they are needed. We just want to make sure everyone enjoys themselves and that we raise the dollars to help the local area in the battle for a child’s life.

“That’s what this is all about,” he continues, “and no one ever loses sight of that.” 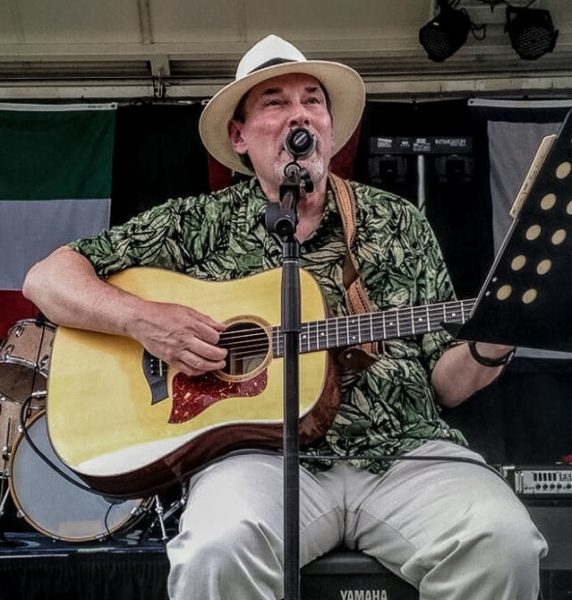 Robert Gaudio donated the tips he received during several recent shows to the flood victims of West Virginia.

A Troubadour and More

During the day Robert Gaudio is an attorney for the Public Defender’s Office in Ohio County, and by night he’s a father of a teenage son and a loving husband. How he finds the time to perform is a mystery to most, but he does, and he’s talented, and Gaudio is also a selfless man with a heart larger than most.

Soon after 44 counties were stricken by destructive and deadly flood waters, Gaudio chose to offer up all of the tips he generated during his performances to those victims. He promoted it, and people showed up in droves and contributed to his efforts to raise some hundreds of dollars for West Virginia VOAD.

And then his hometown of Follansbee got whacked with a flash flood that left a massive amount of debris in areas of the city’s downtown. The area of Brooke County received several inches of rain on July 30, and more than 200 homes, 30 businesses, and at least four churches were damaged.

Gaudio, who promotes everything Wheeling and Ohio County when he has the chance, grabbed his guitar, promoted it by posting, headed to the Wheeling Brewing Company at Centre Market, and strummed his “old-guy tunes” on the way to collecting $200 for the GoFundMe account set up for the victims. He seeks no credit, and he’ll be upset that his name and efforts were even mentioned here, but that’s why they are. 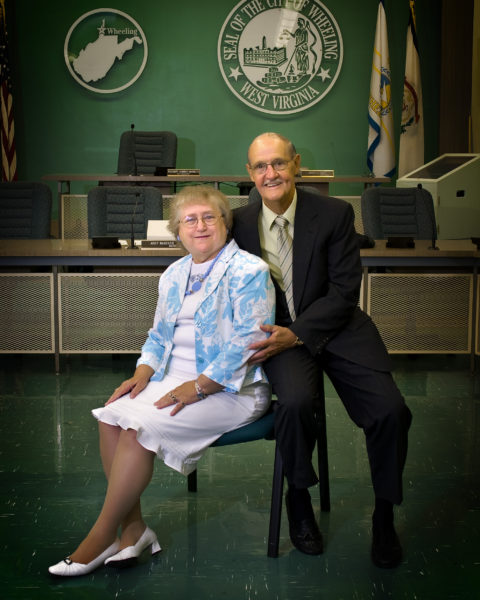 A Sad Day in Wheeling

Just yesterday the people of Wheeling learned that we had lost two brothers who had huge impacts on the folks who live here. Robert “Herk” Henry, a retired Wheeling police officer and a 20-year veteran of City Council, passed suddenly, and so did musical artist B.E. (Bill) Taylor.

Both gentlemen were public servants, approving as many requests as they could to help their community become a better place to live, to work, and to enjoy life. Henry was nearly fully recovered from having hip replacement surgery he had in June, and Taylor was thought to be winning a 10-year war against a brain tumor. No matter what their challenges in life, both men persevered and concentrated on the people they loved most. 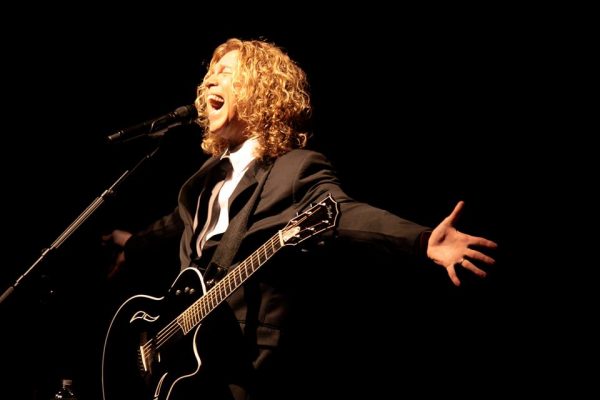 Henry was often fiery when fighting for his constituents in Wheeling’s Ward 3, and Taylor just seemed to love making people smile. Both individuals were, “half-full” kind of people with a better tomorrow always on their minds. Henry knew his presence at a public function allowed the people of Wheeling to know he would fight for them, and Taylor was aware the sound of his voice lifted the soul. Both of them will be sorely missed.

We at Weelunk wish to express our collective condolences to their families and friends.