The public is invited to attend the inaugural West Liberty University 48-Hour Film Festival screening and awards ceremony, to be held this Sunday, Sept. 20 at Marquee Cinemas, located at the Highlands Shopping Complex. 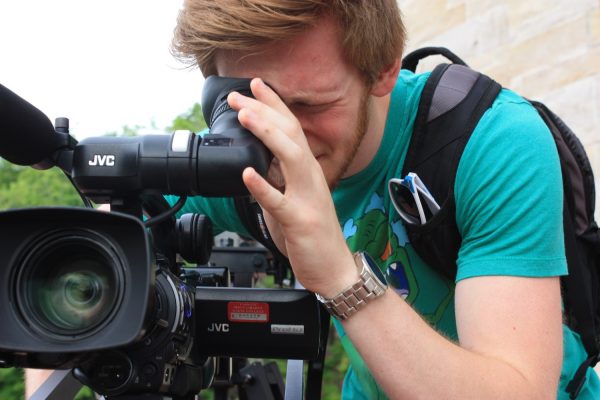 All currently enrolled students from West Liberty University were eligible to participate. Students were required to create a short film in just 48 hours to compete for cash prizes for the top three places. Other prizes will be awarded in a variety of categories. 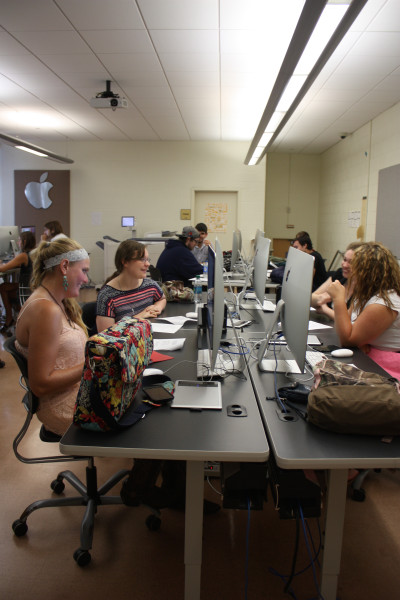 WLU graphic design students are shown working in the design lab at the Media Arts Center.

“The event begins on Friday, Sept. 18 when participants will randomly draw names of genre, character, prop, and line of dialogue that must be used in some way in their film. The participants then have a total of 48 hours to fully write, shoot, and edit a 6-10 minute short film. Participants may work in teams of one to three persons, and are solely responsible for their own cast, crew, equipment, and locations,” explained Jared Thompson, adjunct instructor and senior producer/engineer at WLUTV-14. 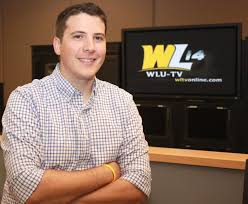 Only 12 teams are permitted to register and final submissions will be received at 7 p.m., Sunday, Sept. 20 at the public screening.

Team participants will be admitted to the event, and family, friends, and spectators will be asked to make a donation to view the screenings. All proceeds will be used for future WLU Film Festival projects.

Contact Jared Thompson at 304-336-5523 or jthompson@westliberty.edu for more information.

Students from the College of Arts and Communication are active in the television and recording studios of WLUTV-14 throughout the year, developing and producing more than 12 television shows weekly, seen on Comcast Channel 14. In addition, WLUTV-14 is streamed live via Flash technologies and the Internet to an unlimited number of viewers.