After 14 years in Nashville, cutting his teeth on Rock, Pop, Country, and everything in between, Joshua Lee decided to hit reset in West Virginia. He brought along a love for a good hook, and a taste for ambience, noise, and fits of fury. Joshua’s songwriting falls somewhere between brooding melancholy of bands like The National, the no-nonsense song-crafting of Ryan Adams, and a healthy overdose of childhood religion. Joshua is backed by his amazing band the Noises, featuring Sean Decker and Ryan Sears (Mr. Fancy Pants) on guitar and bass, Richard Herndon (Brown Bear’s Revival) on guitars & keyboards, and Bobby Vdovjak (Stellar Winds, Left of Pittsburgh) on drums. Lee is currently supporting his most recent release, a six song EP called Promise Land (June 2017).

With interwoven and vaporous guitar melodies, refrains of awakening, and evergreen dance- rock rhythms, Hello June combines cosmic imbroglio with Bakersfield Ballad. The Appalach- indie pop rock group has been compared to artists such as Beach House, Liz Phair, and Jason Molina and called an “indie rock wonder band full of pep and snarl and 80’s nostalgia.” Along with Jason Isbell and The Black Lips, their recent single, “Dance,” was featured on the April edition of NPR’s Heavy Rotation series. 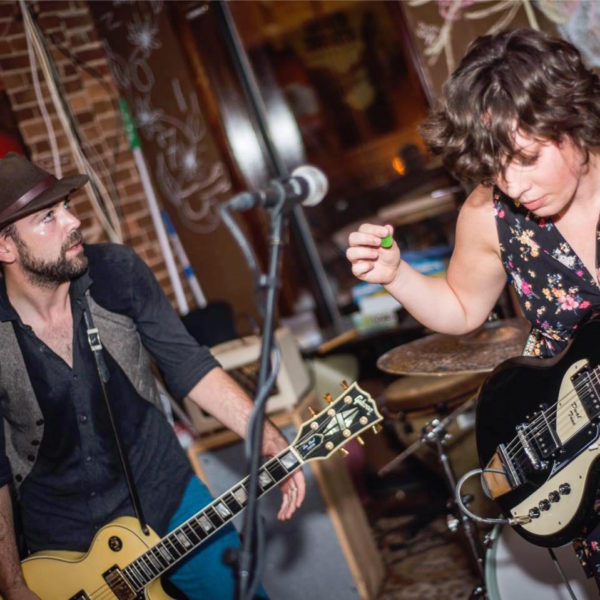 Doors will open at 8pm, the show will start at 9pm, and there will be a $3 cover at the door.

After 14 years of fifteen-passenger vans, tour buses, and side man gigs, Joshua Lee left Nashville with his young family and headed to West Virginia, trading screaming fans for screaming kids. After a difficult transition, Lee nearly left the music life behind entirely, but he began to write again and in doing so found his own musical voice. In his old life, Lee might have sought collaborators to start a band, but having difficulty finding enough like- minded musicians, he focused instead on discovering himself as a solo artist, something he’d never tried before. Playing solo shows in the Ohio Valley area led to a new confidence in his ability as a singer-songwriter and to a new group of musical collaborators. Now, with the help of the collective of independent local artists he helped found (www.batcollective.org), he is sharing his experience, and working to grow a thriving original music scene in small town America.

On his debut EP, Promise Land (June 2017), Joshua wrestles with questions of loss and cautiously reaches for hope rather than despair. Recorded mostly at home, and self- produced along with Trae Gunter (Guitars, Randy Montana, Jacob Thomas Jr.), he finds himself searching for his own sound by mining the territories of folk rock and heartland rock and blending in synths and ambient guitars. Hints of The National supplement more traditional song forms in the spirit of Ryan Adams and Tom Petty.