The Health Plan employees now moving into the insurance company’s new headquarters in downtown Wheeling reside in three different states, and that’s because the compensation is worth it.

The same is very true about Orrick, Williams Lea and Tag, and the banks and law firms and restaurants and fraternal clubs. The same three license plates, from West Virginia, the Buckeye State, and Pennsylvania, are frequently seen at The Highlands, the Ohio Valley and nearby plaza, and at South Hills Village in Bethel Park outside of Pittsburgh.

But, the county commissioner reported most folks have not possessed a “regional” state of mind.

“This is what I can tell you. In the past three years, I have not yet met an elected official or someone who is involved with private development who doesn’t want to work together. Are there some people out there who are against working together? That I don’t know,” Thomas said. “But right now, it sure seems like everyone is finally getting the fact that we do have a regional economy here in the Upper Ohio Valley.

“It’s something that I have been preaching when I’ve had the chance,” he said. “Apparently, it took one really big economic development like the cracker plant to make everyone in this area realize it. Even without that project or without the shale industry all together, we’ve always had West Virginia folks working in East Ohio and Ohio residents working in West Virginia. It’s been there our entire lives.” 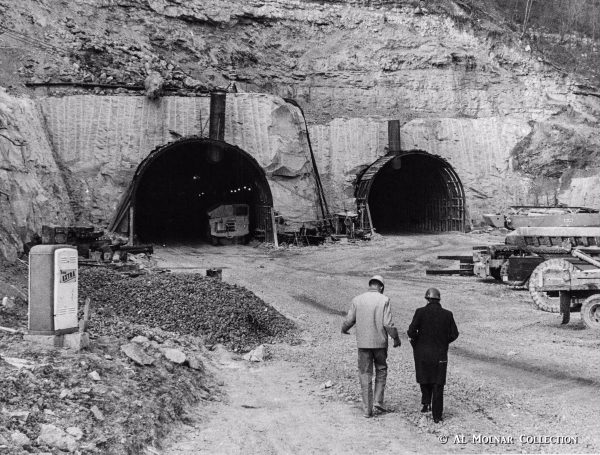 Ever since the completion of the Wheeling Tunnel tubes, Thomas believes, consumers from both sides of the Ohio River have crossed the border frequently. (Photo from the Al Molnar Collection)

Thomas also was pleased when Wheeling Mayor Glenn Elliott created three ad-hoc committees soon after taking office in 2016, one of which pertained to industrial development in the region and the potential impacts on the Friendly City. While the municipality does not feature large swaths of riverfront land for industrial development, Wheeling’s downtown does possess available office space and large buildings available for restoration.

“And I’ve had conversations with Ohio County Commissioner Orphy Klempa, and he and I have been on the same page all of these years,” Thomas reported. “And Commissioner Bob Miller recognizes it, and so do the elected officials in the city of Wheeling. We’ve also viewed it as very simplistic, but for whatever reasons the majority of folks did not realize it until recently.

“The very first sign I witnessed that people were finally catching on was when I was invited to come to downtown Wheeling by the membership of OVConnect to speak about this very topic,” he recalled. “I was elated to be a part of that event a few years ago, and since then there’s been a number of times it’s taken place and that allows me to believe we are all headed in the right direction now.”

Thomas and his commission colleagues, J.P. Dutton and Josh Meyer, have met with officials connected to the proposed underground storage facility in Monroe County, and with private investors who have purchased properties in Jefferson County once connected to the steel industry.

“Seeing those cooperative efforts get started is definitely one of the highlights of 2017 for me,” Thomas said. “And I expect it to be one of the highlights of 2018, too, with public and private entities coming together to make important things take place in this region. It’s something that’s never happened while I’ve been in office or even just paying attention from the sidelines. It’s never happened. 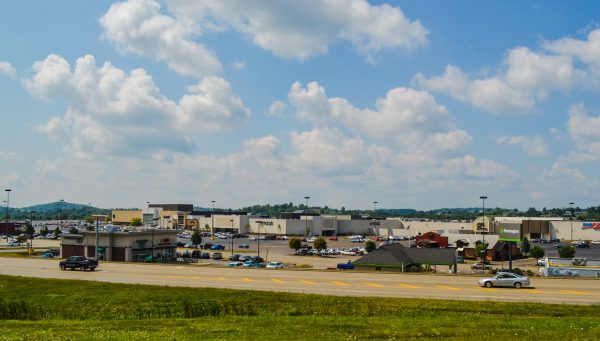 For nearly 40 years the Ohio Valley Mall in Belmont County has drawn consumers from a six-county area.

“Every entity is going to continue developing their cities or counties because that’s what we’re elected to do, but if there’s a chance to help another entity in whatever ways, I have the mindset that we should do that because it’s going to help everyone in the valley anyway,” he said. “Another example is the underground storage facility that’s been proposed for northern Monroe County and the fact that we are helping them with the permit process because that development would be huge for the people of Belmont County, too.”

Would be. Could be.

Despite the positive economic impacts produced by the arrival of the gas and oil industries nearly a decade ago, Thomas still hears negativity from local residents.

“And, in my opinion, we have to stay positive. That’s very important,” Thomas insisted. “And we have to stay positive in spite of the obstacles that will always be there. For example, I know people are growing impatient about the cracker decision by the officials of PTT Global. That impatience is allowing some people to adopt that old attitude that nothing good ever happens here.

“Have we been disappointed in the past? Yes, we have been. Is that a reason to be negative about the cracker proposal? I personally don’t think so,” he continued. “I really don’t know if we will be offered a final decision by the end of the year, but one way or another I can tell you that the Belmont County Commission is prepared to move forward with the plant, or without it. That’s because we’ll either have a very good economy in the next 10 years without it, or it’s going to be an outstanding economy here in 10 years with it.” 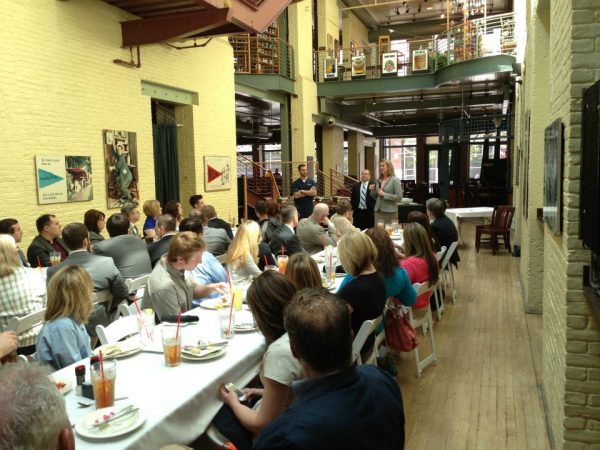 The first time Belmont County Commissioner Mark Thomas was invited to speak about economic development on the Wheeling side of the Ohio River, it was for an OVConnect luncheon two years ago.

Representatives of JobsOhio, the private economic development arm of state government created in 2011 by Gov. John Kasich, has consistently communicated with top officials of PTT Global-America, so that means Thomas is awaiting the final decision just like everyone else within the tri-state region. One cracker is already in development in Beaver County, Pa., and other such developments have been proposed in the Parkersburg and Charleston areas, too.

“If, for whatever reasons, PTT’s answer is no, then I can tell you we will move on to the next company because something else will come there. I am very confident about that,” Thomas said. “And regardless of that, we still have a lot of positive things taking place in this region right now. I really believe something pretty awesome is going to happen in this area in the next few years.

“It’s been three years since we were informed that PTT had selected the Dilles Bottom site as the one they would investigate, and since then the company has spent more than $100 million examining it, and they purchased the First Energy property for $114 million,” he said. “I think we need to remind ourselves that what is under consideration here is a $6 billion investment. It’s a big decision so I am not surprised the company’s officials are taking their time with making that decision. It’s easy for us to be impatient about the final decision, but, in the end, it’s not our money.”