That’s how he views his career, and on Thursday, Joe Zelek will reach another after taking some time off, a few years anyway, from pushing performances so he could work on his music.

In his head. That’s how it works for him. Cycles of an artist; stages of the human life; a fresh plateau perspective from higher ground is how Zelek sees the life of an active creator like himself. People take sabbaticals, and he took one; he hung out with his wife, Dawn, and their 12-year-old daughter, Ava; he and his band played nothing new, oh, and that one song; he played solo gigs, too, because sometimes it has to be just he and his guitar.

He was writing, too, but without sharing until he introduced his new stuff to the members of the Joe Zelek Band several months ago. There’s a 10-song record coming soon, and when this Mount Pleasant resident takes the Jambo stage he’s ready to, well, get nude during the most authentic portrayal he can offer the crowd during a 40-minute set. 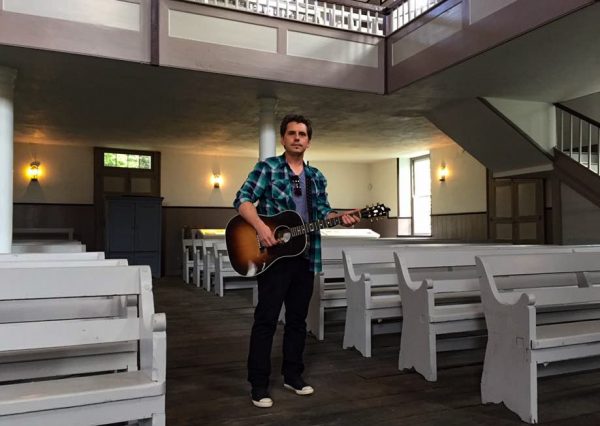 “There is always that moment when you feel naked out there because it’s you out there; it’s you, your band, and it’s your songs,” Zelek admitted. “And the only part of the equation that remains is the people out there in the crowd. The interesting thing is this is the 11th year on the Main Stage, and that hasn’t worn off yet, but I am anticipating it more this year than I have in the past.

“I think this year I as a songwriter and we as a band will be more authentic than we ever have been. We’re doing a 100-percent original set, and I feel as if we’ve earned our place there. I’m thankful to be asked to be there and to be on television around the Valley this year, plus, I’m thankful that I get to introduce the next step as far as what we’re doing as a band. As you get a little older, I believe we gain more of an appreciation for some things, and playing on that stage is certainly one of those things.” 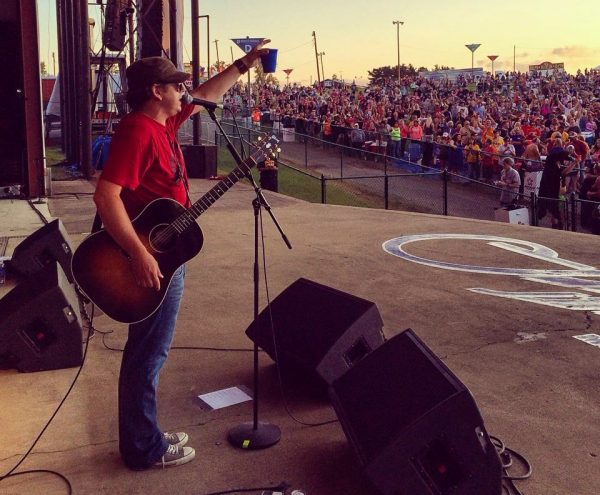 Performing at Jamboree in the Hills is something Zelek will never take for granted.

Jamboree in the Hills was founded in 1977 at a different location from where it is staged these days, but the event has since represented Belmont County’s busiest week of the year as far as sales tax collection and criminal activity. The stretch of U.S. 40 that passes the JITH site near Morristown is quite quiet except, of course, at this time of year when as many as 40,000 country music fans converge on the community.

People are everywhere; at Riesbeck’s and at Kroger and Walmart; at Houston Chickens outside the venue or The Lube inside the grounds;

It is JITH, and Jambo, and still the unofficial Super Bowl of County Music, and what it is NOT is “Jambo Country.” Live Nation, owner of the venue and the rights to the Jamboree festival, announced in December the event would change this year to rules more familiar with patrons of First Niagra Pavillion. No coolers or food, in other words. 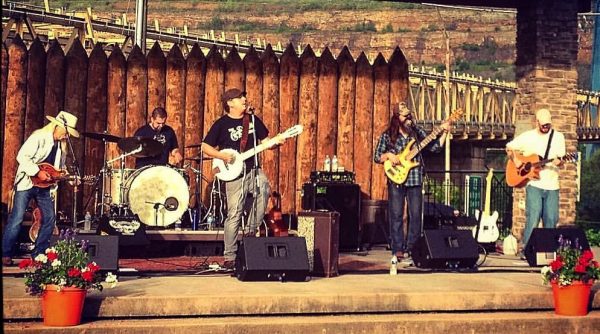 The Joe Zelek Band recently performed in the Steubenville area.

JITH fans immediately reacted, and the decision was reversed, but the scenario changed some things for Zelek heading into his opening performance. THAT song, “Jamboree in the Hills,” is on his set list for sure, but he may also have something to say.

“Every song leading up to it will be original, and then we’ll play the Jambo song, and that’s a song that came from an observational standpoint. I may not have been at the festival every day of every year, but I have certainly been there enough to know it, and it has a big impact on my life,” he said. “That’s why I decided to take a modern-day snapshot of Jamboree in the Hills. I wanted it to be something that picked up where Mayf Nutter left off. It was never intended to replace any song or anyone, but instead a song about what the festival has become since he released his single.” 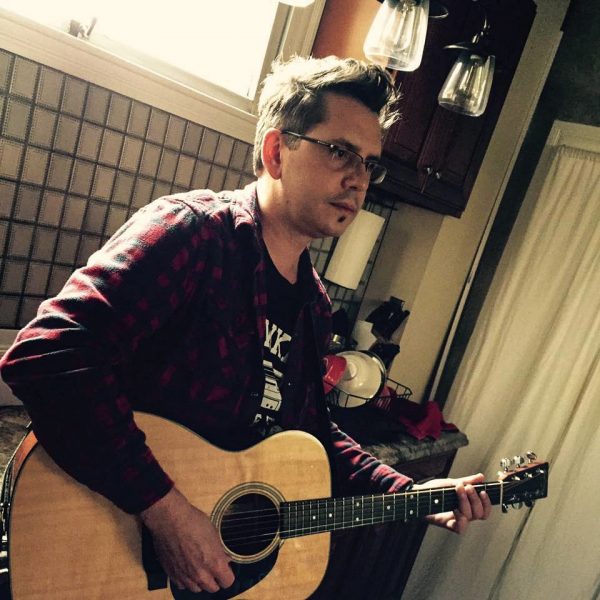 Zelek has been writing a lot of new songs during the last few years and now feels his music is ready to reach for the next level.

He’ll be married 15 years come Aug. 10, he’s a 42-year-old who refuses to feel old, and is working as a full-time pharmacist in the Zelek family business in Dillonvale. The Dillonvale Pharmacy, in fact.

He won’t be at work on Thursday, though.

“I’m just trying to relax, and I’m trying to realize that it’s just a set. We’ll be up there for about 40 minutes, so it’s just a set,” Zelek explained. “But I tend to obsess about that because it’s very important to me to do something within that time frame that’s creative and original, and I want to be sure that it showcases where we are right now.

“To be able to do that in 40 minutes makes me think about that a lot. I just keep running through in my mind and picturing it all, and at the same time I try to chill out about it,” he said with a broad smile. “There was a time when it made me very nervous, but I don’t think that’s how I feel anymore. I would call it anxious. I’m not dreading it, but I sure do want to hit that stage as soon as I can.”

Zelek will have with him on stage Joe Cataneo on lead guitar and Scott Harkness on bass; Alex Peck will be on drums, Gar Misra will be on keyboard, and Carl Besce is the band’s utility player of several instruments. 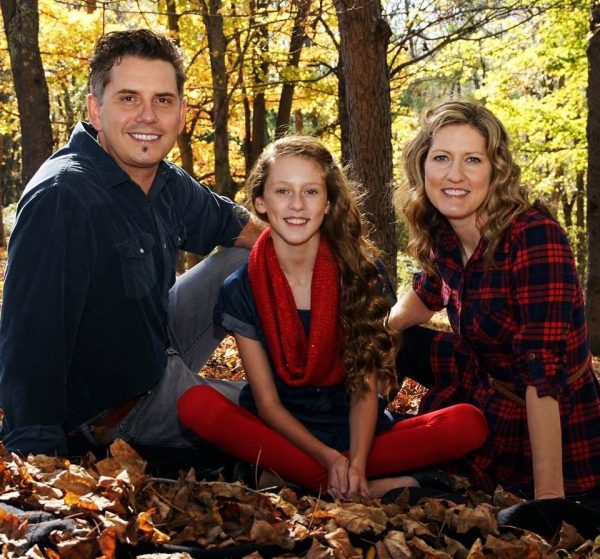 “It’s definitely been a part of my life because I live 20 minutes from the site, but there are two sides of it. There’s definitely the music side, but there’s also that massive party, and I appreciate both of those things, but over the years I’ve been more drawn into the music side of it,” he explained. “I’ve had so many good times at Jamboree in the Hills, but I’ve not gone every year because, well, because of life.”

Zelek’s career blossomed in the 1990s, when he was the drummer for The Gathering Field, and since he’s remained addicted to his music and achieved a prominent solo status. This year’s first-day performance is Zelek’s 11th of his career, and again, he’s only 42 years old.

None of that matters, the Buckeye Local grad will admit, in the moments right before he runs out on the JITH stage. He doesn’t have a pre-show ritual other than sipping on a “super-hoppy beer when I can,” but there is one thing that’s remained a constant at Jamboree in the Hills.

“Every time we’ve played there, it’s been a different experience. One year we played through an epic thunderstorm, and then another year we played in front of the biggest crowd I have ever seen in front of me,” he explained. “So, when I walk out there Thursday, I’ll be wondering what it’s going to be like because it’s always been different. It’s an unknown, and it’s unpredictable, and that’s what it’s all about. It’s why you do it.

“The only way I can explain it is that it’s exciting to see all of those folks, but it’s also very humbling. That’s always been the way I have felt about it,” Zelek said. “I know every time I’ve come out on stage full of adrenaline, and then I feel something like a calm because of the appreciation I have to have the opportunity to be on that stage. You feel it, being on that stage.”