A very young woman walked along the wealthy avenues of New York City in 1901 with troubling things on her mind like child health, nutrition and literacy among immigrants, improving working conditions for women, and social reform.

Mary Harriman, the founder of The Junior League, was a woman ahead of her time, a New York debutante who at the young age of 19 had more than social teas and dances on her mind. The daughter of Union Pacific Railroad titan and financier E. H. Harriman, she used her life of privilege as a platform for social reform. 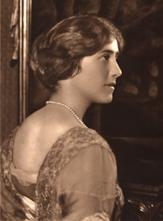 With the debutante system already in place, Mary recognized a self-perpetuating supply of volunteers who “with organized and combined effort” could “put to good use the opportunities afforded them by the advantages of time and means.” Mary mobilized a group of 80 other young women to act upon her desires to help her community, hence the name “The Junior League.”

“I had grown up considerably during the past year and had come to the conclusion that I would not spend another year just doing the social rounds . . . I began to work in The Junior League.” -Eleanor Roosevelt

In Wheeling, the Service League was formed in 1931 by 69 young women led by Jane Linde. Some of their projects were Junior Welfare, The Hospital Red Cross, The Charity Ball and the Oglebay Horse Show.

By 1940, 75 years ago, The Service League had become a member of the Association of Junior Leagues of America under the leadership of Harriet McClure. The Junior League of Wheeling was born. The young, fledgling League took on projects such as the Thrift Shop at 2137 Market Street, investigation of local juvenile delinquency problems, the formation of Council of Social Agencies and Remedial Speech Clinic, and the Follies for Fundraising.

Today The Junior League of Wheeling is strong and proud of her heritage. You may recall some of the League’s projects from those early days through the present, such as: “Bismarck T. Bear” weekly TV show on WTRF-TV; “This Week in Wheeling” which is now “Roundabout”; helping to finance the opening of “The Junction” coffeehouse; “Call For Action” with WWVA; Children’s Lollipop Concerts; sponsoring the Golden Mountaineer Card; Keep A Child In School project; Hallmark Kaleidoscope; High School Voluntarism Awards; “Don’t Wait to Vaccinate”; helping Battered Women with the YWCA Abuse Shelter; “All Women Build” for Habitat for Humanity; founding Harmony House; Ohio Valley Kids’ Fair; Janie S. Altmeyer Heritage Port Playground; Kids in the Kitchen; Back to School Kids’ Fair; and many more.

Perhaps you have one of The Junior League of Wheeling cookbooks in your kitchen or you have eaten a delicious dish prepared from one of these cookbooks: Soup to Nuts, Treat Yourself to the Best, The Best of Wheeling, and Wild! Wonderful! A Cookbook with Flair.

Today The Junior League of Wheeling, Inc. is a driving force in the community, respected and known for its commitment and service. A dynamic, non-profit organization, the JLW is comprised of young women dedicated to promoting voluntarism, improving the community, and developing the potential of women. Its purpose is exclusively educational and charitable.

The Junior League of Wheeling is affiliated with the Association of Junior Leagues International Inc., an organization consisting of 293 Junior Leagues throughout the United States, Canada, Mexico and Great Britain, with a collective membership of more than 155,000 women.

General meetings are held once a month at Vance Memorial Presbyterian Church Education Building. The next meeting is Wednesday, March 11, at 6:30 pm. Kelly Bettem of St. Clairsville is the current president. For more information and to learn how to join, go to www.jlwheeling.org. 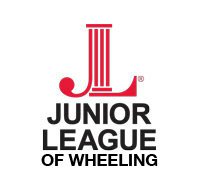