There is one year remaining in Andy McKenzie’s tenure as mayor of Wheeling, and all six ward positions will come available as well when the Friendly City stages its municipal elections in May 2016.

At this time local voters know a few facts about this particular Election Day: 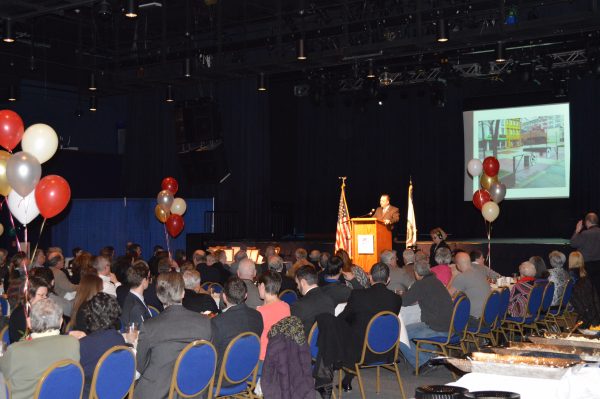 Hundreds have attended the annual State of the City Address since Mayor McKenzie started the tradition seven years ago.

Progress has been realized during McKenzie’s watch thanks to tough decisions and a proactive approach. He and his council have accomplished the following: expanded the use of Home Rule; reined in owners of vacant buildings; right-sized city government; initiated the construction of a long overdue water treatment plant; orchestrated the construction of the J.B. Chambers Recreation Park in East Wheeling that erased the most blighted two-block area in the municipality; and addressed capital improvements inside and outside of Wesbanco Arena.

But that does not mean issues do not exist today. For example: 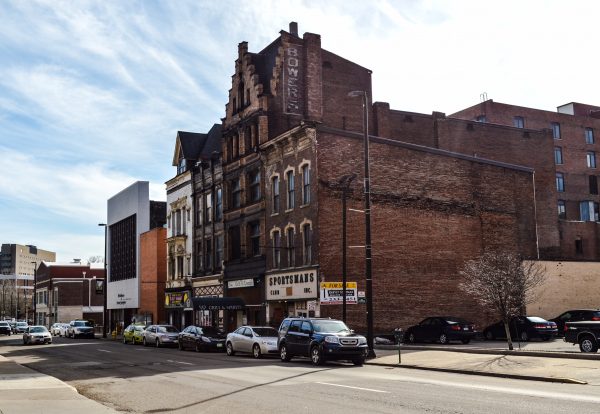 This stretch of Market Street in downtown Wheeling is in danger of demolition. 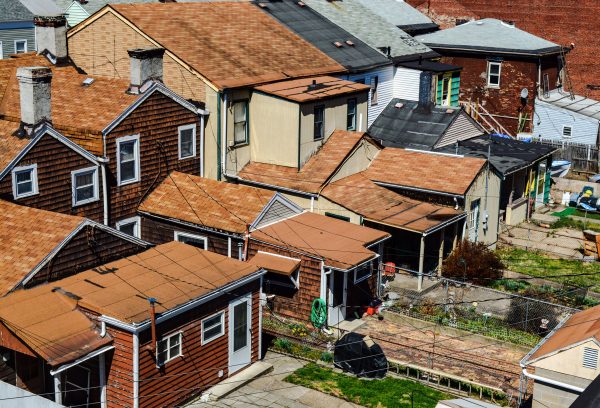 South Wheeling is a proud neighborhood where residents live close to one another. 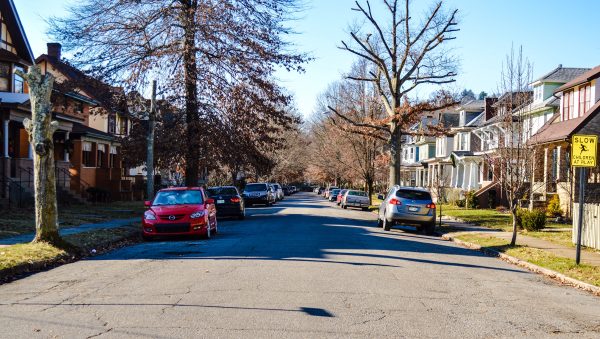 Woodsdale is a desired neighborhood, but many of the houses are much larger than what many home buyers are purchasing these days. 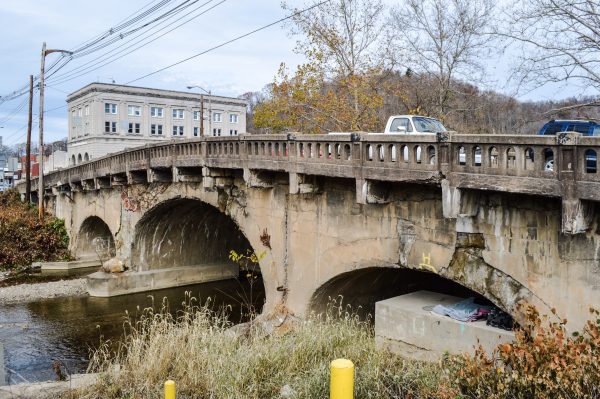 The Monument Place Bridge in Elm Grove is in dire need of attention. 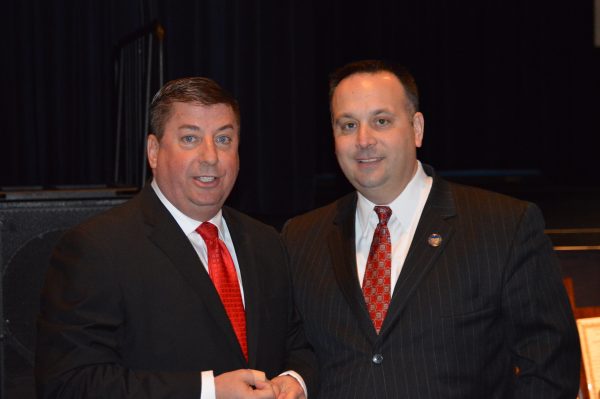 Mayor Andy McKenzie, on right with Council member Gene Fahey, is beginning his eighth and final year in the position.

Many organizations are staring straight at Wheeling right now because of the forward movement that has transpired during the past 10 years. Those groups are wondering how members of all generations have worked together to provoke entrepreneurialism and to retain and attract more young people.

Those residents currently contemplating a campaign for a council position or for mayor need to recognize that the job requires much more than attending a pair of regular meetings per month. Each council representative also is appointed by the mayor to two committees that meet as necessary, and they are also expected to attend as many functions as possible connected to the present and future of the Friendly City.

The times for the regular meetings also may create challenges for some as council convenes at noon the first Tuesday of each month and at 5:30 p.m. on the third Tuesday. The committee meetings often are scheduled during the lunch hour, as well.

And there’s one more aspect for all interested parties to realize and consider – the compensation for serving on council amounts to $250 after taxes every two weeks, and the mayor’s net pay equals $300 per check or $4,000 annually.

“It’s not about the money; trust me,” said Atkinson. “But it is about Wheeling and what will happen in the future. If there are folks out there who want to do something about the future, they should consider running.” 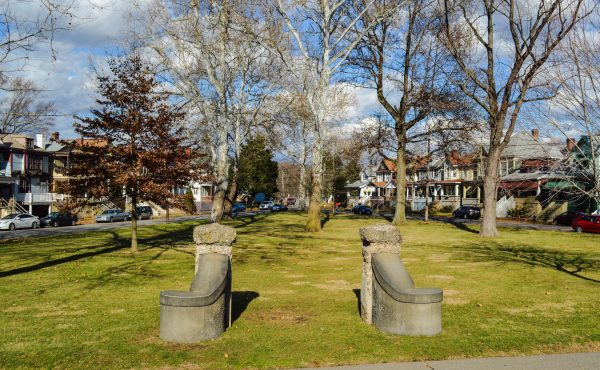 This park on the north end of Wheeling Island is surrounded by residential properties.