Aloha, Weelunk! It’s time for beer talk again, and this time we are “hanging ten” and introducing Wheeling to a few brews from Kona Brewing Company in Hawaii.

This February, Kona Brewing Company, from Kailua-Kona on the Big Island, completed its distribution into all 50 states by venturing into West Virginia along with a few other states. Currently, Kona has launched its two flagship brands, Longboard Island Lager and Big Wave Golden Ale, to the mountain state, with more to come in the future.

Kona Brewing Co. was started by a father-son combo, Cameron and Spoon Kalsa, in 1994. Big Wave Golden Ale was the first brew it introduced to Hawaii. It did not hit the Mainland until August of 2012. Big Wave is a light-bodied session ale with a deep golden color, tropical hop aroma and flavor, with a bright quenching finish. Because it is light, balanced, and easy going, Big Wave is an excellent choice with poultry, seafood, and salads. 21 IBU/4.4% ABV/Citra and Galaxy Hops. 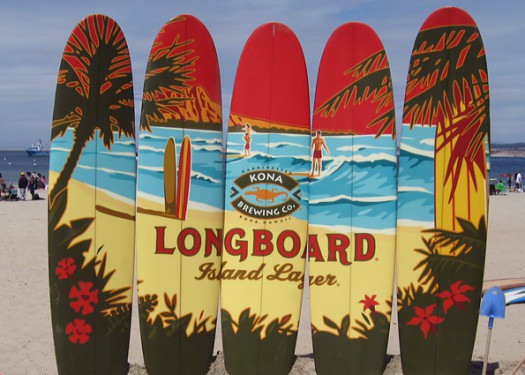 Longboard Island Lager is Kona’s No. 1 flagship beer that is a crisp and moderately hopped pale lager with an exceptionally smooth flavor. It is fermented and cold-conditioned for weeks yielding the ultimate drinkability. It typically pairs well with lighter fare, but it has enough body to stand up to heartier foods as well. Try one with herbed chicken or Greek pizza. E ‘ai kaua! 20 IBU/4.6% ABV/Mt Hoops, Hallertau, Sterling, and Millenium Hops

We love Big Wave and Longboard for many reasons besides the enjoyable liquid and superb drinkability. We also love them because they take us to a place we long to be — the beach. Every Kona Brewing brand is named after a Hawaiian location or pastime, and each bottle label portrays an enviable scene from the Big Island. We love them because they teach us the language; each bottle cap shares a Hawaiian word and the meaning behind it. And ultimately we love them because the laid-back essence and chill attitude behind the beer wears off on you. We literally want to put on flip flops and listen to Bobby McFerrin’s “Don’t Worry, Be Happy.” 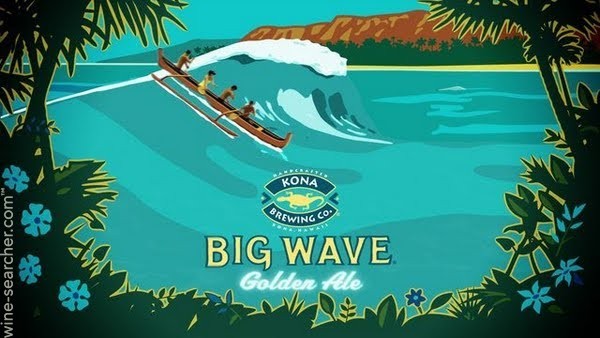 Locally, you can enjoy a Longboard draft at Pickles, Wild Wild West, Market Vines, and at Wheeling Jesuit’s Rathskeller. Longboard and Big Wave are available in a bottle at the Alpha and the Warsaw in Moundsville. Pick up a six-pack at Krogers in Wheeling, Convenient and Marathon on Washington Avenue, Sheetz, Riesbeck’s, Smoker Friendly’s, and Gumby’s and the Elm Terrace Deli in Elm Grove.

Editor’s Note: Weelunk is pleased to announce a partnership with Carenbauer Distributing. As you already know from this article, Carenbauer’s is a great Wheeling company and has stepped up to support Weelunk’s mission of making Wheeling and the Valley an even better place to live. In exchange, we will be periodically highlighting some beers and brewers that our readers may be interested in. As such, this is a paid piece, and now you know.