A Future: Live As If There Were One

[Note: This fall, an Honors College writing course at West Liberty University, taught by Dr. Steve Criniti, adopted the City of Wheeling as the course focus.  The course, entitled “Writing Wheeling,” included a series of projects designed to explore Wheeling’s past, present, and future.  This article was originally created as an assignment for the course.]

Albert Einstein once said, “Life is a preparation for the future; and the best preparation for the future is to live as if there were none.” Wheeling, in its lack of foresight and adaptation to economic change, is proof that Einstein’s profound words are maybe not so true.  Wheeling’s pitfall has been living in the moment and not acknowledging the possibilities of the future.  Wheeling is handed something profitable and basks in that glory too long, and soon enough, America has moved on and Wheeling isn’t moving with it.

History has proven that Wheeling continues to rely on its present successes and doesn’t adequately prepare for the future, as demonstrated in the Ohio River travel in the 1800s and the iron industry in the late 1800s to early 1900s.  Over the past five years, economic rates in Wheeling have been increasing, mainly due to the natural resources and mining industry. As many grasp on to the hope that Wheeling will continue to prosper in years to come, they must not be naïve to the fact that change may be near.  In the past, hope that present economic prosperity would stay blinded Wheeling to future realities, and that hope attained now could deter Wheeling from continuous economic growth.  Although Wheeling should be proud of the economic improvement in the past five years, the city also needs to be ready to move on and adapt to the changes that are bound to hit America in order to prevent repeating history once again. 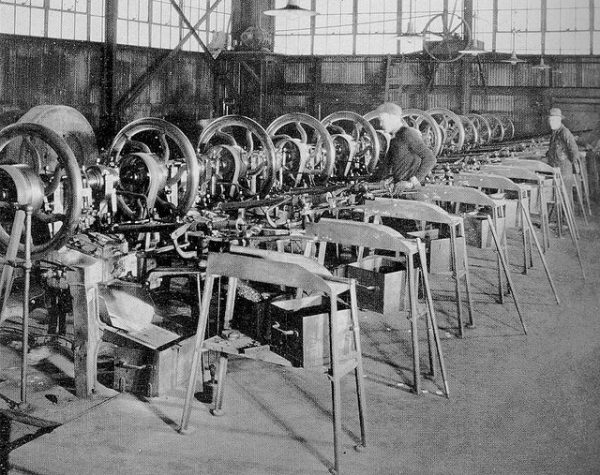 LaBelle Nail Works in Wheeling in the 1920s

In the early 1800s, Wheeling was a popular river town, as trade was common along the Ohio River.  According to George Fetherling’s Wheeling: A Brief History, the river was the “lifeblood of the community,” as it was a “port of entry for customs purposes.”  This brought many visitors and businesses to Wheeling, making it a prosperous town for many years.  However, the river town was naïve to believe that this source of income would last forever as America shifted its ways of transportation to railroads and, eventually, to major highways.  Although these highways represented an advancement, they also meant that people no longer traveled through the heart of Wheeling, causing a decline in revenue for local businesses.  Prosperity hit a wall, and economic decline began in Wheeling.  Later in 1884, hope was regained with the boom of the iron industry.  In an effort to regain economic prosperity, Wheeling refocused its economic efforts to the production of nails, becoming known as “Nail City.”  The title went to Wheeling’s head as industry leaders basked in their glory a little too long, continuing to rely on the iron industry even after it was clear that America was moving on to steel.  By the time Nail City decided to move along too, they were already too far behind as demand was decreasing and laborers were leaving, once again puncturing the economy.  A constant trend, the city finds economic prosperity through a certain industry, that industry dwindles, and Wheeling falls into economic decline.  Hope is lost then hope is found, and the cycle repeats.

Presently, Wheeling is relishing in economic gains.  According to the “Wheeling Metropolitan Statistical Area Outlook 2015” (produced by the Bureau of Business & Economic Research at WVU), the unemployment rate has decreased from 9.6% to 6.3%, the labor force has “expanded by more than 1,000 individuals since the beginning of 2012,” and income levels have increased at a 4.2% rate each year, reaching $38,600 in 2013.  Because of continuous growth over the past five years, people are hopeful and forecasting more growth in the future.  The natural resources and mining sector has largely impacted the advancing statistics, but it has been ignored that the industry is an unreliable and constantly changing industry.  The flourishing economic trends may be blinding Wheeling and, once again, preventing them from preparing for the future.

Unless Wheeling looks to other business sectors that cooperate with American demands and becomes a source for economic growth, the city will backtrack on recent progress.  Although the natural gas industry has supplied much prosperity in the last five years, the energy sector is not a reliable source for economic growth.  Energy has large price fluctuations, which lends itself to a boom and bust economy.  Therefore, predictions for continued economic growth may not be accurate because the possibility that the oil and natural gas industry could bust was not considered.

The insight that demand for energy is ever changing was first seen with coal.  It provided many jobs in Wheeling, until America realized how bad it was for the environment.  Once the Environmental Protection Agency realized that coal didn’t comply with carbon emission limits, coal mines across the country were shut down, including ones in Wheeling.  In April of 2015 alone, 155 Upper Ohio Valley mine workers lost their jobs due to the changes in the EPA.  In fact, under the Environmental Protection Agency’s Clean Power Plan, several coal plants were shut down, including The Ohio County Coal Co, The Harrison County Coal Co, and The Marshall County Coal Co. 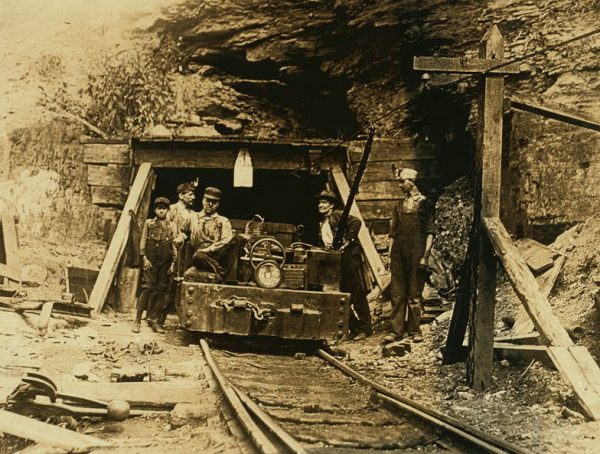 As the world moves away from coal as an energy source, Wheeling has had to shift towards other sources of energy, like oil and gas, which has benefited them in the past five years.  Showing unprecedented foresight in this shift, Wheeling must not stop here.  They must continue to adapt to the changes of the economy, constantly transforming themselves in order to experience prolonged economic prosperity.  If Wheeling is naive enough to believe that the oil and gas industry will subsidize all economic issues in the future, then it is in danger of economic turmoil.

To prevent economic downfall, Wheeling must not rely on the oil and natural gas industry to sustain a growing economy.  With coal so susceptible to change, what makes the city think that these new energy resources are not?  Eventually, America will find new and more expensive sources of energy that are better for the environment, but right now the oil and natural gas industry is already changing.  For example, the price of crude oil has already fallen substantially.  In the past year, it has fallen from around $100.00/barrel to less than $50.00/barrel.  Also, the price of natural gas has decreased recently from $16/MMBtu to $9.00/MMBtu in just two years.  The current prices of both natural gas and crude oil could adversely impact the current jobs that resulted in economic growth in Wheeling.  It could be unprofitable to drill them, thus affecting the profitability of the industry.  Therefore, there is a high possibility that jobs within this industry will be lost or income levels will decrease.  This, in turn, could affect the Wheeling economy as a whole since most of the economic fortuity was due to this energy industry.  An increase in unemployment and a decrease in per capita income could be seen in Wheeling as a result.  Further, if the EPA had a negative impact on the mining industry from an economic standpoint, one can surmise that the EPA will continue to insert itself into any industry in which it believes there to be an environmental impact.  As Wheeling has shifted to the oil and gas industry, the city should be prepared for similar actions by the EPA, and therefore be prepared for a downward trend in this industry.  Wheeling should adequately forecast these events and be prepared to seek out alternative sources of income. 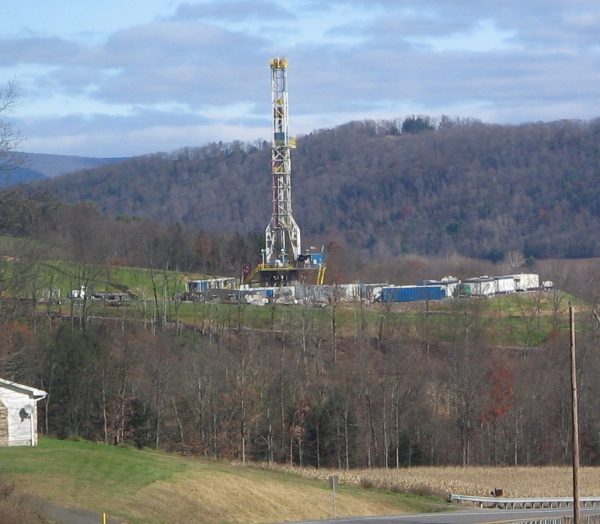 Other sources of income could possibly be found in areas such as education, hospitality, health services, and tourism.  Wheeling has experienced decline in the manufacturing industry specifically, so perhaps now is the time to take a critical look at the sectors in decline, perform a root cause analysis, and then determine where best to place efforts going forward in order to boost these sectors in anticipation of a decline in the oil and natural gas industry.  Imagine the future of Wheeling if the city and its leaders perform careful planning and consideration in a proactive manner.  The possibilities might very well be endless and could be quite surprising.  Wheeling could likely be able to hop off of the economic roller coaster it has been on for years and enjoy a longer period of economic stability.  Without a cohesive effort by the city, an exciting future of economic growth cannot be expected; rather a dreary future will descend upon the residents of Wheeling.

Living in the moment has been to the detriment of continuous economic expansion in Wheeling, a constant pattern seen in history.  Since the coal industry is in free fall and the natural resources and oil industry are also prone to decline, history is likely to be repeated.  Wheeling will find itself in the same situation, placing reliance on its current prosperity and will miss the opportunity to embrace change and evolve into the future.  Wheeling must not be blinded by its current wealth and glory and must embrace change, continuously transforming itself in order to stay relevant.  Otherwise, it will continue to repeat the vicious cycle of prosperity, stagnation, and decline.  It must be a forward-thinking city that doesn’t wait for the next cycle to hit; rather it needs to be proactive in determining who it wants to be in order to become a strong economic force.