That’s the daily budget I spent the past two days so I could eat.

To prove a point.

Three dollars and 87 cents is the average amount of money available daily to those on SNAP, the Supplemental Nutrition Assistance Program, and federal lawmakers are considering a decrease in funding to the former food stamp system. Nearly 43 million Americans and more than 350,000 West Virginia residents benefit from the domestic hunger safety net that partners with states and feeds eligible, low-income individuals and families.

President Donald Trump’s proposed budget was released in May and includes a 25 percent cut to SNAP funding over the next 10 years although 75 percent of those registered for the assistance are children, the elderly, or citizens with a disability, according to the U.S. Department of Agriculture. The W.Va. Center on Budget and Policy recently reported that, in the Mountain State, 64 percent of SNAP benefits are distributed to families with children. 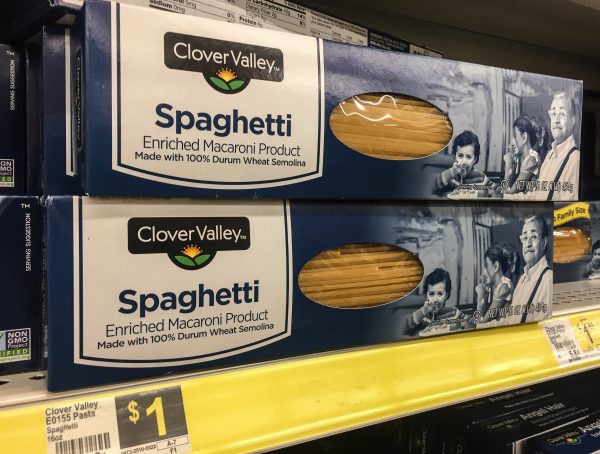 Name-brand buying is not something a SNAP recipient can do when limited to about $580 per month to feed a family of four.

“Right now, there are 81,000 working people in the state of West Virginia who are receiving SNAP benefits because they do not make enough at their jobs,” said Amy Jo Hutchinson, an organizer for Our Children, Our Future. “The state’s Center on the Budget and Policies has been putting a lot of great information out there that hopefully people are paying attention to because it will help them realize the need in our state.

“Everyone knows that we have an obesity problem in West Virginia, and income and what they can buy to eat are directly connected,” she said. “When you don’t have a lot of money to feed the family on, you usually choose something like Hamburger Helper because of how cheap it is. But it’s also not the healthiest thing to eat, but it fills them up.”

The GOP membership of the U.S. House Committee on the Budget has proposed a 20 percent cut for SNAP, and the only local lawmaker on the congressional panel is Rep. Bill Johnson, a Republican that represents Ohio’s sixth congressional district. Johnson, who served in the Air Force for 26 years, represents residents in 13 counties, including Belmont, Jefferson, and Monroe along the banks of the Ohio Rover.

So, I accepted what is referred to as the “SNAP Challenge” when my friend Amy Jo Hutchinson asked me about it. She told me about the $3.87, and surviving on that amount of money didn’t add up to me for the first few days.

“The reason I’ve asked people to get involved with this is because of the proposed budget cuts including cutting he SNAP benefits, and that would be a very bad thing in the state of West Virginia,” Hutchinson explained. “So, getting different people to do this challenge puts a face to it, and that might help people realize how little the benefit is right now. 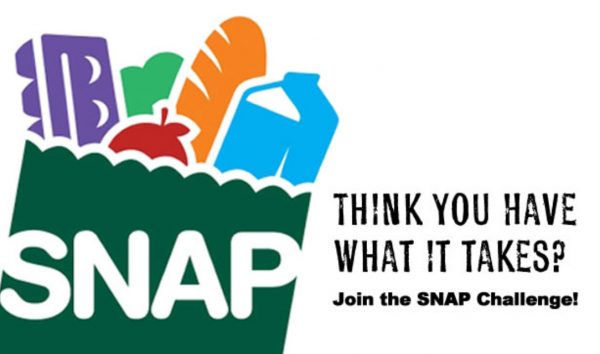 All it takes is to eat AND drink only $3.87 of food and beverages per day for as long as you choose to do the SNAP Challenge.

“Another issue is that if they cut the SNAP benefits, the need at the shelters and soup kitchens is going to grow even greater than it already is,” she continued. “We are blessed with organizations like those and with the churches that have the food pantries, but how long will they be able to sustain themselves if the need grows even more? I don’t think the members of Congress are considering the impact of what they have been discussing.”

Hutchinson has lived life in poverty as a child and as a single mother with two daughters, and she is far from alone in this region of the state.

“Here in Ohio County alone there are as many as 2,300 kids whose families receive SNAP benefits, and those families have to manage feeding a family of four on a little more than $500 per month,” Hutchinson reported. “It means that the family is not going to eat very healthy because of what they have to buy in order to feed everyone.

“People should think about the economic impact, too, because every SNAP dollar spent generates $1.87 in economic stimulation, so if they cut the SNAP benefits, it’s going to hurt more than those families,” she said. “Then you have to think about the employees at the stores, too, because if less is being bought, people are going to lose their jobs.”

According to Hutchinson, more than 75 percent of those who currently receive SNAP assistance include the working poor, families with children, the elderly, and the disabled. There is a stigma, too, because the debit cards issued by the government are not used the same way as credit and bank-issued debit cards.

“I lived in poverty since I was young, and I am a single mother with two daughters and after suffering an injury to my back, I had to quit a job because I couldn’t do it anymore. My only option was SNAP,” Hutchinson explained. “It’s only recently that I’ve been able to get off of SNAP. 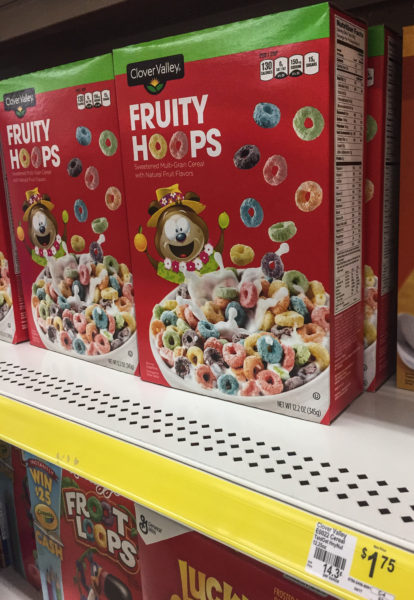 As many companies have discovered, working around brand names is not as difficult as one may believe.

“Being poor is not something to be ashamed of these days because we’re not being paid the wages that we deserve, in my opinion. That’s why so many people can’t work and pay for everything involved without SNAP,” she said. “I love when I hear people say, ‘Pull yourself up by your boot straps,’ because what they don’t realize is that there’s a lot of people who can’t even afford a pair of boots. Even though there is a stigma in society concerning SNAP and public assistance, but I got on SNAP anyway because I needed to feed my kids.”

The first day of the challenge was just that for me, and not being able to afford a late-evening snack was troubling because I’ve never gone to sleep hungry in my life. I did that night, though.

The second day initially was worrisome because I did not feel focused on my job because I was concentrating more on making it to my next meal. A few people decided to surprise me with free food during the afternoon hours of Day 2, however, but that left me wondering if those on SNAP frequently are shown the same compassion.

“When you told me that people were giving you food, it was something I didn’t consider because nearly no one on SNAP receives help like that unless they go to one of the shelters for a free meal,” Hutchinson said. “And people are offering ideas to others that are doing the SNAP Challenge this week, and that’s something that surprised me, too. I guess I didn’t consider how someone’s social circle would play into this.

“People also shared their personal stories on social media, and that’s been amazing because, so often, it’s really embarrassing to let other people know that you are on public assistance,” she added. “A lot of people have paid a lot of attention, and I believe that’s opened a lot of eyes. I just hope our federal lawmakers have it or have been told about it so they can realize cutting SNAP is a really bad idea.”