Male, female; Democrat, Republican; single, married with children; one in his early 30s, the other in her 40s; and one is an attorney, and the other is a businesswoman.

Differences do exist between the Third House District’s two lawmakers who have departed their beloved Wheeling for the state capital city of Charleston for this year’s regular session of the West Virginia Legislature, but Dels. Erikka Storch and Shawn Fluharty seem to be on the same page as far as the issues faced by residents of Ohio County.

“What is frustrating during the session is that there are some lawmakers down there who do not work well together,” Storch said. “That means they could be proposing very similar bills, but in the end it leads to 3,000 bills being submitted, and we see 260 of them get passed because of all the duplication. 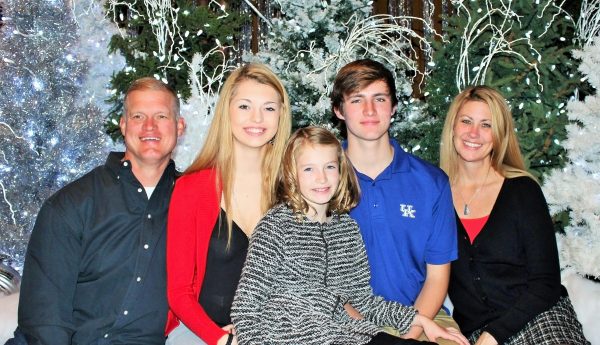 The Storch family posed for this family portrait during the holiday season.

“The mirror bills waste so much time during the session, and it’s happened every year I’ve been there,” she continued. “And I am sure it’s going to happen again this year, but it won’t involve Shawn and me because we work very well together, and we communicate with each other.”

The working environment in Charleston, both hope, will be improved from last year when partisan politics ruled much of the session. The state’s voters handed the control to the Republican Party in 2014, but several resignations in the past two months have altered the mix for this year’s regular session. Neither legislator is quite sure what the agenda will look like when the regular session officially gets under way today prior to this evening’s State of the State Address by Gov. Earl Ray Tomblin, although state media outlets have covered topics such a repeal of the Prevailing Wage Act, a Right to Work initiative, and a movement to drug test residents who receive public assistance from state government.

“There’s really something to being in Charleston with all of the other lawmakers because that’s when you find out what’s really on the agenda and what’s just been rumors the last few months,” Storch explained. “I’ve learned not to get caught up on this concept or that concept because until you’re actually there, you have no idea what the issues will be from around the state. 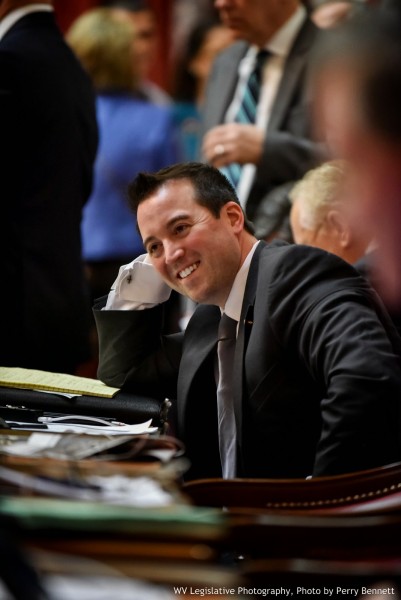 Del. Fluharty very much enjoyed his first legislative session and feels prepared for the beginning of his second tomorrow.

“I may like the way a concept or idea sounds at first, but that does not mean I will support the legislation because I don’t know what it looks like until it’s distributed prior to a vote,” she said. “But we’ll have a couple of days before the session starts, and that’s what gives you the opportunity to really get into it and get going.”

Fluharty has attended a plethora of local meetings that have pertained to the district, and he is also a frequent political panelist on Monday evenings for the Watchdog Network, AM 1600 WKKX and AM 1370 WVLY.

“I have tried to be as active in the community as possible because that’s how I can gauge what the concerns and issues are here,” explained Fluharty. “I’ve spent a lot of time speaking with constituents, and I’ve been working pretty hard to get my bills I will introduce ready to go when the session begins. 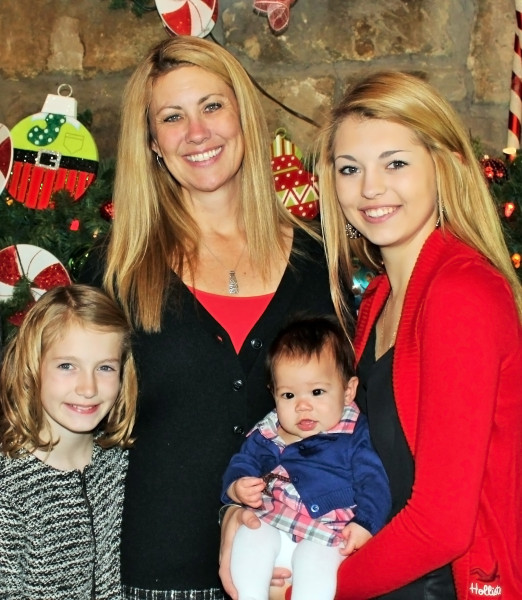 Del. Storch with her two daughters, Payton and Alexis, and her step-son’s baby daughter Ava Demas.

“I want to hit the ground running this year because last year I was completely new, learning the process, and following the guidance Erikka was offering me. But this year it’s completely different,” he said. “But now that I have that experience, it’s very important to me to get my ideas on paper so they can move forward toward becoming legislation.”

While these two delegates, both of whom plan to run for re-election in the May primary, have diligently followed the media coverage, their collective hope is that the real issues of West Virginia will be addressed during the 60-day session instead of being forced to endure party politics and agendas that stray away from what is impacting the state’s residents.

“We have a humungous issue with our roads. I know that’s not news, but what’s being done about it? That I do not know,” Storch said. “And the difference in the roads here and the roads in Charleston is very noticeable to me when we are down there. And I know that issue is not just limited to the roads here because there are complaints from most of the lawmakers from around the state. It’s a huge issue. 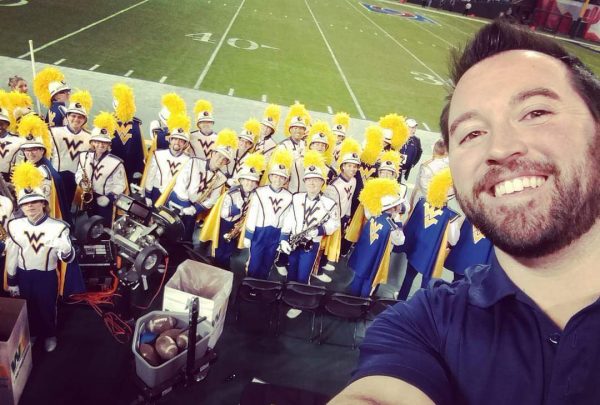 Del. Fluharty traveled to Arizona for his alma mater’s 43-42 victory over Arizona State in the Cactus Bowl.

“We also have a big issue concerning public education, and we need to stop being okay with being 49th in the country while investing the seventh largest amount to it,” she continued. “The money is not going to the appropriate places, and there’s also going to be an important conversation about Common Core Standards and the fact that the state board orchestrated what appears to be a fake repeal.

“I also believe we need to address how we go about building new schools because it’s my belief that how it’s done today does not allow for the best use of those funds. I think there are too many extra layers of fat in the construction process and I am confident we could be giving our children the new schools and the new technology and still have money left for education.”

Fluharty plans to propose several bills once the regular session kicks off, and he also hopes to instigate conversations involving automatic voter registration, the lobbying industry in the state, the elimination of the hearing process with the Division of Motor Vehicles, and drug testing. Retention of the state’s youth, though, will be a priority he wishes to address on a daily basis. 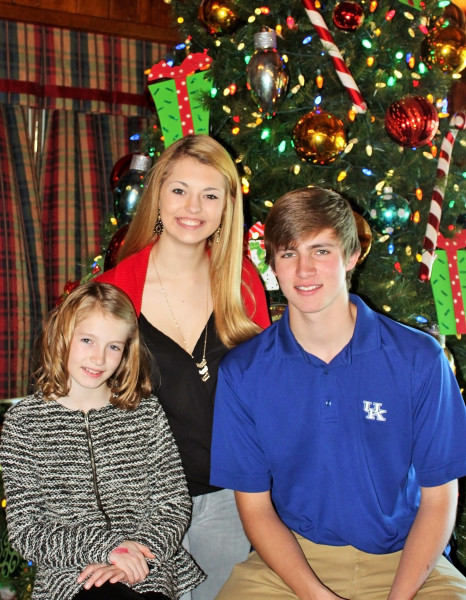 “I am very focused on my ‘Stay in the State Act’ because I believe it represents an opportunity for West Virginia to start retaining our young people who choose to attend college in our state,” Fluharty said. “It would allow for an incentive for them after college, and right now we have the third-highest rate of people leaving the state, and that means we do not have young people entering our economy.

“It would allow for a tax incentive for employers if they help pay down the student loans for their employees as long as they graduate from an in-state institution,” he continued. “It would also make the decision to leave more difficult for those young people. We have to look at our state down the road and ask what it’s going to look like in 10 or 20 years. The fact is that we have one of the oldest states per capita, and many of our young people are leaving.”

“I think everyone realizes that our birth rate is not as high as our death rate, and kids are leaving the state, and the majority of that never does come back to West Virginia,” Storch added. “It’s not a bad thing to go see other parts of the country, but I would like to see them bring that experience back to our state.

“That issue with our aging population is also part of the budget shortfall, and right now we have a 54-percent worker participation in West Virginia, and for people ages 25 to 44 it’s only 49 percent,” the lawmaker explained. “Those are the lowest in the country right now, and those numbers have to be considered when trying to figure out how to turn them around.” 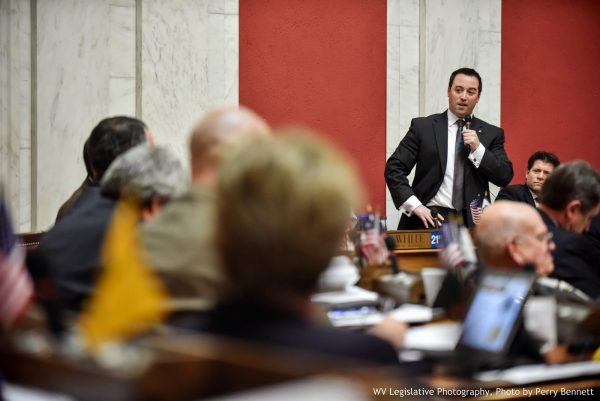 Del. Fluharty made several floor speeches during his first session.

The statistics do not lie, and they both know it. It’s about opportunity for young people no matter what state they reside in, and at this time in the Mountain State, with Walmart representing the big employer in its 55 counties, higher education is less likely for younger citizens than the realities that accompany lower incomes.

“Right now a child born in West Virginia has a better chance to grow up in poverty instead of getting a college degree. Let that sink in for a moment,” Fluharty said. “And that is because we have failed to invest in our intellectual capital. We have the Promise Scholarship program, but then there is no reason for them to stay because of the lack of opportunity.

“That’s because, in my opinion, we have more backward thinking in Charleston instead of forward thinking,” he said. “The only way to make this state a better place is to retain our young people. It really is that simple, but it wasn’t a focus last year. Instead, it was cut, cut, cut, and that’s not how to make West Virginia a better place.”

Now in her third term as one of two Third District delegates, Storch is most concerned by the state’s apparent $250 million budget shortfall. The accountant in her is most curious about the recently completed audit that has been conducted on the Division of Highways, and her business experience has assisted Storch with examining how tax dollars are being spent by the state’s bureaucrats. 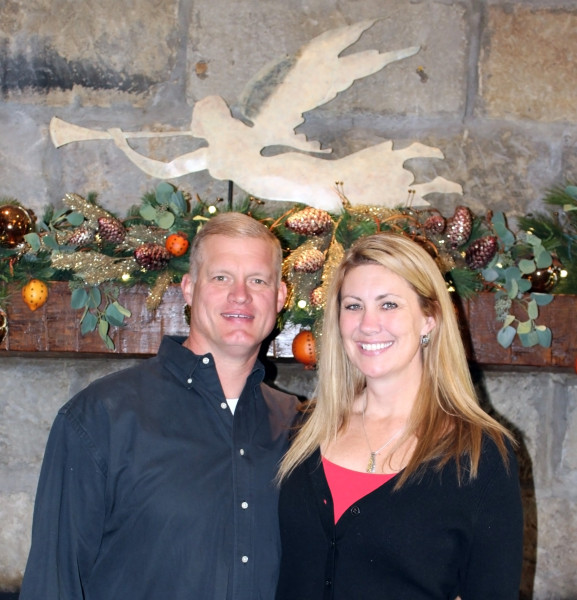 Del. Storch with her husband, Tom.

“I plan to assess the economic situation here in West Virginia what with a projected budget shortfall. We need to better utilize the tax dollars that are paid to the state; that’s for sure,” she insisted. “I also have a few pieces of legislation that would accomplish some things concerning non-profits, and I also plan to address how some property owners are being taxed in the Third District, and when we get to Charleston, I really will be able to refine it after getting even more ideas from the others.

“I also have several bills that relate to how the gas and oil industries are affecting residents in this region of the state, and this will be the sixth year during which we’ve been trying to alter the gas severance tax to how the monies with the coal severance tax are distributed,” she explained. “I’m a strong believer that the areas that are enduring these industries deserve more so those funds can be used to repair and improve our infrastructure in this area.”

Both Storch and Fluharty are certain the issue of “forced pooling” will surface very soon after the regular session begins although the concept likely will be termed something completely different. “Lease integration” is one phrase that has been utilized by the lobbyists representing the gas and oil industries. No matter how it is referenced in proposed legislation, it is the practice of taking over mineral rights beneath private property as long as 80 percent of the surrounding mineral owners have agreed to lease agreements. It is also known as, “private eminent domain.”

“Forced pooling is definitely going to be re-introduced, and the big question now is which legislator has been bought off since the deadlocked vote that took place on the last evening of last year’s session,” Fluharty said. “The only way anything will change with it in the House of Delegates is if someone changes their vote, and the only reason for that to happen would be because someone is getting help with their campaign coffers. That’s what I hear.

“That bill survived through last year’s session because the big oil and gas industries in the state have a lot of money,” he continued. “And unfortunately we have too many politicians who are spineless and won’t stand up for what is right. I voted against it, and so did Erikka and our votes will never change on that bill. We know the difference between what is right and what is wrong, and that’s our responsibility is to do what it right for the people of the Third District.”