Kayaking local creeks is an activity that has picked up in popularity during recent years, and that is why Lou Vargo and Jesse Mestrovic wish to remind enthusiasts to take every safety precaution and to employ common sense in conditions that could be dangerous.

Vargo is the director of Ohio County’s Emergency Management Agency, and Mestrovic is the director of Parks and Strategic Planning for the City of Wheeling, and both became concerned this past weekend when learning that local first responders had to rescue five individuals from the swift currents of Wheeling Creek.

“There was a 911 call Saturday afternoon about a group of kayakers that was in trouble, and at the time the call came in, the group was in the area of Greenwood Cemetery, and the water was moving so fast the responders did not get the people out of the creek until they had reached the area near Kroger,” Vargo said. “It was the Wheeling Fire Department and local law enforcement that responded immediately, and they were able to rescue them very quickly.

“The kayakers were able to get pretty close to the shore at that point, so the rescuers were able to reach them without too many issues,” he reported. “It’s my understanding that among the rescued kayakers, the youngest was 13 years old.” 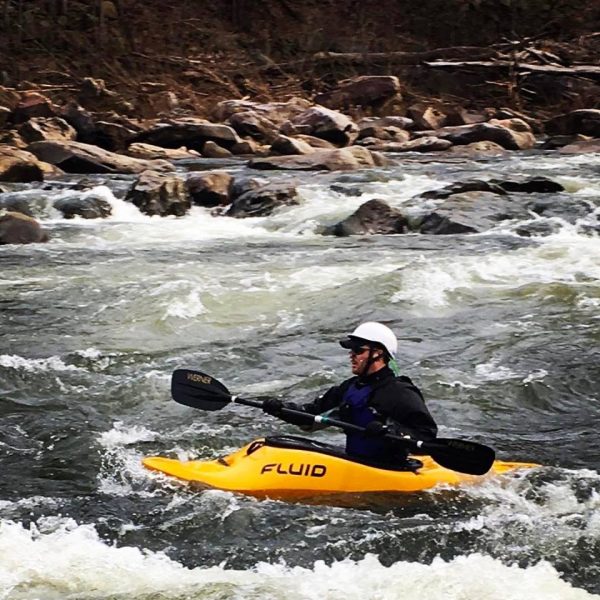 The Wheeling area was drenched the day before with more than 2 inches of rainfall caused by the remnants of Tropical Storm Cindy, and the water level of the creek tripled by noon on Saturday, according to the National Weather Service.

“Since kayaking the local creeks has become more popular, we have discussed how people who want to do that can do it as safely as possible, and the water level is a big part of that,” Vargo said. “Big Wheeling Creek came up very quickly following that rainfall, and the velocity of the water was very, very fast.

“When the creek comes up like that, it can be very dangerous, and that’s not to mention what a kayaker could meet up with as far as debris is concerned,” he said. “It doesn’t matter if you are in a raft or a kayak, either, because I’ve seen full-sized refrigerators float down that creek when the water has been that high. Back in September 2004, we even had cars in the creek, so it can become a very dangerous situation, and we think it’s important to realize that before they make the decision to take a ride down the creek.” 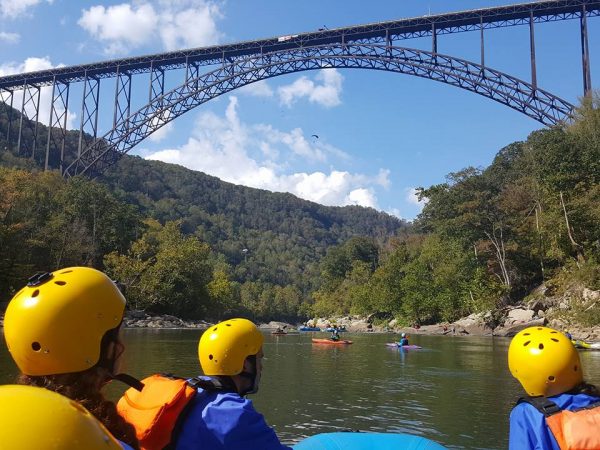 Jesse Mestrovic has traveled the state to enjoy outdoor adventure, and that includes New River Gorge.

“You definitely have to be cognizant of the water levels before you head out on a trip, and people can do that by visiting the Advanced Hydrologic Prediction Service website so you can see the level at that location,” Mestrovic explained. “You just have to be aware of your surroundings, and that’s one way to measure what you might encounter when you are on the creek. If that gauge says the creek is above three feet, you definitely do not want to take that trip.

“There are other options if you really want to kayak on a day after we’ve received a significant rain, and our local lakes and reservoirs are a couple of those options,” he said. “And that goes for those who are more skilled, and that’s because of the debris that comes with big rains in this area. You really never know what could be in there because of the fallen trees and other forms of debris that have been found in Big Wheeling Creek.”

The online gauge, however, reveals only the creek’s depth level near Bridge Street School, and Vargo explained that a half-mile downstream is much deeper because of the presence of a train bridge several years ago.

“The level might be three feet there at Junior Avenue, but what folks need to realize is that the water level changes in different areas of the creek,” he said. “An example is just a little way downstream from that area where the water gets very deep, and that led to a tragedy involving a young boy about a year ago. 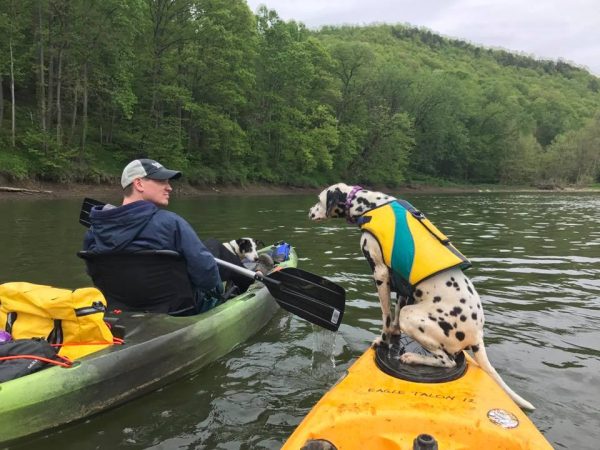 Those wishing to kayak on West Virginia waterways need to know that state law mandates having a life preserver on board.

“Anytime you have a tragedy like that, we have to learn from it, so I hope people realize there are areas of that creek that are very, very deep even when the rest of the creek may only be three feet deep,” he said. “So, three feet at Junior Avenue means what it means for that area and that area only.”

On Saturday, Wheeling firefighters were positioned beyond the bank near Mount de Chantal Road, the EMA director said, and a riverboat unit was preparing to position itself at the mouth of the Ohio River, too.

“I know that kayaking Big Wheeling Creek can be very exciting, but when the conditions are that dangerous, people are not just placing their lives in danger, but also the lives of our first responders,” Vargo said. “Accidents can happen no matter what the water levels are, but there definitely are no guarantees in those kinds of conditions for anyone involved, and that was the situation on Saturday.

“Those firefighters are willing to put themselves in those situations in order to save lives, but it doesn’t have to be necessary if people just use a little more sense before getting into the creek,” Vargo added. “They really should wait for a day or two after that much rain so that the water levels can decrease and some of the debris can clear out of the way.”