Story brought to you by: The Bridge and Tunnel Collective

Theatre Wheeling songwriters Michael Iafrate and Joshua Lee will host a special double album release celebration at Towngate Theatre on Saturday, June 10, 2017. In May, Iafrate released his full-length album Christian Burial under the name M Iafrate & the Priesthood, and in early June, Lee offered his debut EP Promise Land. Iafrate and Lee will perform material from these new releases, each backed by a full band. Andrew Iafrate, Michael’s brother and sometimes collaborator, will open, and an afterparty will take place on Towngate’s lower level. Beer, wine, soda, water, and popcorn will be available to purchase.

Iafrate has carefully developed his unique voice among regional songwriters, alongside and subsequent to his notable work as a member of some of West Virginia’s most creative independent music acts such as The Minus Tide, COBRA, and Killed At Camp. His song-explorations are often enriched by his training as a theologian— asking more questions than providing answers, commingling the worlds of flesh and spirit, and holding received images and traditions up to the light in respect, playfulness, and negation. On Christian Burial, however, Iafrate’s usual soft-spoken and contemplative tones are enhanced by the harder and more textured arrangements of a full backing band and several special guests. It is his first full-length release of original material since 2005’s O Happy Marriage.

After 14 years in Nashville, cutting his teeth on rock, pop, country, and everything in between, Joshua Lee decided to hit reset in West Virginia. He brought along a love for a good hook and a taste for ambience, noise, and fits of fury. Joshua’s songwriting falls somewhere between brooding melancholy of bands like The National, the no-nonsense song-crafting of Ryan Adams, and a healthy overdose of childhood religion. Joshua is backed by his amazing band the Noises, featuring Sean Decker and Ryan Sears (Mr. Fancy Pants) on guitar and bass, Richard Herndon (Brown Bear’s Revival) on guitars & keyboards, and Bobby Vdovjak (Stellar Winds, Left of Pittsburgh) on drums. 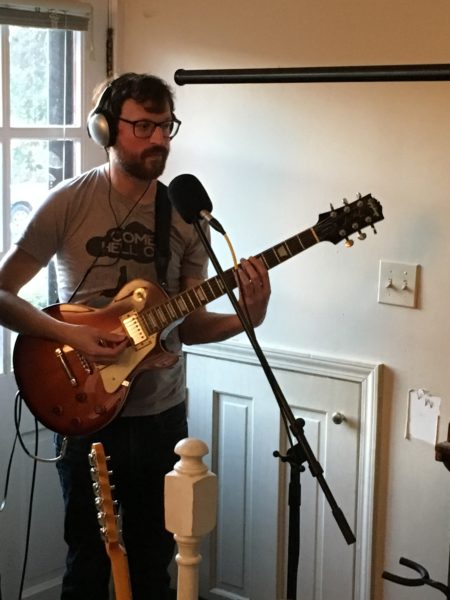 Andrew Iafrate is a musician based in Louisville, Kentucky. His influences include singer/songwriters of the ‘60s and ‘70s, classic country and Americana, and modern independent rock and roll. He is currently recording a follow up to his 2007 album The Ravages with his band Elk Hound. Doors open at 7:00pm and the show begins at 8:00pm. Tickets are $10 and can be purchased online at oionline.com, at the door, or by calling 304-242-7700. ### For interviews or more information, please contact: Michael Iafrate michael.iafrate@gmail.com 304-376-9115 Joshua Lee imightbejosh@gmail.com 615-337-4042.
Joshua Lee – Full bio 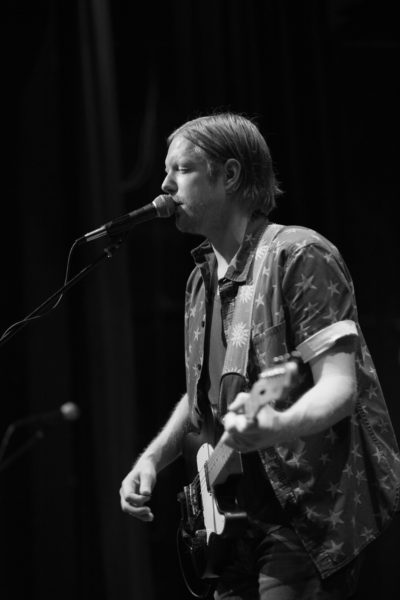 After 14 years of fifteen-passenger vans, tour buses, and side man gigs, Joshua Lee left Nashville with his young family and headed to West Virginia, trading screaming fans for screaming kids. After a difficult transition, Lee nearly left the music life behind entirely, but he began to write again and in doing so found his own musical voice. In his old life, Lee might have sought collaborators to start a band, but having difficulty finding enough like-minded musicians, he focused instead on discovering himself as a solo artist, something he’d never tried before. Playing solo shows in the Ohio Valley area led to a new confidence in his ability as a singer-songwriter and to a new group of musical collaborators. Now, with the help of the collective of independent local artists he helped found (www.batcollective.org), he is sharing his experience, and working to grow a thriving original music scene in small town America. On his debut EP, Promise Land (June 2017), Joshua wrestles with questions of loss and cautiously reaches for hope rather than despair. Recorded mostly at home, and self-produced along with Trae Gunter (Guitars, Randy Montana, Jacob Thomas Jr.), he finds himself searching for his own sound by mining the territories of folk rock and heartland rock and blending in synths and ambient guitars. Hints of The National supplement more traditional song forms in the spirit of Ryan Adams and Tom Petty. 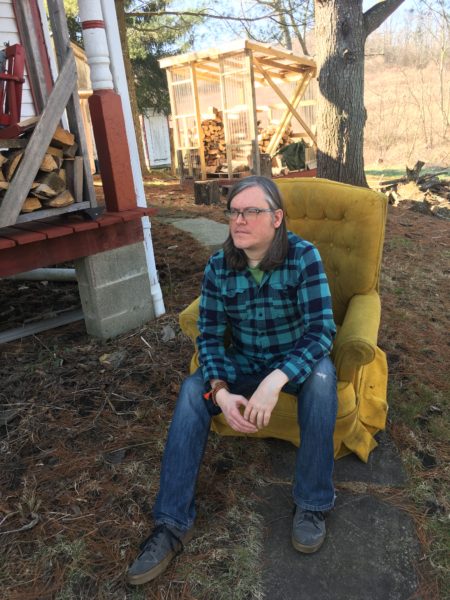 For over two decades, West Virginia songwriter Michael Iafrate has carefully developed his unique voice among regional artists, alongside and subsequent to his notable work as a member of some of the state’s most creative independent music acts such as The Minus Tide, COBRA, and Killed At Camp. His song-explorations are often enriched by his training as a theologian—asking more questions than providing answers, commingling the worlds of flesh and spirit, and holding received images and traditions up to the light in respect, playfulness, and negation. Whether performed solo or with a full band, Iafrate’s songs reveal shifting shades of meaning and flexibility and offer the incense of devotion to such influences as Jason Molina, Will Oldham, Neil Young, classic R.E.M., Elliott Smith, Gillian Welch, Townes Van Zandt, Doug Paisley, and Elephant Micah. He has performed on stage with acts like Songs: Ohia, Magnolia Electric Co., Bonnie “Prince” Billy, The Anomoanon, Papa M, Brightblack Morning Light, and Matt Pond PA. Following M Iafrate & The Priesthood’s 2005 full-length O Happy Marriage (his first with a full band), Iafrate released the 2011 solo EP No Matter How Deep the Darkness, He Descends Deeper Still and a number of singles and other tracks as he pursued the slow work of two new albums. On his latest full-length, Christian Burial, Iafrate’s tried-and-true soft-spoken and contemplative tones are enhanced by the harder and more textured arrangements of his reassembled backing band, the Priesthood—Clint Sutton, Dallas Campbell, David Klug, and Sean Decker. Also on board are several special guests, kindred musical spirits called upon to flesh out more layered and complex arrangements—Josh Taylor on organ and piano, William Matheny on pedal steel guitar, Nate Musser on violins and upright bass, and backing vocalists Sarah Sigmon, Haley Slagle, and Hazel Iafrate. A second full-length album, Nonsubstantiation (which was recorded largely alongside Christian Burial), will be released within a year’s time under Iafrate’s own name. Each record presents Iafrate’s introspective “theo- folk” through thoughtful and dignified arrangements and will solidify Iafrate’s place, in the words of one of the state’s most seasoned music veterans, as “West Virginia’s most esteemed hyper theologian.”