An NFL game was on the tube, and Hugh Stobbs was planted in his living room Lazy Boy dozing in and out of consciousness.

And then the boss beckoned.

“My wife, Lois, said, ‘Why don’t you got off your butt and do something constructive,’” Stobbs recalled. “She told me that she had been thinking about it for some time and that she thought I should do another race but this time it should be a race that honors our veterans.

“She told me that she was willing to do all of the things that she used to do for me for the Elby’s, and I thought it sounded like a great idea,” said Stobbs, who served as race director for the Elby’s Distance Race for more than two decades. “In the very beginning it was all her idea, and that’s why my race committee decided to dedicate the race in her honor. I really had nothing to do with that, but it’s definitely an honor that she deserves. 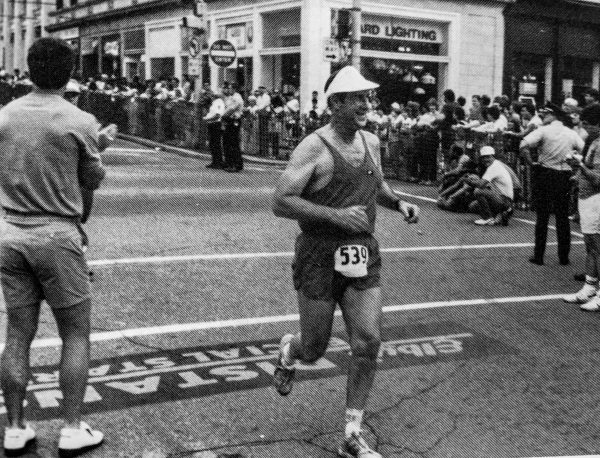 Race director Hugh Stobbs has long been a road runner and competed in races throughout the U.S.

“This race is about honoring our veterans, but the decision to dedicate the race to Lois has made it even more special to me,” he said. “And it’s made it harder for me because I never really realized how much she did for me when it came to those events. But that’s OK. It just gives me more reasons to remember how wonderful a lady she was.”

The 6th Annual Lois Stobbs Memorial Veterans 10K Run/Walk is set for this Saturday at 8:30 a.m. The starting line is at Bridge Street Middle School in Elm Grove, and the finish is on the corner of 14th and Main streets in downtown Wheeling. Proceeds from the race are donated to the West Virginia Chapter of the Paralyzed Veterans of America Association, and in the first five years Stobbs and his committee have contributed $68,000. 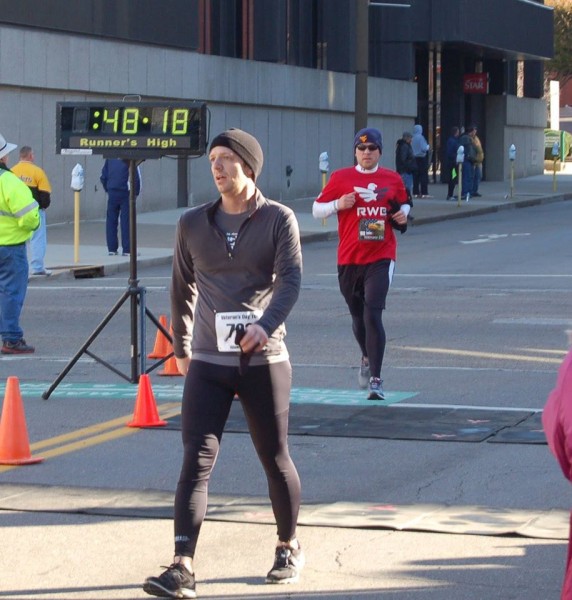 “At the time Lois came to me with the idea, it just seemed to me as if our veterans were not being recognized enough,” Stobbs recalled. “I think everyone has been touched in some way by a veteran’s service, and that’s why it’s so important to me to see people out along the course during the race so they can acknowledge that service.

“One of the things that we do to help people show their appreciation is give our veteran runners a different bib to wear during the event. That way the people in the crowd can tell who is a veteran,” he said. “And our veterans run this race for free. There is no charge, and that’s meant to be a thank you from us to them.”

John Looney, the Team Leader at the Wheeling Vet Center who will serve as banquet host, is one local veteran who deeply appreciates what Stobbs, his wife, and his committee have accomplished with the annual Veterans Race. 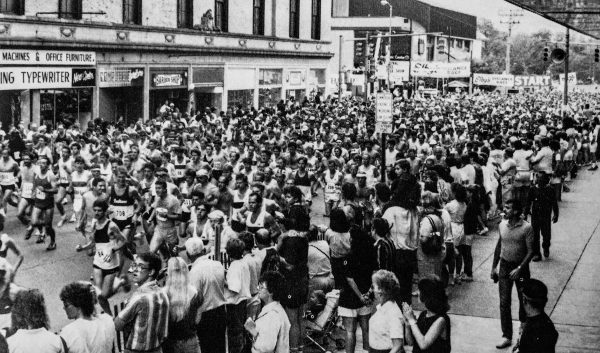 Stobbs served as the race director for the former Elby’s Distance Race for more than 20 years.

“This event is very important to me because it’s a part of my mission to allow veterans to stand up and be proud of the service they have given our country,” he said. “I have always worked towards making our area a veterans community and this race helps make that happen for all of the men and women here in our valley.

“I believe our veterans are well appreciated in the Wheeling area and I have seen it increase over the past 10 years,” Looney continued. “And it’s also a great event because all those involved with it are volunteers, and all of the money raised goes to helping our paralyzed veterans in West Virginia. That means a lot to all of us veterans; I can tell you that for sure.”

Looney served with the U.S. Army’s 101st Airborne Division and was deployed to Vietnam in 1968-69. 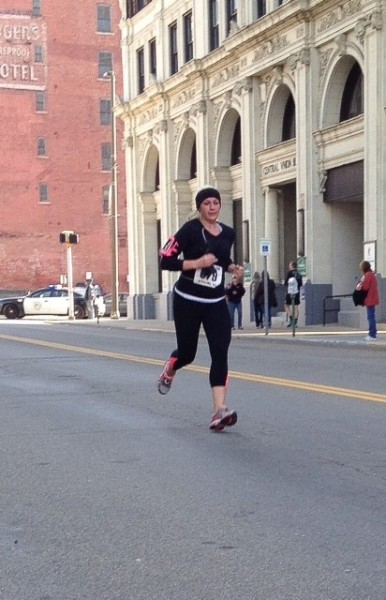 “While a veteran from any era runs this race, it’s a very heartwarming experience,” he said. “I know I can’t help but smile when I see adults and children cheering extra loud for the veterans who are running the race because it wasn’t always like that for us.

“There has always been recognition, but before it was always very quiet. It wasn’t a celebration like this event is,” he continued. “Before it was a handshake, but now it’s cheers and hugs, and it’s allowed to be fun now. It’s really full of life.”

The number of participants has increased each year, according to the race director, and as of Thursday he had 182 veterans pre-registered and a total of more than 500 runners ready to race. Stobbs said each year he has seen a late rush of more than 100 participants register the day before or the day of the event.

Following the Veterans Race, a banquet will be held at Wesbanco Arena with Ye Olde Alpha supplying the catering.

Bill Rodgers, a regular in the former Elby’s Distance Race, will be one of the featured speakers during Saturday’s banquet.

“And the race is a certified 10K race by the U.S. Track and Field Association,” he explained. “That’s a pretty big deal to some of the participants because road racing is still very popular here in the United States and across the world.

“And my friends Ron Hill and Bill Rodgers will be here again for this year’s race, and people just love meeting them both,” he continued. “Before and after the race, and during the banquet they both are approached by those in attendance because so many people remember when they were here for the distance race. They were two of the best in the entire world back in those days.”

Those wishing to participate as a runner or walker can still register today from 5-7 p.m. at Bridge Street Middle School, and officials will continue tomorrow morning beginning at 7 a.m. The registration fee is $30, and Stobbs is available at 304-242-7322.