Market Area the Center Of Attention

Wheeling’s Centre Market has nearly two centuries worth of history behind it, but that is not what most people talk about these days.

Instead, when Centre Market is mentioned in conversation, it most often involves great food, local artwork, antique shopping, the mysteries of space, and the wishes for the success to spread into Wheeling’s downtown district. The historic area of Center Wheeling has been transformed under the watchful eye of Kurt Zende. 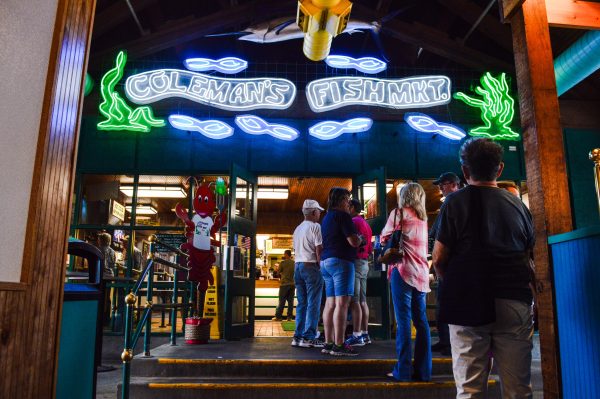 The anchor for more than a century has been Coleman’s Fish Market.

“About five years ago Bob Herron and I had a meeting to discuss using the principles of the Main Street program here at Centre Market, and that led us to redevelop an area that had declined over several years,” said Zende, the market’s manager and an economic development specialist for the city of Wheeling. “The first thing we focused on was the aesthetics of the area, and immediately we painted the two market houses.

“Some of the folks here, like Theresa Childers and her daughter, Brandi, who had done a lot of great things with some of the buildings in this immediate area,” he said. “And since we have upgraded the appeal of the market houses, some of the owners of the other buildings have done a lot of preservation and beautification. In turn, that created a situation where I was able to do a lot of organization to get even more people involved.” 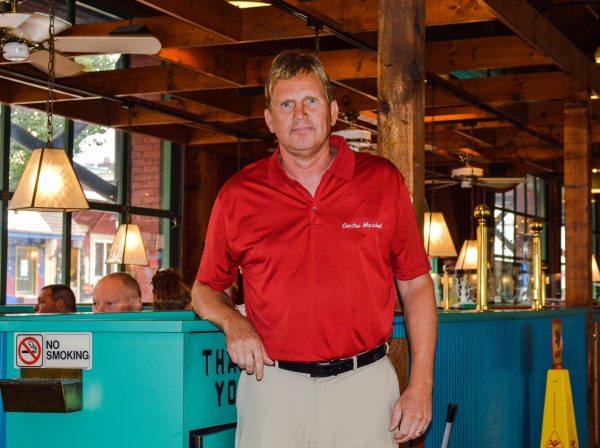 For many years Centre Market was known to locals for three reasons: Coleman’s Fish Market, antique shopping, and crime. The antiques are still present as is Coleman’s, but the crime has been chased away.

“A lot of that was accomplished by redeveloping this area into a quaint little area for people to come visit and to work and play. That was the biggest thing, in my opinion, that changed the mindset of a lot of people,” Zende said. “The issues that were very real around here went away because there was a lot of attention being paid to those issues.

“We were then able to get many others who had the same focus and the same idea of the direction we wanted to go  with Centre Market,” he explained. “Then we did the best we could from a marketing standpoint to let as many people as possible know what was going on down here. We had to change a lot of minds because of what this area had become known for over several years.” 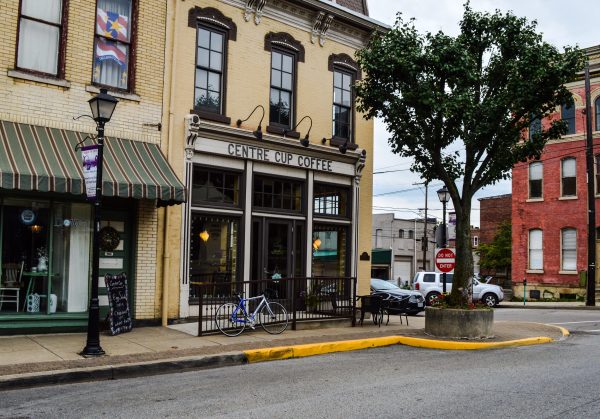 It was Theresa Childers and her family who took one of the first steps to reinventing the Centre Market area.

Then the growth began, and one after another new businesses were landing inside the two market houses. Valley Cheese joined Michael’s Beef House and Coleman’s in the southern market house, and The Soup Shack, Oliver’s Pies, and Centre Market Bakery opened alongside of ArtsWorks Around Town in the structure to the north.

“A big part with reaching out to our community was to get the minds of small business owners working and that allowed us to attract a lot of new businesses to not only fill the market houses, but also to locate in the structures surrounding them,” he continued. “By the grace of God it all kind of fell into place for us, and we have been riding that wave ever since. 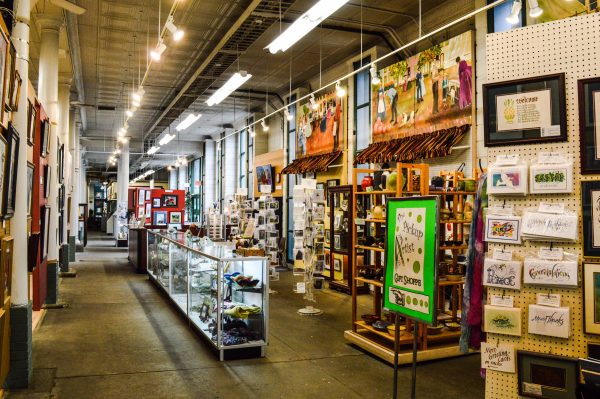 Artworks Around Town is a gallery that concentrates on displaying and selling the works of local artists.

“I am a firm believer in clustering like business because it works everywhere it happens,” Zende said. “It makes the fish bowl bigger, and we have so many great business people in this area who really get it. They have not been afraid to try something here, and that’s people others have led the way, and they have succeeded.”

The cost to locate inside the market houses is between $11-$14 per square foot, and reasonable rents have been available to the businesses that have located in the buildings that surround the city’s two properties. The buildings that remain vacant today, Zende reported, are only empty because the structures are not yet ready for tenants. 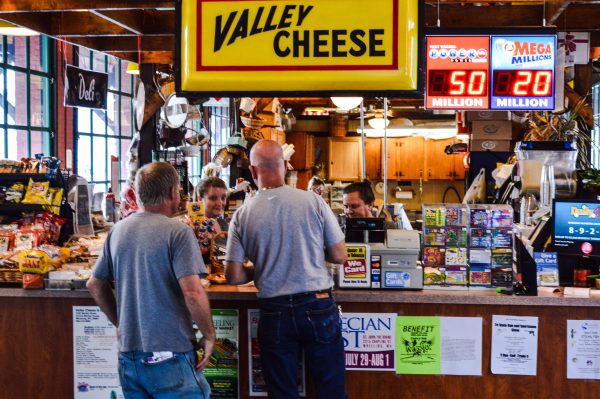 Valley Cheese has since expanded with a South Wheeling location after experiencing great success at Centre Market.

“Every day I hear about another property owner working on their buildings because they want to be a part of this,” he said. “A lot of people are coming to Centre Market again, and when that happens more and more want to increase the size of the pie so they can get their own slice of it.

“And I would say the vast majority of the people doing business in this area today are very pleased with their current location because the foot traffic is likely better here than anywhere in the city,” Zende continued. “I also believe they are happy because Centre Market is now just a neat place to be. I know I enjoy coming to work every day because I get to work with all of these great people, and this area now reminds you of the old ways of how people got things accomplished.” 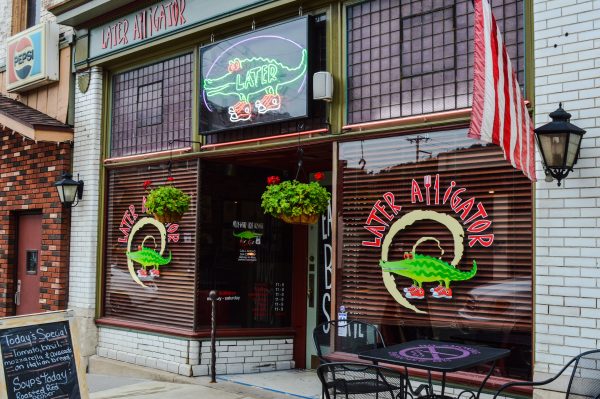 The initial step, however, was not taken by the city of Wheeling. Instead, it was Susan Haddad and Theresa Childers who first saw the potential, according to Zende.

“Theresa’s family had a vision, and what they were doing made our properties look pretty ugly, but once we got started with our beautification, it spread like wildfire to most the other business owners,” Zende said. “Even before all of this progress there was Susan Haddad, who took a great risk by opening Later Alligator in this area,” he said. “She took a big leap of faith, but everything has worked out well for her.

“And Greg and Diane Myers also led the way for a lot of other property owners. They started with the wine shop, they expanded with the opening of Market Vines, and now they are working on a third building,” he said. “And, of course, there’s been Coleman’s Fish Market in this area for many, many years. They are the anchor. Without those legendary fish sandwiches, none of this happens.” 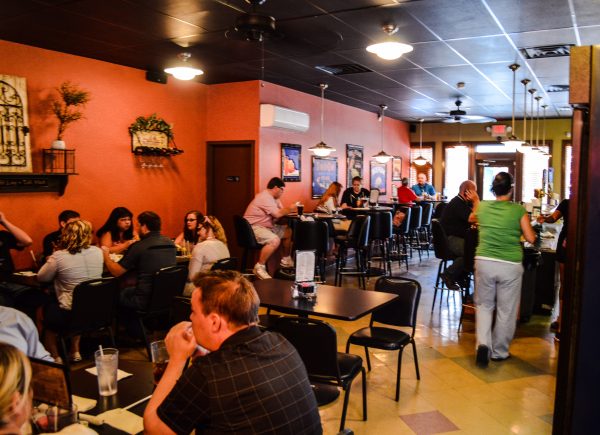 And yes, soon there will be another addition. If tests involving the newly installed fire suppression system in the southern house go as expected, the Osaka Express will begin business on Monday near the steps to Coleman’s. Once open, the newest eatery will offer pre-packaged sushi as well as several Japanese and Chinese dishes.

“It will be a mini-version of what the Osaka restaurant at the Ohio Valley Mall does on a daily basis,” Zende explained. “And we will also see a new bridal shop open as soon as the renovations are complete with one of Frank Callabrese’s buildings in this area. 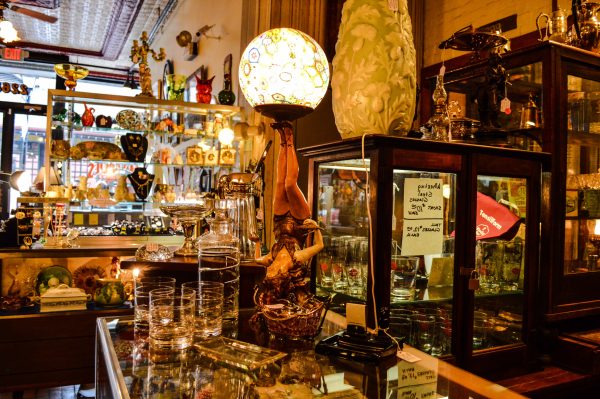 One nevers knows what they may discover inside Centre Market’s antique shops, and that includes Antiques on the Market.

“Frank is one of many property owners who have bought in and want to be a part of the success that we’re seeing here now,” he said. “And that’s why this area has become so popular. It started with a few, and then the efforts have expanded to where now the community even wants to help make this so appealing. It’s been a community effort, that’s for sure.”

The Centre Wheeling structures were constructed in 1850s, when the Center and South Wheeling neighborhoods were crowded with residential living and industrial mills and factories. Farmers from throughout the region would converge on the market area and Wheeling residents were able to purchase nearly everything they needed to sustain their families. 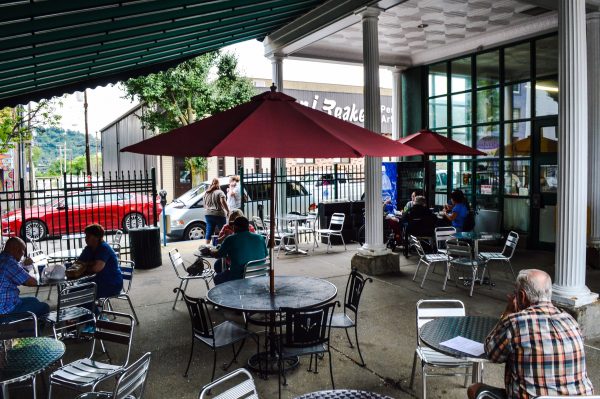 Chesapeake Energy donated the $25,000 to add a roof to the area between the two market houses.

In the 1980s the structures were finally renovated thanks to historical grants, but Zende faces maintenance issues on a daily basis.

“It can be tough to keep up with the needs of these two buildings because of when they were constructed,” Zende said. “And there is work that needs to be performed in the future including painting the interiors of both buildings.

“The roofs and the restrooms are going to need attention in the near feature, and we would also like to do something with the flooring,” he continued. “It’s going to take some time and some money to get everything completed, but we are working hard to keep everything very attractive.” 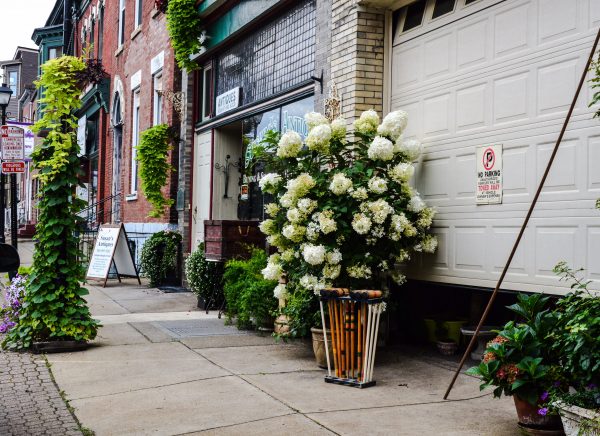 Susan’s Antiques has attracted a lot of attention this summer because of the owner’s green thumb.

He is far from finished, Zende admitted, but patience is needed because his vision also has a price tag attached.

“One of the goals that I have now for this area is improving the streetscapes by working with a lot of people in this community. I would like to define this historical district with those streetscapes,” Zende explained. “I want local residents and our visitors to know that they are coming to a place that is very special.

“Thanks to a $25,000 donation from Chesapeake Energy we were able to add the sheltered area between the two market houses, and we want to continue improving the insides and the exterior of the market houses in the future,” he said. “I’d like to do something with the crosswalks, the meters, and everything else we can. We are at a very good level now, and I am looking forward to working with a lot of people to keep it going here in Centre Market.” 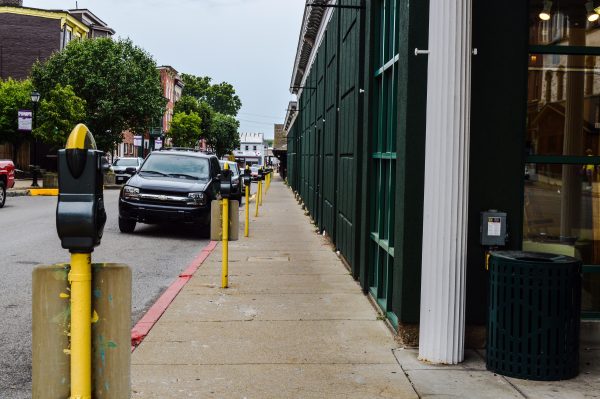 Streetscape beautification – including redesigning the many parking meters that surround the two market houses – is part of Zende’s next improvement plan for the area.

And now for that pesky question: How does the success realized at Centre Market spread north to Wheeling’s long-dying downtown district?

Zende believes the expansion is already under way.

“I think the downtown, in my opinion, is ripe for residential and we are already seeing some of that take place with the new loft apartments in the Stone Center,” Zende said. “I believe those developments will multiple in the near future, too. I really do, and we’ve already seen entrepreneurs like Matt Welsch with the Vagabond Kitchen choose our downtown.

“I also see the riverfront is ready for residential, too,” he continued. “Businesses feed off of where the critical mass locates so I think we’ll see a lot of movement in the downtown district in that order. I believe it will be a great atmosphere from here to 10th Street in the near future.” 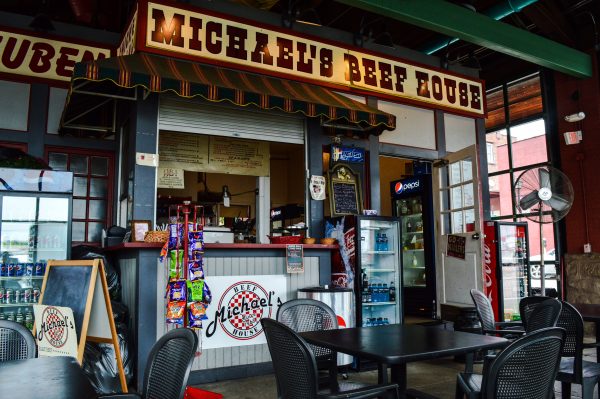