Those three words could be how West Virginia Governor Jim Justice describes the Mountain State at this time when he offers his first State of the State Address this week, and that’s because members of the state legislature will be confronted with an estimated $450 million budget deficit on their first day of the regular session.

Unlike last year when the operations deficit was left by lawmakers for a special session that followed the 60-day conference, the two delegates representing the Third District here in Ohio County believe cuts and revenue to be topics that will consume most conversations.

“I expect we’ll address the budget early in the session so we can see what that’s going to look like before considering much else. When you have a deficit the size that it is, it’s an issue that needs attention as soon as we all get to Charleston,” explained Del. Erikka Storch (R-3rd). “Along with a lot of new members of the House, we have a new governor, and I have no real idea about how he is going to want to approach the budget deficit.

“But right now, I don’t feel very connected to anyone yet because there’s been so much turnover in the House of Delegates,” the lawmaker continued. “Because of the election results, I don’t know what personal agendas I may encounter when the session begins. Hopefully all of the new people will recognize the importance of passing any legislation that affects the budget.” 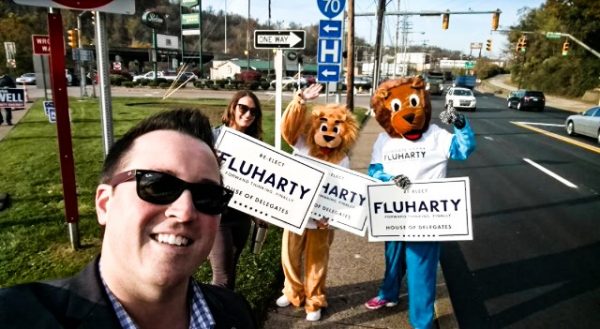 Fluharty made his presence known on the morning of Election Day in November.

Dealing with that Deficit

Speaker of the House Tim Armstead (R-Kanawha) has told media members that the Division of Health and Human Resources and public education will be included when legislators are examining the state budget for dollars that can be shaved, but Del. Shawn Fluharty (D-3rd) plans to present a plethora of ideas for creating new revenue for West Virginia.

“We need new revenue. Period. The old playbook of ‘cut, cut, cut,’ or ‘tax, tax, tax’ simply does not work,” he said. “Quite frankly, for this session, if it doesn’t make dollars, it doesn’t make sense.  With a declining population and a decrease in severance tax collections, we need new sources of income that aren’t part of the current equation. That’s why medicinal marijuana doesn’t just make public health sense; it also makes economic sense. We would generate money while also combating the opioid epidemic, resulting in a cost savings. The ultimate long-term goal should be to create net migration for West Virginia. That is how the new economy works.

“I think leadership will first attempt to move forward by cutting their way out of this hole,” he explained. “While there remain a few areas where government bloat should be streamlined, there is not enough to fill the budget deficit we currently have. Also, it could drastically impact many people in our state. We need to remember budgets are not just line items; they also include livelihoods of West Virginians. A combination of cuts and new revenue is a more long-term outlook for our budget future.  “

Fluharty also plans to seek a change in the overall budget process.

“I believe how we budget in the legislature needs to change. For the past two years, the budget has taken up the vast majority of our time,” the John Marshall High graduate said. “That leaves real policy changes on the backburner.

“I will be advocating a Constitutional Amendment for a biennial budget process. It works in other states, and it will work here,” Fluharty said. “By moving towards a biennial budget, leaders will have to think more long-term instead of using a band-aid approach every year.” 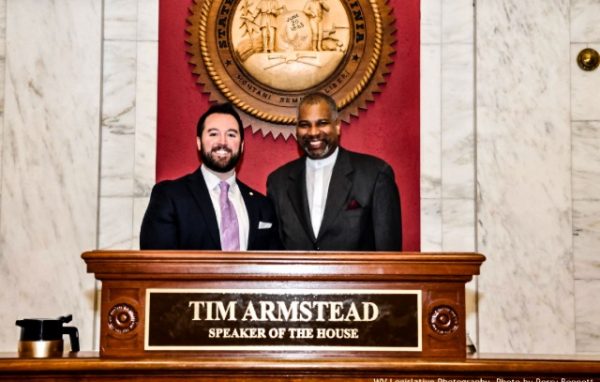 Gov. Jim Justice is scheduled to deliver the State of the State Address on Feb. 8, and Storch is eager to listen to what ideas the billionaire presents concerning the state’s finances.

“I have to see if he is all smoke and mirrors right now, or if he is going to move forward with what he said during his speech at the inauguration? That’s what I hope to find out very quickly during the session,” she said. “I did like it when he mentioned limiting bureaucracy in the Department of Education because I believe he was right when it comes to that department.

“My frustration with Gov. Tomblin was that he was making these cuts each year, but our budget always increased every year, and the population in the state decreases every year,” Storch explained. “I know there are costs that are going to exist, but I think we’ve made too many excuses to employ more and more people in state government.”

Storch, who is beginning her fourth term in the House of Delegates, has learned as a member of the chamber’s Finance Committee that funds may be discovered by auditing the spending and operations of each state department.

“I believe we need to take a very good look at our budget because there’s money hidden all over Charleston because there is money re-appropriated without it going back to the budget. We all know that when you have a departmental budget, you can’t risk losing any of it, so you dream up ways to keep that money,” she said. “It’s a ridiculous amount of money, and we have to make some tough decisions.

“We do have a serious budget issue we need to address, and I believe leadership will have to look at increasing taxes in some way,” Storch continued. “Last year we increased the cigarette tax and took from the Rainy Day Fund to fill the gap, so I am sure there will be a lot of different ideas that come from the governor and from leadership.” 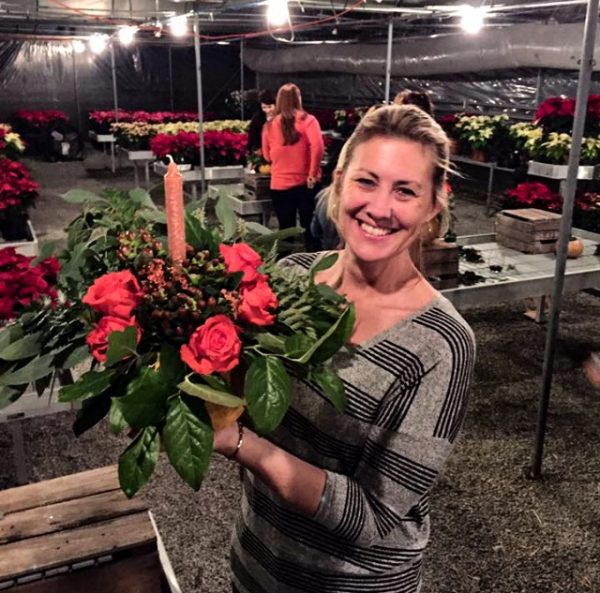 Del. Storch enjoyed the most recent Christmas more than most because of the stroke she suffered at the end of August.

Both Fluharty and Storch are members of imperative committees in the House of Delegates, and each of the legislators has met with representatives of local organizations, directors of fairs and festivals, and with constituents with concerns. While the budget hole looms large, the Third District representatives will arrive at the state capital determined to prompt improvement for the Northern Panhandle.

“I know I am going to continue my efforts to get 3 percent of the oil and gas tax to come back to the areas where the fracking and drilling is taking place in our state so those funds can be put toward road repair and improvements,” Storch said. “I’m sure that will be met by opposition just like it has been in the past, but I believe it’s something that should happen because we saw the impact on our roads the last time the traffic was busy in this area.

“I am also working on a bill that will increase the historic tax credit from 10 percent to 25 percent because of how important that is in the Third District,” she said. “I hope to explain what such an increase could do for this area and several others around the state, and there is a return on that investment, and that’s what I believe will be most attractive.”

Fluharty offered a number of proposed pieces of legislation during his first two years in the House of Delegates, and this regular session will be no different.

“First and foremost, the ‘Stay in the State Act’ needs serious consideration this session. It is one of the only solutions introduced to solve our retention problem we have in keeping our young people here,” he explained. “I will also be introducing new revenue bills, including an iGaming bill to help our tracks compete with the ever-evolving industry and also generate revenue for the state.

“I also plan on moving forward with sportsbook legislation that will do the same,” Fluharty said. “Other pieces of legislation I will be introducing include a bill to expand grandparents’ rights in West Virginia.  With our current drug epidemic, families are being ripped apart, and grandparents are having a difficult time obtaining custody of their grandchildren due to our strict laws. I also have a bill that would not allow insurance companies to use your credit history when issuing insurance because we have an unfair system now where the same policy is not the same cost for those applying simply due to a credit score.” 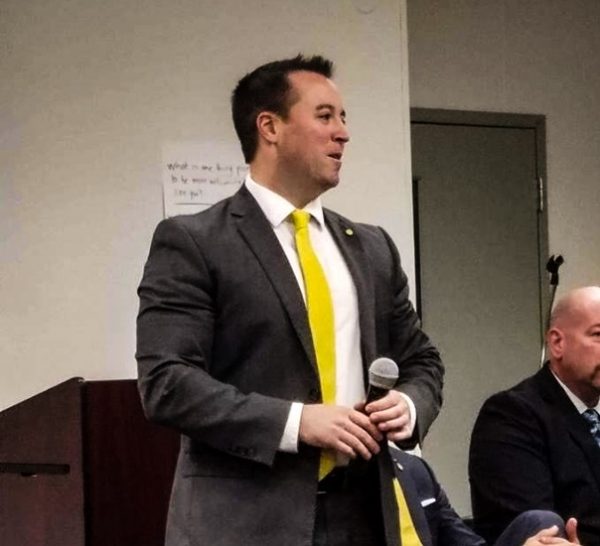 While running for re-election Fluharty attended many functions and town halls.

Fluharty ran twice before gaining a chance to represent the Third District in 2014 and was one of only a few Democrats from the Northern Panhandle to win re-election in November. He believes one reason voters approve of his performance was the cooperation he and Storch utilize in order to provide the district with the best representation possible.

“Prior to the session Del. Storch and I have been meeting with various groups and community leaders in Ohio County to prepare for the session because it is all about accumulating as much information as possible on certain issues prior to getting to Charleston,” he explained. “Too often the Northern Panhandle is a forgotten area under the dome, so I like to be as prepared as possible on the issues we face by the time I get there and also be able to display what is working here like RESA does.

“During the session, we communicate regularly, and we are on different committees, which is great for our district because we have our eyes and ears on the entire legislative process, and it allows us to track bills and give a head’s up to each other on certain issues we’re following,” Fluharty added. “I think the best attribute for both of us is that we are straightforward legislators. We are both there for the betterment of our district and put that ahead of any personal beliefs or political parties. It’s a pleasure working with her in Charleston.”

This will be the first regular session Storch will attend since suffering a stroke in late August. Fluharty, of course, was one of the first to contact her family and was relieved to learn doctors in Pittsburgh reported she would recover. 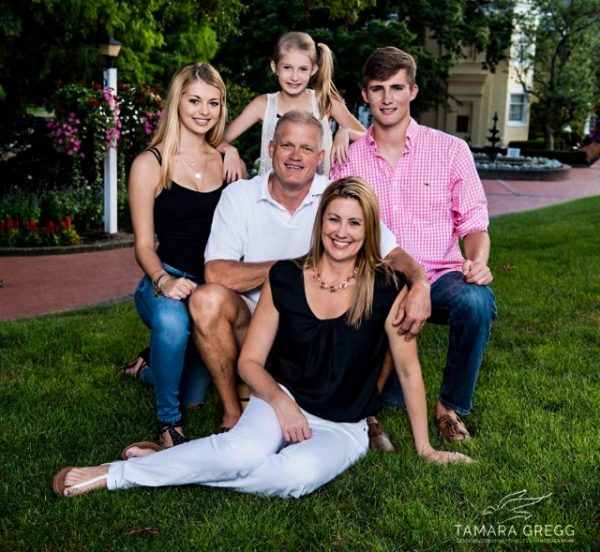 Del. Storch, her husband Tom, and their three children.

The two lawmakers have had differing opinions the past two years, but they remain united in battling for the concerns expressed to them the past several months.

“We wanted to have a town-hall style meeting before the session, but it sneaked up on both of us because of the holiday and then the inauguration, but we have had several conversations about what people have told us about their needs and what they hope to see happen,” Storch said. “I am hoping that we can still do that kind of meeting with constituents soon after the session begins because it’s important to both of us to give the voters that opportunity.

“I believe we work very well together, and we have an advantage because we both work on a variety of committees that are important to the Third District,” she explained. “That allows us to reach out to each other so we can share what is being said and worked on in those different committees so we know how to move forward with working on our most important issues. And, for the most part, we work on the most important committees, so it’s important that we have those discussions, and we both recognize that.”