Last year on November 7, a box truck arrived with a 20 foot tall cardboard structure of a picnic basket, donned with an over-sized ant, plate and a set of utensils that could be used to feed Jack-and-the-beanstalk’s Giant. The anticipation is always high when the box truck arrives. In 2013, a cardboard version of the Wheeling Suspension bridge arrived and was sturdy enough to be walked across. 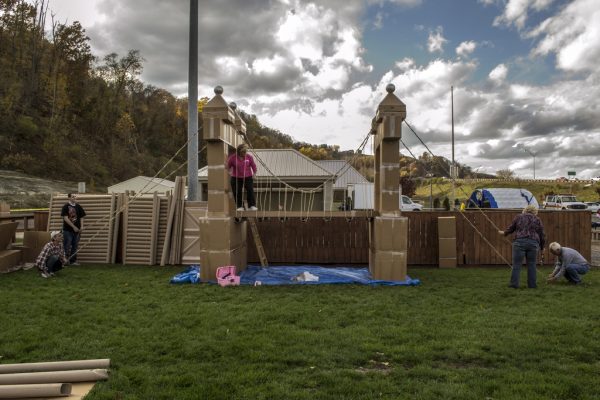 Many people live by To-Do lists and I am one of “those” people who have more than one list. This week’s list:
• Cardboard
• Paper
• Tape
• Scissors
• String / rope
• Crayons
• Water based markers
• Chalk
• Aluminum foil
• Battery powered lights
The list of items above is for a project but the project is going to be built in one of the most unusual places, the J.B. Chambers sports complex. Most of you know it as the I-470 fields where you play baseball in the summer. Youth Services System, Inc. is working outside of the box and hosting the 5th annual Wheeling SleepOut on November 6th. Some of the most unusual structures will be built using the items on the new list. This event is the largest fundraiser of the year for Youth Services System, Inc., which helps local kids who are homeless.
Finn Loy didn’t start out trying to be the largest overall fundraiser for homeless kids in the Ohio Valley, but he was doing just that on November 8, 2013! 7 year old Finn raised over $2,700 and won the grand prize, a trip to see the Pittsburgh Steelers! 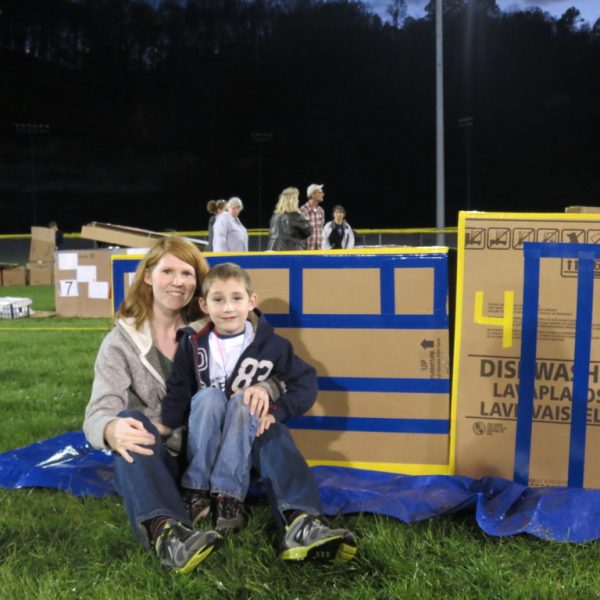 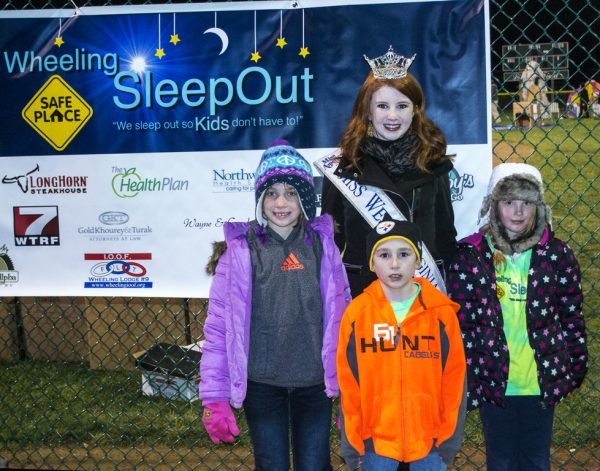 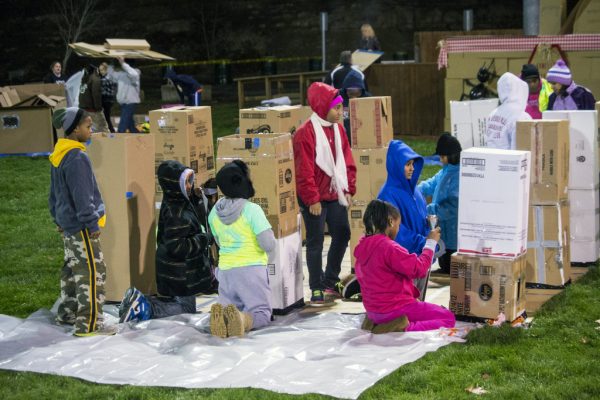 Everyone is welcome to register a team and join in the fun! Bundle up, add layers and bring plastic tarps to lay your sleeping bag on. 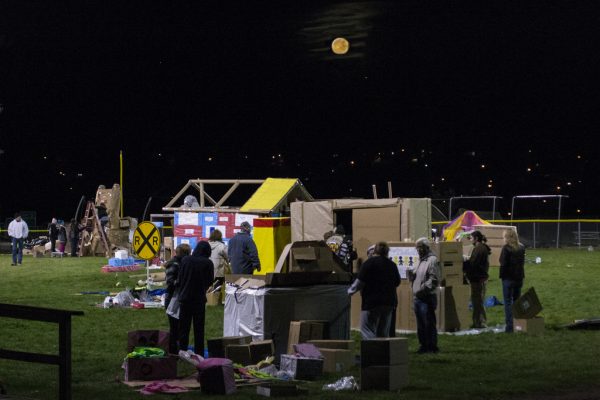 Last year, as the moon came up, the temperatures dropped to 20 degrees. The moon was full and you could virtually watch the frost form on each blade of grass. The bands played on, even in the cold. They were just as determined as the participants to stay warm, have fun and carry on. 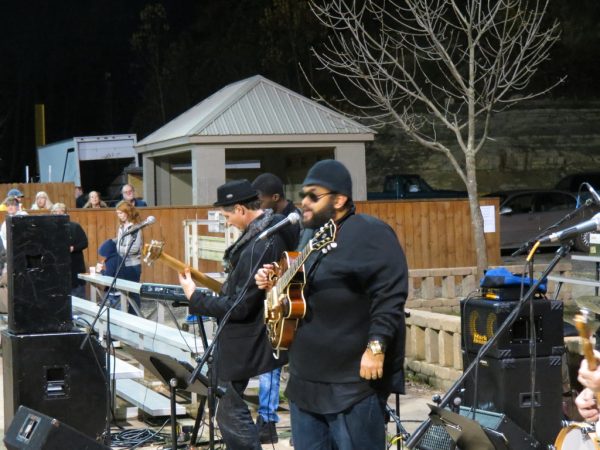 This year we are adding more heaters by the band to help keep their fingers warm and nimble. 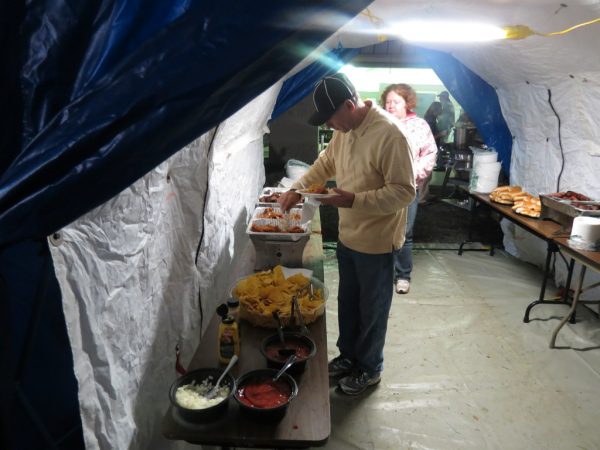 After having a wonderful meal prepared and donated by Charlie Schlegel from the Ye Olde Alpha, trophies will be presented, ribbons handed out and volunteers, participants, donors and sponsors will be thanked. 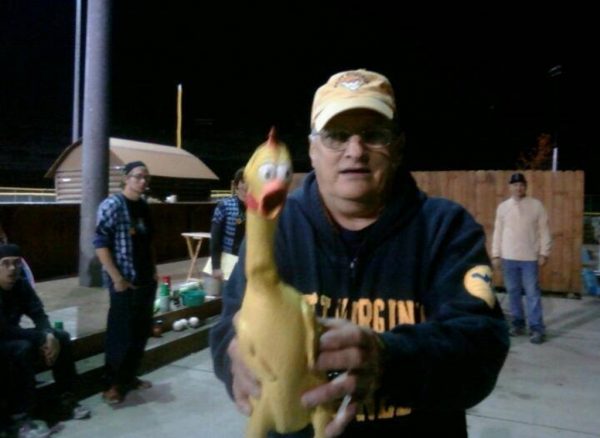 Don Chamberlin hosts the field games. Last year was the first time I grabbed a rubber chicken and tried to toss it into a bucket. I was unsuccessful last year but will try again this year. 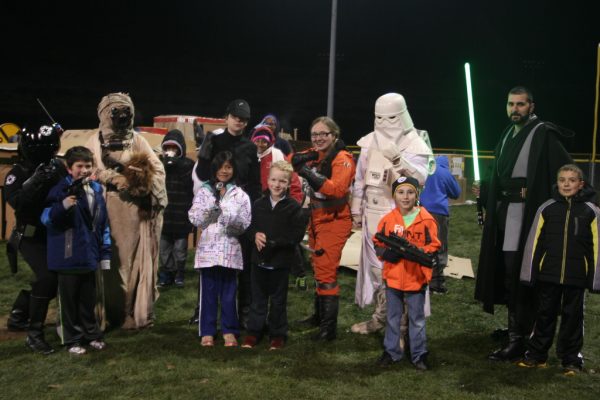 If you are a Star Wars fan, November 6th is a great night to be at the I-470 fields.

My husband and I and our son Liam will be building a structure to sleep in. Last year we made a working claw machine and it was filled with paper air planes. Our intention is not to make the biggest castle, the most amazing structure; we are not looking to impress the judges or other participants. We are looking forward to working together to create memories of a fun night sleeping outside in the cold, watching the moon come up, eat great food, listen to energetic music, play a few games and raise funds to help the homeless youth in the Ohio Valley.
Register a team at www.wheelingsleepout.org. The entry fee is $25/ person and you ask for donations to support your team. A huge thank you goes out to Greg White from Grand Vue Park for donating the grand prize. Whoever raises the most money wins a weekend cabin at Grand Vue Park, four all day passes and two all day zip line passes. All proceeds from this event support Youth Services System, Inc. to help local homeless kids.
For the faint of heart, who don’t want to freeze, get rained on or sleep on the ground, general donations are accepted before and after the event, on line at:

http://wheelingsleepout2015.kintera.org/faf/donorReg/donorPledge.asp?supId=0&ievent=1146418&lis=1&kntae1146418=FFD0312EE1454A3B96FD461E946DD96E
The Wheeling SleepOut theme this year is More Than Meets the Eye. What does a homeless youth look like? A homeless youth can be attending school and working after school, aging out of foster care but sleeping on friends’ couches.
The reason for the Wheeling SleepOut is the youth that YSS serves who are approaching adulthood. For most young people, the time between ages 17-21 is the start on their life—finishing school, going to college and becoming employed.
This year, the Wheeling SleepOut will take place starting at 4:00 pm on Friday, November 6 at Lisa’s Field in the JB Chambers Sports Complex.
Our fundraising goal is $50,000 and over $23,000 has already been raised. If you want to support a team, find them on our website or give a general donation.
Liam and I will snuggle in to our sleeping bags in a cardboard box, drift off to sleep knowing that we are doing this for kids who are homeless.
It’s time to scratch off a few items on the list and get creative.
Please join us on November 6th at the I-470 ball fields!
For more information www.wheelingsleepout.org,
Tammy Kruse 304-218-2869, email tkruse@ysswv.com
Photos courtesy of Jim Wallace, Odd Fellows, WJU students, WVNCC students, WLU students, YSS employees and volunteers.