The 2015 Mountaineer Brewfest is set for this weekend, and those returning to the event should expect more craft beer, better access, and exactly the same attractions causing so many volunteers to pledge their time and efforts in staging this new festival.

Founder Jeff Hayes explained that last year’s larger-than-expected crowd taught him and his committee members a few lessons, and that experience will be evident to all those who travel to Heritage Port in downtown Wheeling this Saturday afternoon.

“We survived last year, and yes there were a lot of growing pains,” explained Hayes. “The day before last year’s event we had 400 tickets sold, and then on the day of the event we had over 1,200 walk-ups. It was impossible for us to predict that, to be quite honest. 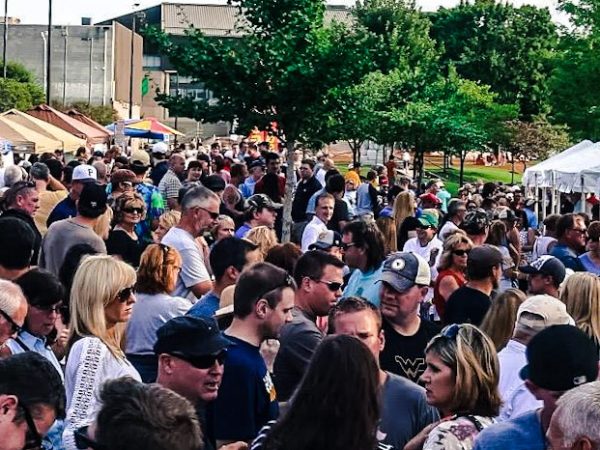 General admission tickets are priced at $25 each, and VIP access is $65.

“The wonderful thing about last year was that we did a great job with so many things, and we had a lot of great sponsors, a lot of great entertainment, and a lot of great food,” he continued. “We did have a few craft brewers who ran out of beer, but this year we are making plans to have plenty of beer for this year’s event.”

Along with the additional amount of beverages, Hayes said the festival will offer more admission stations, and several more porta-johns positioned throughout the Heritage Port area. Hayes and his committee members also decided to limit the number of general admission and VIP tickets that will be available this Saturday.

“We are only selling 2,000 of the general admission tickets and 200 of the VIP tickets,” Hayes said. “There is a new plan for the VIP tickets this year, too. We are opening the gates an hour early for those with VIP tickets, and those folks will also get some extra samples and a commemorative growler this year with the Mountaineer Brewfest logo on one side and the Wheeling Brewing Company logo on the other side.

“The VIP tickets will also come with food vouchers this year,” he said. “Our VIP tickets are nearly sold out, so if there is someone out there who wants to purchase one, they need to do that as soon as they can.”

General admission access is priced at $25, and VIP tickets cost $65 each. Those electing to purchase VIP passes will be admitted one hour earlier and will be entertained by the Hillbilly Gypsies beginning at 3 p.m. 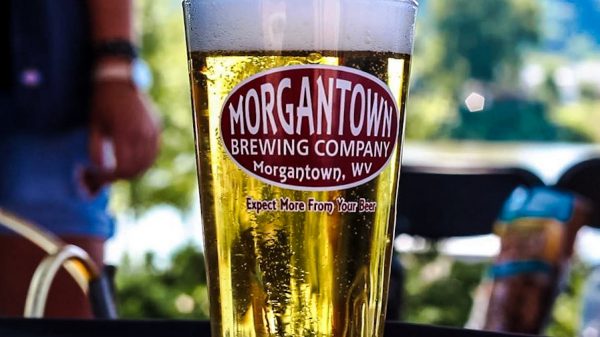 The gates will open for all others at 4 p.m., and the live entertainment is set to start at 4:30 p.m. with local band Zane Run on the festival’s main stage. The U.S. Kids will follow Zane Run, and then the headliner, Hayes said, is the band Airborne out of Pittsburgh, Pa. Performer Kevin Hamric will play acoustic sets in between the main-stage bands.

Patrons will also have the chance to enjoy what several local food vendors will have to offer, including menu items from the Vagabond Kitchen in downtown Wheeling, Ideal Provisions out of Bridgeport, Ohio, Mountaineer BBQ from Wheeling, and Baby Boyz BBQ in Toronto, Ohio.

“This idea just came to me one morning in March 2013,” Hayes admitted. “Because we had Heritage Port and there are so many other festivals that are a success each and every year, I thought an idea like this one could work in Wheeling. 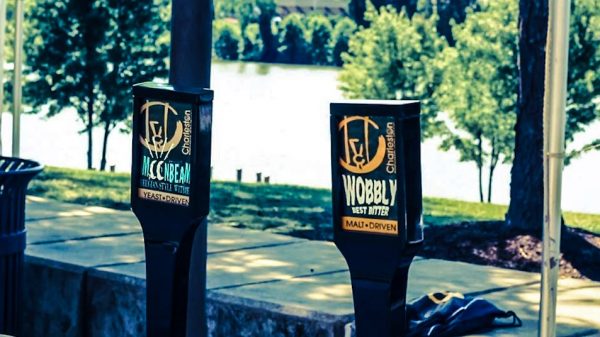 Craft brewers from throughout West Virginia will be in Wheeling on Saturday.

“I wanted to bring West Virginia’s craft brewers, great music, and great food here to Wheeling to see what we could make happen,” he said. “I immediately called a friend of mine and told him about the idea, and he said it was a great idea, so I moved forward. I even tried to make it happen in 2013 but it was too hard to get it off the ground that year, so we started it last summer.”

Attendees must be at least 21 years old and will need to show a government-issued photo identification card in order to attend. All craft beers offered during the 2015 Mountaineer Brewfest must be licensed products in the state of West Virginia, Hayes said, and the event will officially kick off West Virginia Craft Beer Week in the Mountain State.

Craft brewers traveled as many as six hours to participate in last year’s event, and Hayes expects just as many this year. In addition, the Wheeling Brewing Company is set to return this year, as well. In the future, he said, even more brewers should be making the trip to the Friendly City thanks to the work of Mountain State lawmakers.

“The Legislature has really opened up the licensing for craft brewers in West Virginia, and that’s why next year we expect to see the number of craft brewers in the state grow dramatically,” Hayes explained. “And the other thing our lawmakers did was open up the growler law, and that means they can be available now on shelves for purchase and take-out. 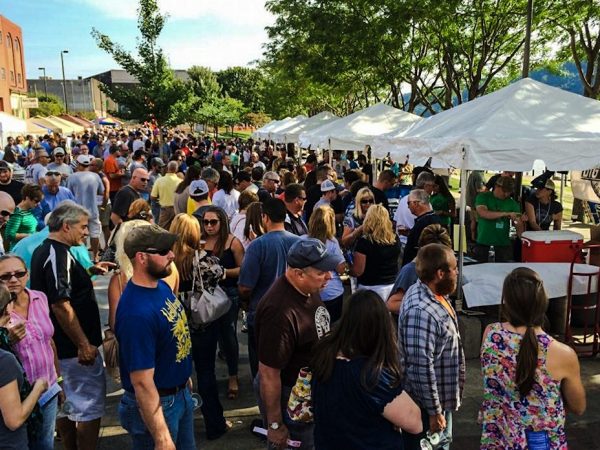 Approximately 1,200 walk-up patrons surprised the organizers of the Mountaineer Brewfest last year, but they have taken steps to ensure a large crowd is a happy crowd.

“It was really about expanding the availability for craft brewers crated right here in West Virginia, and that will allow the industry to catch up with what a lot of other states have already done,” he said. “And that also means we will have several more from this area participating in the annual Brewfest, and we’re excited about that.”

Hayes and his committee members began planning the Saturday festival in January, and they volunteered many hours during the past eight months so the non-profit could once again donate the earnings to a local organization.

“This year our proceeds will go to Harmony House because it’s a child advocacy center that does great work for our area’s children,” Hayes reported. “We look forward to working with all of their volunteers who will be on hand to help us with this year’s festival.

“After all of the accounting is complete, we will present the Harmony House with our donation,” he continued. “Last year our proceeds went to Wheeling Health Right, and we were able to donate to that organization a donation of $6,000. Also this year we will have once again representatives of the Saints & Sinners operating our beer garden, and all of the tips that they receive will be donated to the Harmony House, as well. Last year they were able to donate an additional $1,500 to Health Right on top of the $6,000 that we donated.” 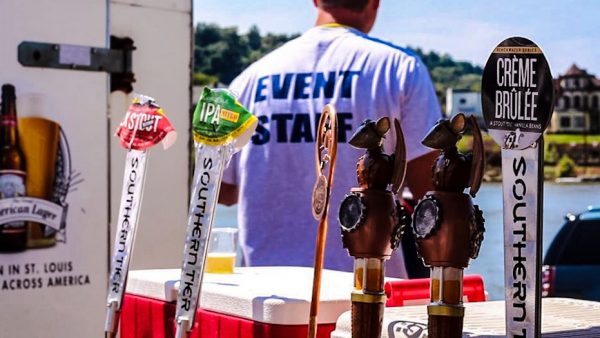 A number of different brands of beer will be available for sampling, and the live entertainment is scheduled to begin at 4:30 p.m.

“We are very fortunate to have Wheeling Island Hotel-Casino-Racetrack again come aboard as our title sponsor. President and General Manager Osi Imomoh and Senior Director of Marketing Kim Florence have been supporters of the vision we have for this festival from day one,” Hayes said. “Look for some exciting additions to our festival that we will be announcing in the upcoming weeks along with Wheeling Island Hotel-Casino-Racetrack.”

“Without the investment from these sponsors our festival would not be able to sustain our commitment to bringing what we believe is one of the best events to the Wheeling Heritage Port,” said Hayes. “Despite the issues that we experienced last year, it was still a great day because a wonderful organization like Wheeling Health Right received a $7,500 donation, and we hope we can offer the Harmony House the same this year.”

The 2015 Mountaineer Brewfest is a rain or shine event. Please feel free to visit www.mountaineerbrewfest.com to purchase tickets and for more information.