It may seem like a wait-and-see situation for fans of the Wheeling Nailers, but the team’s coaches have not approached preseason training camp with an uncertain roster in mind.

For head coach Jeff Christian and his assistant coach Riley Armstrong, the two weeks leading up to Opening Night this Saturday against Brampton have presented an opportunity for many young players with professional aspirations.

“A lot of these guys are getting an opportunity that they normally wouldn’t get what with all the preseason camps taking place at the same time,” said Christian, who became the 16th coach in franchise history. “We’ve been able to evaluate a lot of players because we all know there are opportunities throughout the year because of the way our roster changes. From that angle, it’s been a great way to start the season.

“Last year we had between 40 and 50 guys on our roster, and we had 19 different players who went up to the AHL, and most of them came back to us,” he continued. “It’s a constant roster change, and that’s why ECHL stands for ‘ever-changing hockey league.’ We recruited before the season, but that process continues throughout the year, and that’s because this level of hockey is all about development.” 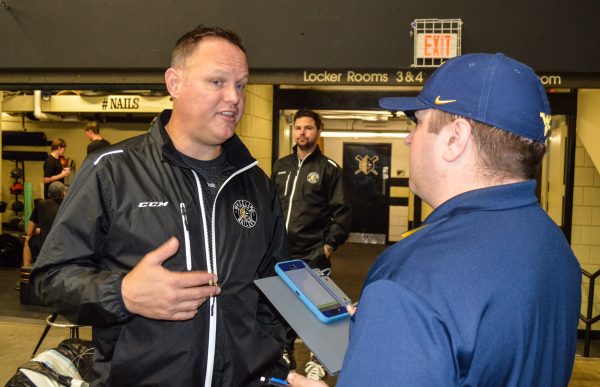 Head coach Jeff Christian explained to local media last week that winning and developing his players are his primary goals.

Armstrong, a former forward who played professional hockey for 11 years and spent two games with the San Jose Sharks during the 2008-09 season, says he completely understands why many of the players now assigned to Wilkes Barre hope not to return to Wheeling.

“Sure, we are hoping that we get a lot of our guys back from the AHL, but at the same time I hope some of them get to stay, too, because that’s part of my job now that I am coaching and not playing any longer,” he said. “That’s why these guys play the game. They want to move up. We are hopeful, though, that our roster will be ready to go when it’s time for the season to begin.”

The Pittsburgh organization did make moves during the weekend, including reassignments for six players to the Wheeling roster as the franchise approaches the beginning of its 25th season inside Wesbanco Arena. Fan favorite Derek Army joined Garret Meurs, Danny Fick, Kevin Schulze, Josh Shalla, and Nick Sorkin in the Friendly City this week.

“We want to win for the people in Wheeling, and last year we went all the way to the finals, but in the end Pittsburgh wants us to develop their players,” said Christian, a professional hockey player for 21 seasons. “Expectations are high around here because of last year’s success, and we feel that pressure because we want our fans to come back for the beginning of our season. 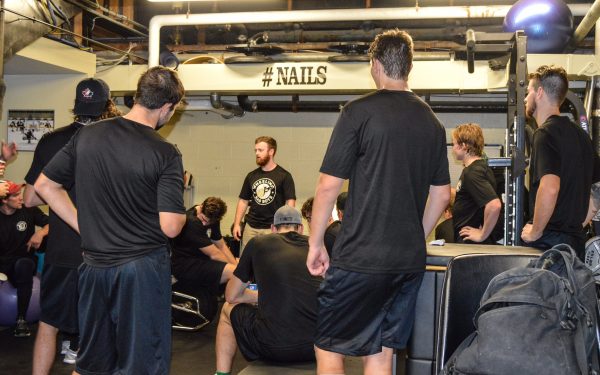 “We definitely want to build on what we accomplished last year,” he said. “That’s why we are all working together this preseason to get it all started the right way from Day One, and as it continues, we’re hopeful that some of our guys who are in AHL camp will come back to us soon so we can get the team together and ready for that first game.”

“And that’s why some of them had to work through their nerves,” the assistant coach reported. “But I know it’s very important for them to show us they can play because they are well aware of the process concerning the ECHL.

“We can’t sit here and expect anything for certain right now, and that’s why we have to go with the players that we have right now,” Armstrong continued. “We do know that some players will inevitably trickle down to us because that’s how this all works. The players know that, and so do we, and that’s why it’s very important for the guys we have now to make the most of the opportunity.” 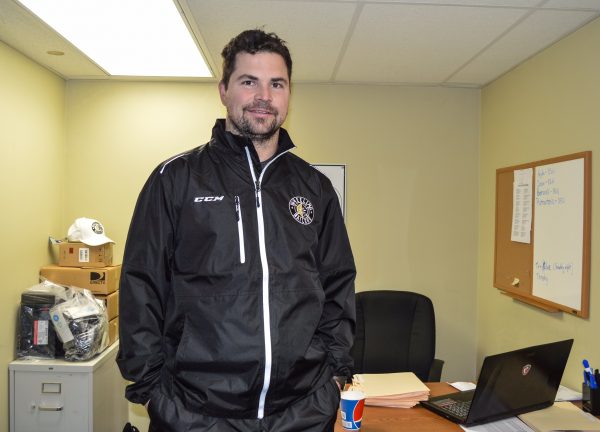 Riley Armstrong decided to begin his coaching career this year after 12 professional seasons.

What is unique with the Nailers is the “Penguin Way,” a system put into place by the Pittsburgh organization when Clark Donatelli was the Nailers’ head coach with hopes the system will create consistency on all levels. Armstrong, whose brother Colby was a member of the Pittsburgh organization from 2002-2008 and played 181 games for the Penguins before he was traded to Atlanta, believes the system has worked from top to bottom, and the fact Wheeling advanced to the Kelly Cup finals during the same season the Penguins won the Stanley Cup is proof.

“I think a lot of it is just being a professional. It’s about how you go about your work and how you play the game of hockey,” he explained. “These guys are getting paid to play hockey, so they have to go about it like it’s their job because it is their job. They have to come here ready to work and ready to play the game the way they are supposed to.

“It’s the same system they use in Wilkes Barre and in Pittsburgh, and that means our guys will be able to step right in when they are promoted to the higher levels,” he said. “That way they are able to step right in, play their game, and be part of that system on another level. It’s the same drills, the same approaches, and right now I believe we’re the only organization in hockey that goes about it the same way on every level.”