The local talent and the tradition of theater in the Friendly City are only two reasons why those who appreciate Oglebay Institute’s Towngate Theatre should plan to attend an amazing and amusing fundraiser event on Thursday, May 21.

Popular hypnotist Tom DeLuca will make a special one-night-only appearance at Towngate Theatre to generate funds for the historic church-turned-theater that has provided onstage arts since 1969. 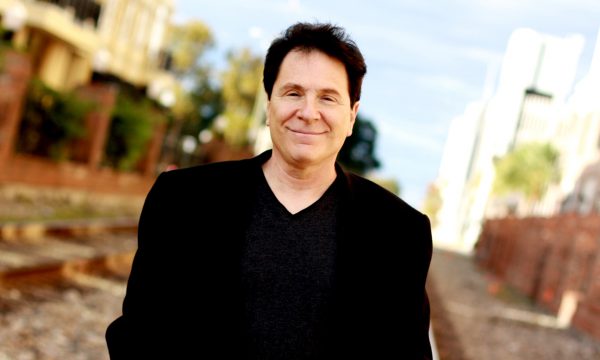 According to Oglebay Institute’s Misty Klug, event organizers invite the public to join in a night of entertainment and intrigue with this hip hypnotist who weaves light-hearted comedy, motivational messages, and the power of suggestion to deliver an interactive show that celebrates the imagination.

“From the Towngate Theatre to the Schrader Center and here at the Stifel Arts Center, it’s always about creativity,” she continued. “If you look at education these days, it’s all about creative problem-solving now because the educators have realized just how important the imagination is. I believe sometimes we have to remind ourselves how important our imaginations are.” 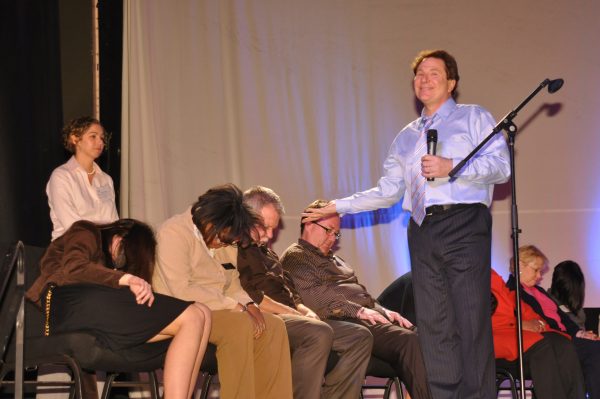 DeLuca’s show is a lot of fun and interactive.

Presented by the Friends of Towngate and sponsored by Drs. Presutti, Derosa, and Booth Family Dentistry, the show will begin at 7 p.m. and will be followed by wine, refreshments, and an array of delectable desserts.

“We could not have events like this one with Tom DeLuca without the support of our sponsors and our Oglebay Institute membership,” Klug said. “Since they have contributed enough to bring Tom to Wheeling, it allows us to raise the funds through the ticket sales, and that’s one of the reasons why we are so excited for this event.

“I believe sometimes people forget that Towngate is community theater because of the quality of the performances,” she explained. “The funds that are generated by tickets sales, though, cover only about 50 percent of the expense, and the rest comes from our supporters. That’s because we do our very best to keep costs as low as possible so the shows are affordable for everyone.”

Klug explained that the one-on-one hypnotist-turned entertainer travels the country to perform comedic hypnosis shows and conduct workshops for colleges and corporations. A nationwide icon in his industry, DeLuca has been named College Entertainer of the Year four times. The New York Daily News described him as “…one of the most fascinating and entertaining acts we’ve seen in some time” and Variety said his ” …‘imaginism’ makes for a most unusual evening of entertainment, one that takes the idea of ‘audience participation’ to its outer limits.” 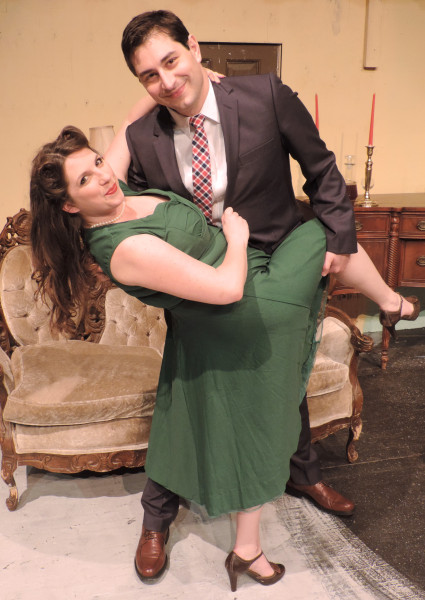 “Tom is friends with our very own Craig Karges, so that’s how we were able to bring him to the Towngate Theatre,” Klug said. “He includes a lot of comedy during the show, so we are looking forward to really enjoyable evening.

“There are 166 seats in the theatre, so if there are people who are interested in attending and supporting Oglebay Institute, I would suggest that they get their tickets very soon,” she said. “Tom is a national performer, and he’s coming to Wheeling, so I think we’re pretty lucky to have a talent like him coming to the Towngate.”

DeLuca has appeared on “Good Morning America,” “CBS Morning Show,” “Dateline” NBC, CNN, PBS, and many other national television and radio talk shows. Featured articles on his show have appeared on the front page of The Wall Street Journal and in Fast Company, Rolling Stone, the New York Post and L.A. Times, to name a few.

“Everyone in the house will feel a part of this lively show and will have a ball,” said Friends of Towngate president Bob Gaudio. “This is our major fundraiser for the year, and it is a vital part of keeping live, local, and true community theater at the Towngate alive for our area.  The Friends of Towngate are going all out to make the evening of May 21 a tremendous, memorable event.”

In a press release distributed by Oglebay Institute DeLuca said his show illustrates and how even the simplest suggestion can move into our consciousness and influence our behavior and how powerful people’s imaginations can be.

“The show enables the audience to go on a journey with the onstage participant,” he said. “What keeps it fresh for me is having those people on stage who are just really creative and special, and the audience travels with them. They identify with or witness those intricate magical moments that we all share. 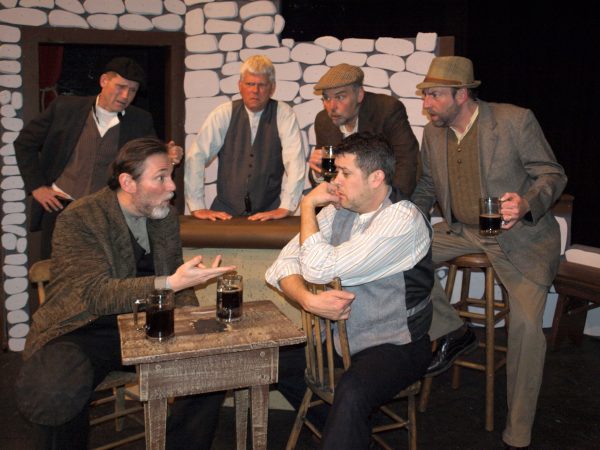 Maurice Walsh’s The Quiet Man, which was staged last season.

“Tom recognizes the importance of the imagination, and his performances illustrate how valuable a tool it can be,” said Klug. “His show is a perfect fit for this special theater that has been inspiring the imaginations of Ohio Valley residents for 45 years.”

According to Klug, Towngate Theatre was constructed in 1850 as a Congregational Church and remodeled for use as a Lutheran Church in 1852. In 1969, Oglebay Institute purchased the Zion Lutheran Church, and with funds raised by members of theater community extensive renovations were performed to transform this historic church into a performing arts center.

More than 300 productions have been staged at Towngate along with countless musical concerts and performing arts classes, allowing thousands of performers to express their creativity, Klug added. In 1998 cinema was added, and hundreds of award-winning films have been shown in this intimate setting. 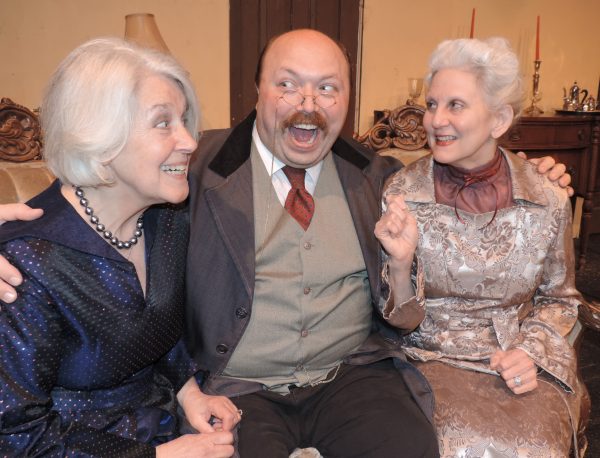