It’s about saving a small sliver of a culture that is vanishing, and it’s about a passion for the past inside the soul of Wheeling resident Anna Harsh.

The Allegro Dance Company has produced a documentary to preserve traditional Italian dances titled “La Danza – Bridging Time through Dance,” and the film will make its official red-carpet premiere this Thursday at 7 p.m. at the Ohio County Public Library. The 30-minute documentary features four traditional dances from several regions of Italy and explores how they are passed on from one generation to the next.

This event is free and open to the public, and it will include a brief reception with refreshments after the screening to meet and greet the creative team and dancers. 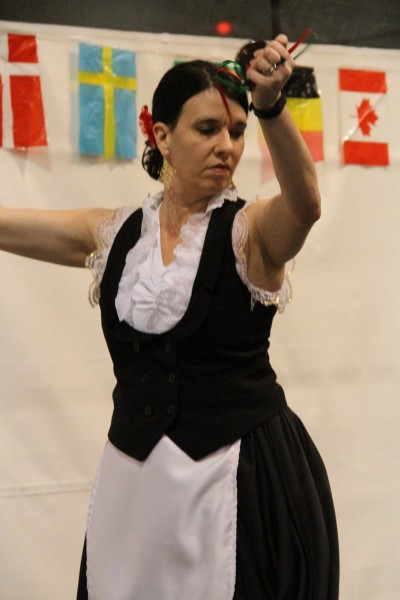 Anna Harsh founded the Allegro Dance Company a little more than 20 years ago.

“This project has been in the works ever since I started the Allegro Dance Co. a little more than 20 years ago,” Harsh explained. “And then we picked up the pace of the project just a few years ago after I collected a lot more footage on the trips I have taken to the different regions of Italy.

“Some of these dances are more than 2,000 years old, and I had the opportunity to learn them so I could bring them back to teach our students here,” she continued. “At first, I was told to jump right in and learn them because that’s how they are taught in Italy. Then the teacher taught it to me step-by-step because we teach the dances differently here in the United States.”

According to Harsh, the documentary will be available at the Ohio County Public Library following a multi-city tour. The film also will be made available at the Frank and Jane Gabor West Virginia Folklife Center at Fairmont State University and will be utilized as an educational tool to teach these traditional dances in schools and universities throughout the United States.

“We feature four traditional folk dances in the documentary, but in reality we are just scratching the surface,” Harsh admitted. “There are hundreds of dances out there that will disappear if something is not done to preserve them.

“I have been performing these dances since I was a child,” she said. “I am excited that community will have the experience and opportunity to see these rare and beautiful dances. Sharing this film with so many audiences is a true honor to those that came before me and taught me about heritage and pride of being Italian.  Traditions and stories are told in our music and dance.  What an opportunity to leave such a wealth of knowledge and culture behind for future generations to learn and enjoy.” 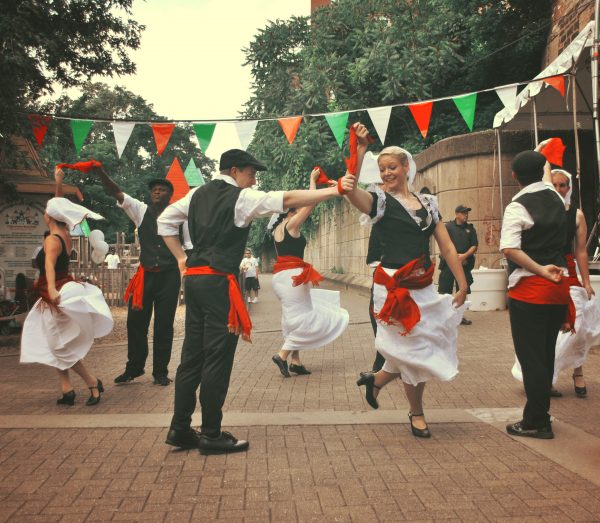 These dancers do more than entertain – they also tell historical stories about the Italian way of life.

The featured dances tell stories about how life was lived at the time of their creation, Harsh explained, and throughout the history of the Allegro Dance Co. the heritage has been represented with every performance.

“These dances are not only a part of my heritage and a part of my personal history, but they are about American history, too, because of how many Italians immigrated to the United States and brought that culture to America and to the Upper Ohio Valley,” she said. “That makes preserving this culture twice as important in my mind.

“The last chance rests with my generation, I believe,” Harsh continued. “It’s always been my belief that something has to be done before that history is gone forever.”

Harsh said this project is being presented with financial assistance from the West Virginia Humanities Council, a state affiliate of the National Endowment for the Humanities. Any views, findings, conclusions, or recommendations do not necessarily represent those of the West Virginia Humanities Council or the National Endowment for the Humanities. This documentary is also sponsored in part by the Upper Ohio Valley Italian Heritage Festival in Wheeling.

“The Italian culture looks at dance a little differently sometimes as compared to how we look at dance here in the United States,” she said. “There are many dances that tell stories about life itself. We do one dance that is about how water was collected for an Italian community, and through it you realize how the people had water to drink, to wash their clothes, and to water the gardens and the flowers. That’s something we take for granted today.

“Dancing is not always just physical movement for the sake of entertainment in some cultures like the Italian culture, and that’s why we consider ourselves storytellers during our performances,” Harsh said. “We can sometimes say so much more through dance than we can with words. That’s why I consider it my job to do as much research as I can so we can preserve as much of this history as we can.

“And that’s the focus of this documentary, and that’s why we are all very excited to share what we have done with the public on Thursday night,” she added. “We have a very strong population of Italian-Americans in the Upper Ohio Valley. That’s why the Italian Festival is a huge success every year and why we are hoping for a great crowd this Thursday.” 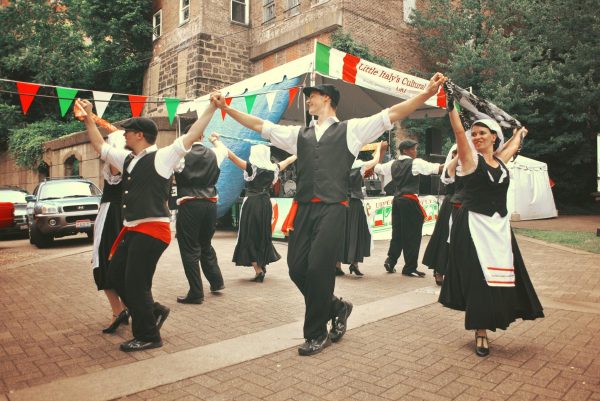 (Photos made available by the Allegro Dance Co.)